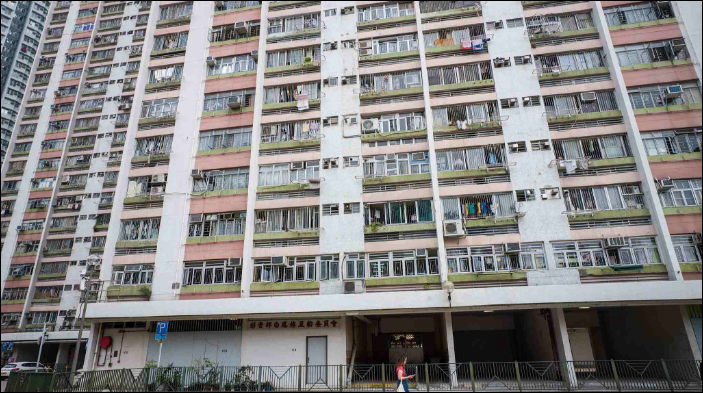 A block of the Choi Wan public housing estate in Hong Kong, where there were signs of rat infestation, September 28, 2018. (Photo: VCG)

A Hong Kong man has developed the world's first ever human case of the rat version of the hepatitis E virus, according to new research from one of the city's leading universities.

There had previously been no evidence the disease could jump from rats to humans, the University of Hong Kong said Friday, warning the discovery had "major public health significance."

"This study conclusively proves for the first time in the world that rat HEV can infect humans to cause clinical infection," the university added.

The disease was found in a 56-year-old man who persistently produced abnormal liver function tests following a liver transplant.

He could have contracted the illness through food infected by rat droppings, researchers said, according to details of the findings reported in the South China Morning Post.

The man lived in a housing estate there were signs of rat infestation outside his home. He is now recovering after being treated for the virus, the SCMP added.

The human version of hepatitis E is a liver disease that affects 20 million people globally each year, according to the World Health Organization.

It is usually spread through contaminated drinking water.

Symptoms include fever, vomiting and jaundice, and in rare cases liver failure.

Rodent problems in Hong Kong have escalated in recent months because of a sustained spell of hot and humid weather.

Hong Kong has been hit hard by disease outbreaks in the past.

The bubonic plague, carried by rats, swept through the Chinese mainland and its Hong Kong in the late 19th century, killing thousands.