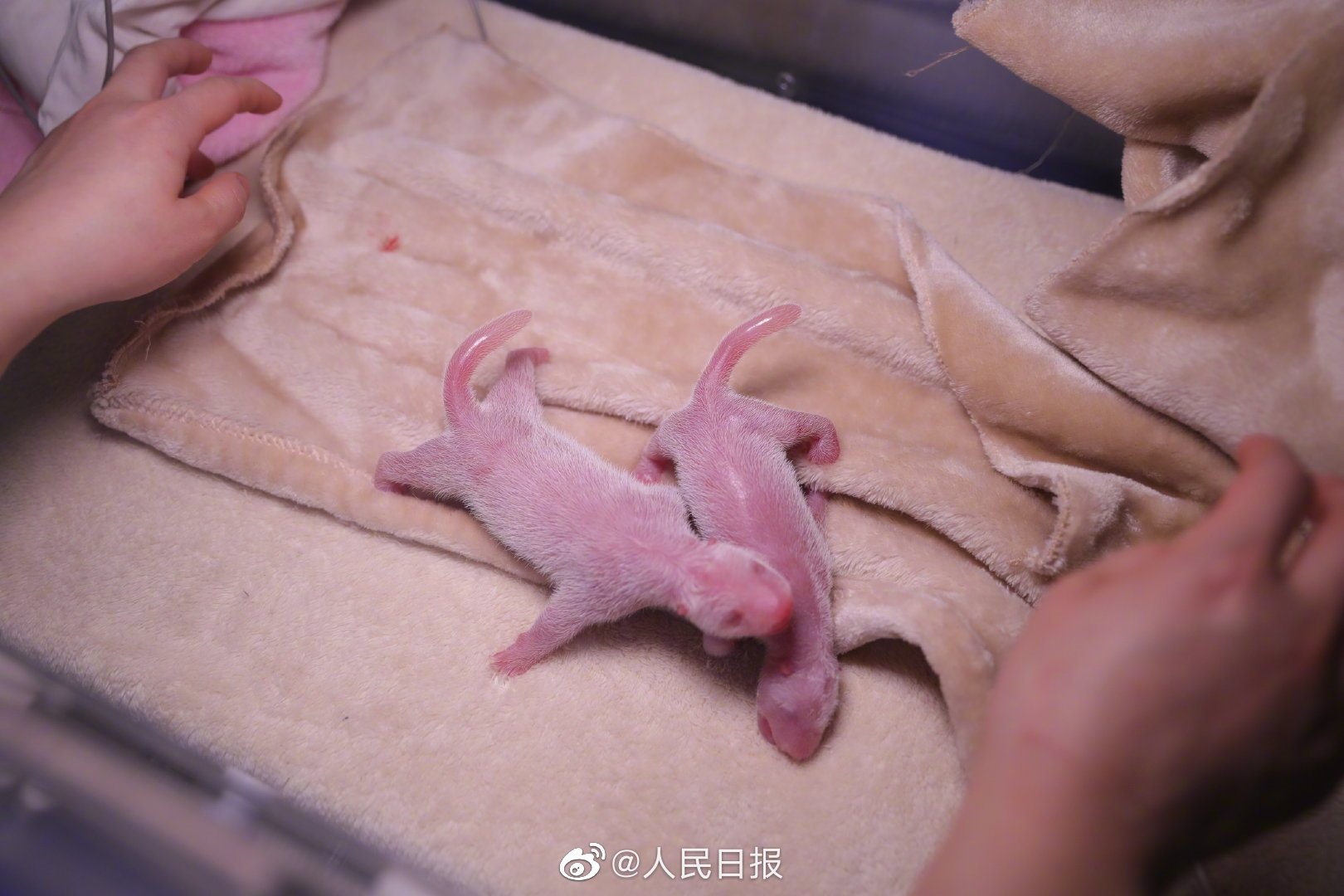 CHENGDU, March 18 (Xinhua) -- The China Conservation and Research Center for the Giant Panda on Tuesday welcomed the birth of the world's first pair of captive-bred giant panda twins this year.

The mother panda Fuwa gave birth to the male twins, weighing 159.8 grams and 119.5 grams, respectively, on Tuesday. Both are healthy and breast-fed by their mother, said Wu Kongju, an expert with the center.

"The twins are the earliest to be born in any year on record at the panda base, which surprised all of us," she said.

Wu explained that it is very rare for giant pandas to have estrus in winter and give birth in spring.

This is the fifth time for Fuwa to become a mother. Turning 17 this year, she now has eight babies.

After the outbreak of COVID-19, the panda center based in Chengdu, capital of southwest China's Sichuan Province, has made a swift response to store a large amount of bamboo to ensure a sufficient supply of food for the pandas.

Wu said spring is the time when giant pandas are normally in estrus and mating. The center's research teams and breeders are closely monitoring the mating.