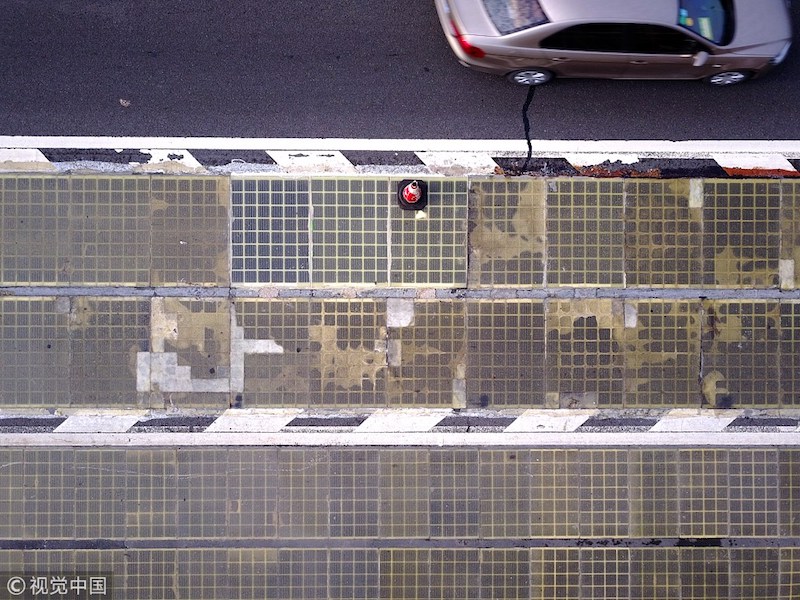 Jinan (People's Daily)- Debut of the world’s first solar powered expressway in Jinan, East China’s Shandong Province, grabbed both China’s and the world’s attention last December. However, the 1.1 km road of photovoltaic panels has repeatedly suffered battery damage and the road has to close often for maintenance. 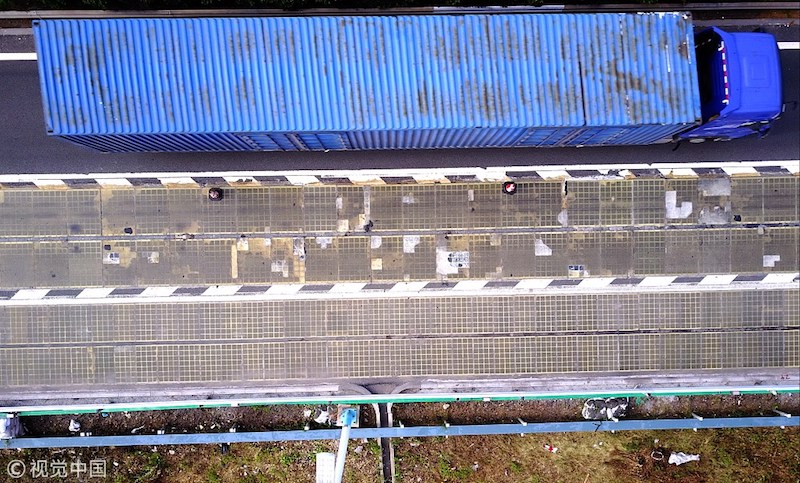 The damage is mainly caused by heavy trucks and rain water, and removal of dirt and other contaminants also remains a problem. (Photos: VCG) 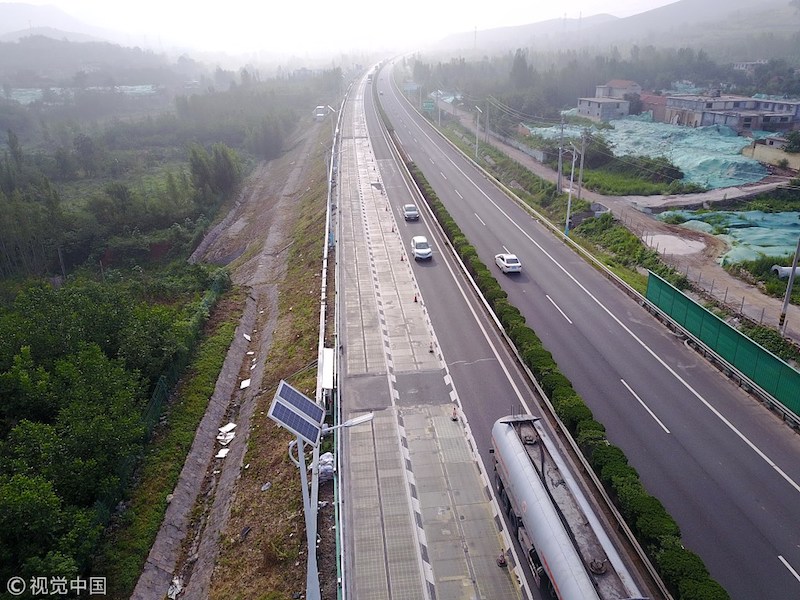 So far, the surface of the solar road appears patchy because of the various repairs being made. 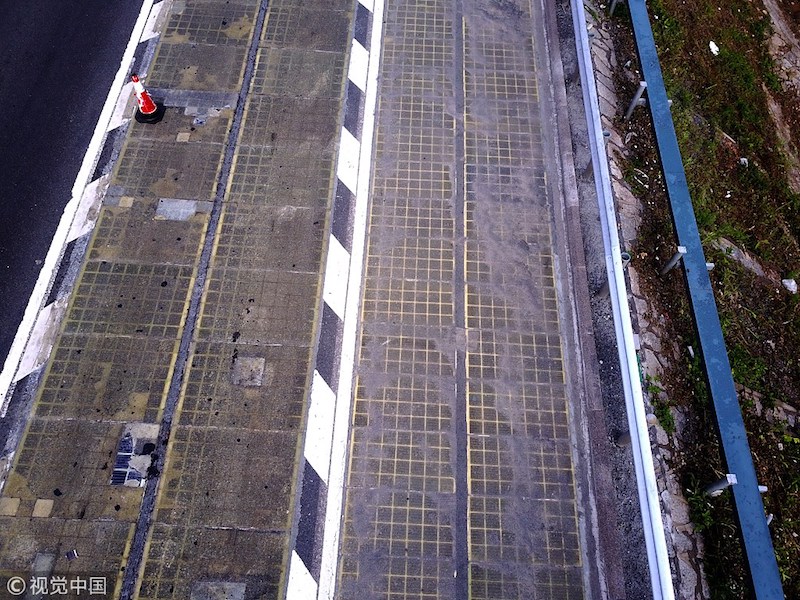 Photo taken on June 30, 2018 shows the solar energy powered express way in Ji’nan is closed for repair due to damage of photovoltaic batteries placed on the road surface. 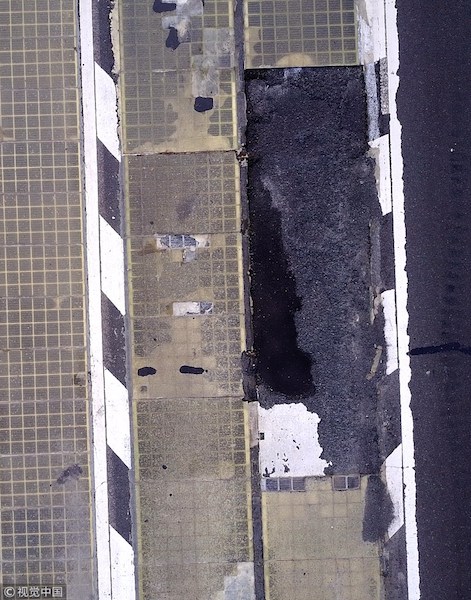 It seems that this experimental expressway still faces many challenges.