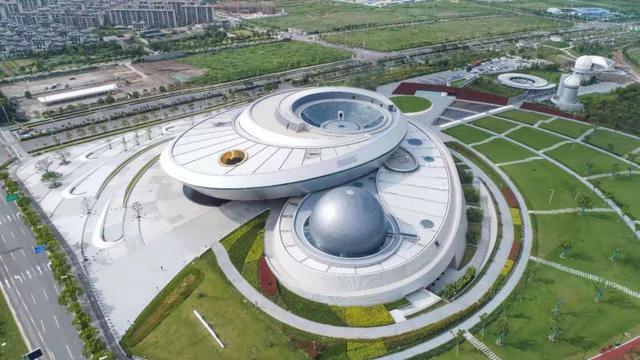 SHANGHAI, July 17 (Xinhua) -- The Shanghai Astronomy Museum, the world's largest planetarium in terms of building scale, officially opens on Saturday and will be open to the public from Sunday.

Covering an area of approximately 58,600 square meters, the museum is located in the China (Shanghai) Pilot Free Trade Zone Lingang Special Area. It is a branch of the Shanghai Science and Technology Museum.

The museum's exhibits include approximately 70 meteorites, covering those from the moon, Mars and Vesta, as well as over 120 collections of artifacts such as works of Isaac Newton, Galileo Galilei and Johannes Kepler.

Some of the lunar soil brought back by China's Chang'e-5 lunar probe will also be displayed to the public.

An educational adaptive-optics solar telescope and double-focus one-meter telescope are installed in the museum for scientific research and to popularize science.