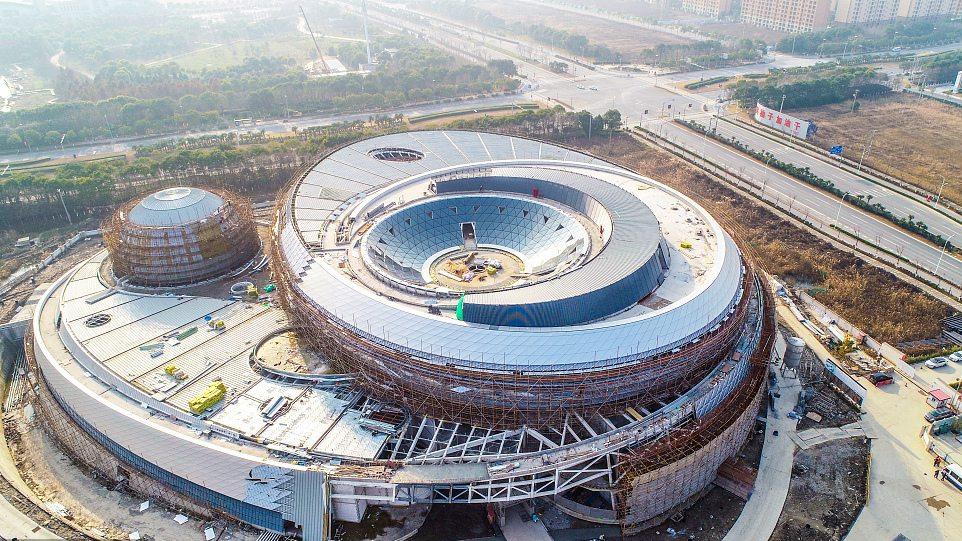 A view of the Shanghai Planetarium under construction, Jan 22, 2019. (Photo: VCG)

The main structure of the Shanghai Planetarium was completed on Wednesday. The facility is expected to be ready by the end of 2020.

Located in Lingang in Pudong New Area, the Shanghai Planetarium will be the world's largest with a total area of 38,164 square meters when it officially opens in 2021.

The planetarium consists of one main structure and other buildings, such as observatories with telescopes that allow high-definition observation of the surface of the moon and planets, a youth camp area, and a solar tower equipped with optical devices that can show high-definition sunspots, solar prominence and other astronomical phenomenon.

The main idea behind the design of the planetarium is influenced by astronomical principles like orbital motion. The building has three principal forms – the oculus, inverted dome and sphere – which work together to track the sun, moon and stars.

The overall planning and design of the exhibition area has also been completed. Visitors can explore the sky with advanced international planetarium projection in the area themed "Home". The "Universe" exhibition area will analyze the law of the universe operating from five perspectives: time and space, light, gravity, and elements and life. The history of human's exploration of the universe will also be illustrated in an area named "Journey".