URUMQI, June 30 (Xinhua) -- The Beijing-Urumqi Expressway, the longest desert-crossing expressway in the world, fully opened to traffic on Wednesday after the last section of the route in northwest China's Xinjiang Uygur Autonomous Region was put into operation. 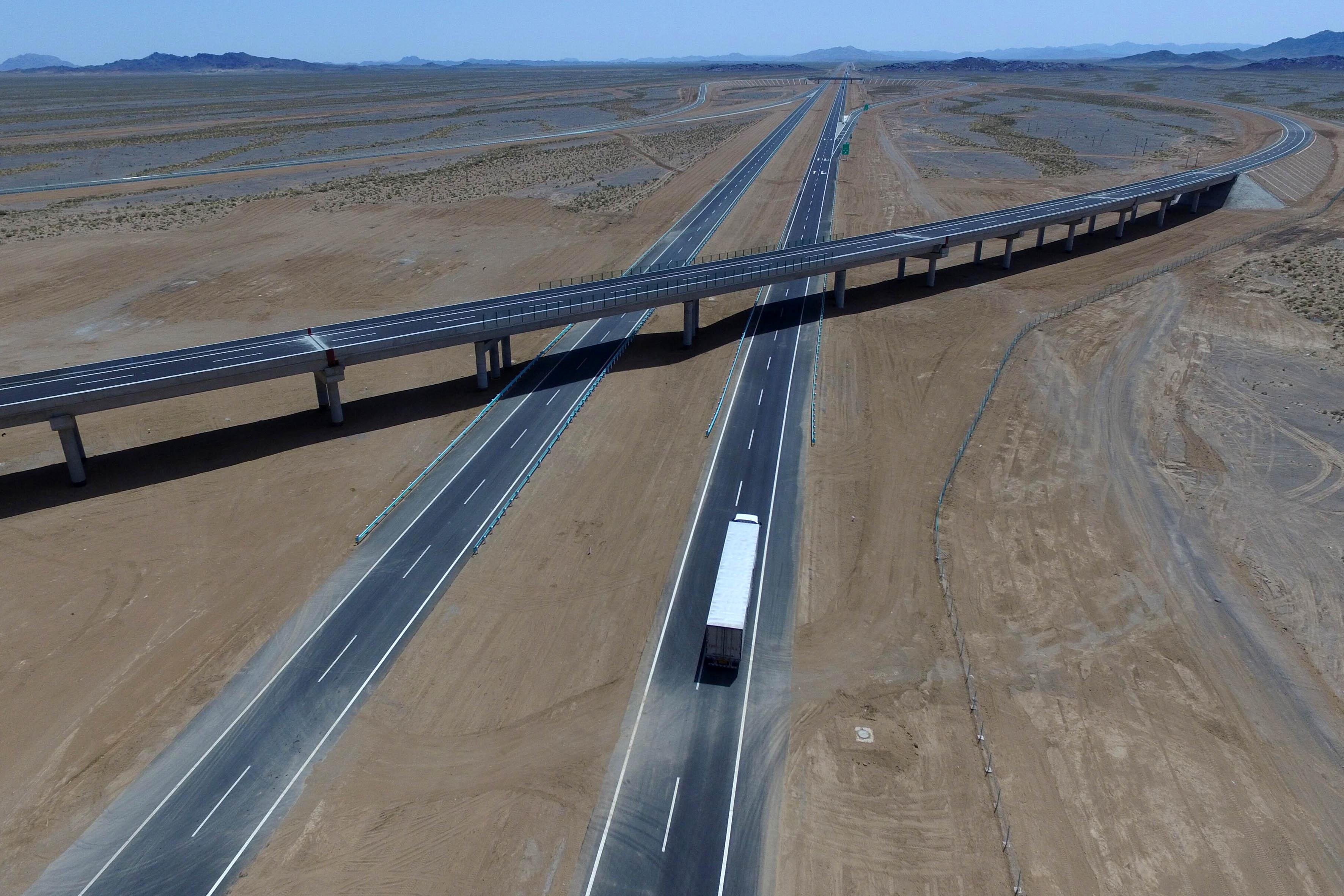 The expressway linking the Chinese capital Beijing and Urumqi, the regional capital of Xinjiang, has a total length of 2,800 km, with over 500 km passing through desert and no man's land.

Besides Beijing and Xinjiang, the expressway passes through four other provincial-level regions -- Hebei, Shanxi, Inner Mongolia and Gansu in the north and northwest of China.

It cuts the road distance between Urumqi and Beijing by 1,300 km, making it the fastest road to cross north China.