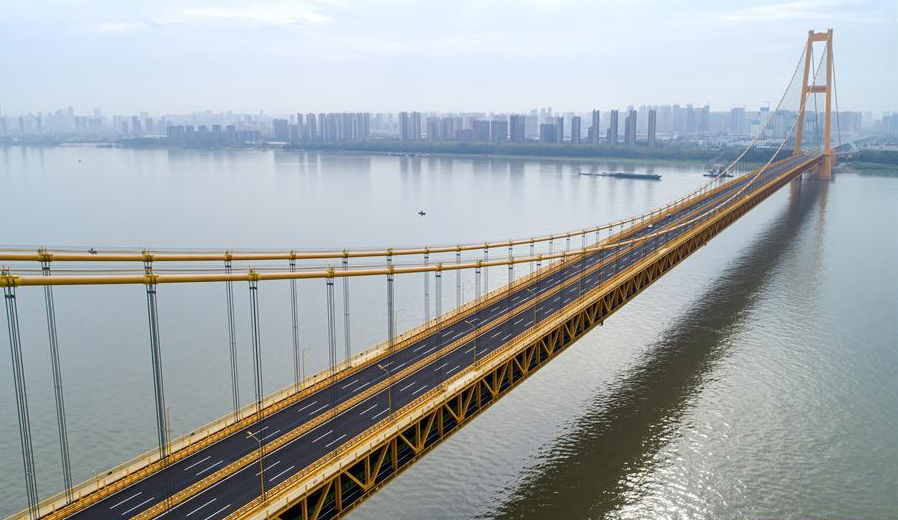 WUHAN, Oct. 8 (Xinhua) -- A double-deck suspension bridge with the longest span in the world opened to traffic in Wuhan, capital of central China's Hubei Province, on Tuesday.

The first double-deck road bridge over the Yangtze River, with a 1,700-meter-long main span, stretches 4.13 km in total length.