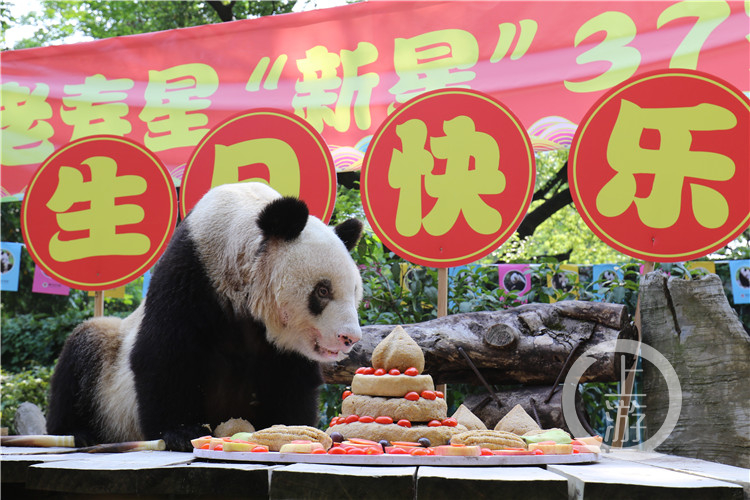 CHONGQING, Aug. 23 (Xinhua) -- A zoo in southwest China's Chongqing Municipality on Friday threw a birthday party for its celebrity "granny panda" who turned 37, equivalent to more than 100 human years.

Xinxing, born in Sichuan Province in 1982, is the world's oldest captive giant panda. She is the matriarch of a huge family of 137 pandas. Her offspring are spread across the globe in more than 20 countries and regions including the United States, Canada and Japan.

On Friday, Xinxing was treated with a fruit birthday cake at the Chongqing Zoo, accompanied by over 100 panda fans.

The celebrity panda is in good physical condition, except occasional high blood pressure, according to Yin Yanqiang, the zoo's technical director. She weighs 98 kg and eats 30 kg of bamboo shoots, 0.5 kg of bamboo leaves, 1 kg of apples and 70 grams of refined feeds each day.

Xinxing was brought to the Chongqing Zoo at the age of one. She visited Calgary, Canada during the 1988 Winter Olympics and attracted over one million visitors.