Archaeologists from China's Zhengzhou University have discovered the world's oldest-known coin mint during an ongoing excavation at the site of an ancient bronze foundry in Guanzhuang, Xingyang city, Central China's Henan Province. 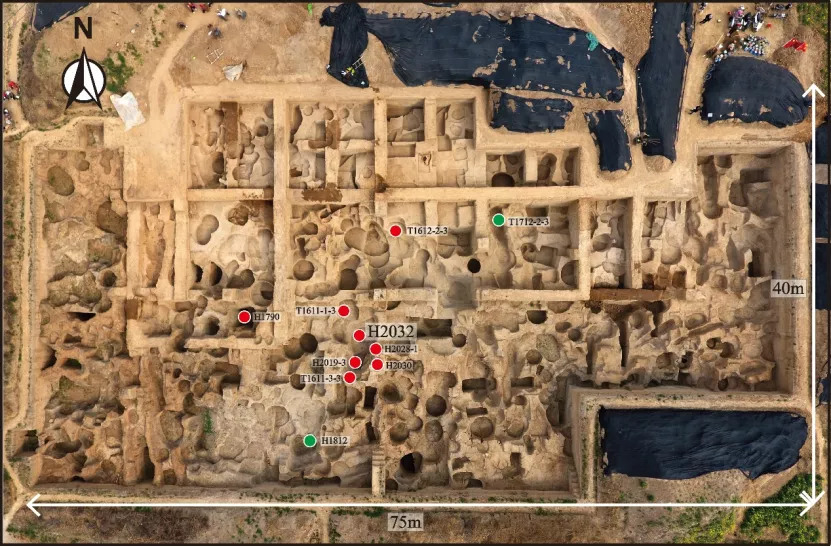 Spatial distribution of the minting remains at Guanzhuang site. (Photo provided by the archaeological team working in Guanzhuang)

According to carbon-14 dating, a method of age determination, Guanzhuang has had formalized coin minting since 640-550 BC, which also made it the world’s oldest mint workshop.

The ancient city of Guanzhuang, established about 800 BC, went through periods from the Western Zhou Dynasty to the middle of Spring and Autumn.

Archaeologists have been excavating the remains of Guanzhuang since 2010. Many manual workshop sites have been identified, involving activities such as bronze casting, pottery making and bone manufacturing. 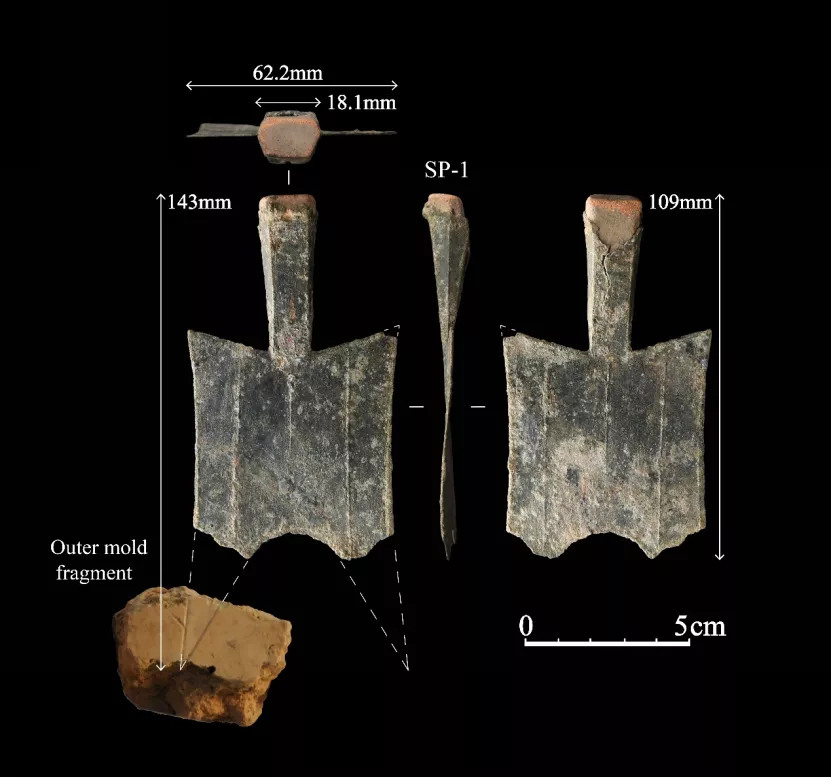 The image of coin SP-1, one of the Chinese spade coins discovered at Guanzhuang site. (Photo provided by the archaeological team working in Guanzhuang)

“At the site, we have found many pits for leftover bits and pieces of bronze,” said Gao Xiangping, the archaeological team leader. The two spade-shaped coins unearthed, called Kongshoubu in Chinese, which circulated during the Spring and Autumn and the Warring States Period, are one of China’s earliest bronze coins.

Starting to mint bronze coins in a formalized matter indicated a critical moment of economic development, said Professor Han Guohe, an archaeology expert from Zhengzhou University. The minting site at Guanzhuang provides a picture for research on the history of currency and social economic mechanism.

The research has been published in Antiquity, an international journal of archaeology.