The world's second captivity-bred Yangtze finless porpoise celebrated turning 100 days old on Monday. The Institute of Hydrobiology (IHB) under the Chinese Academy of Sciences (CAS) made the announcement on Tuesday. 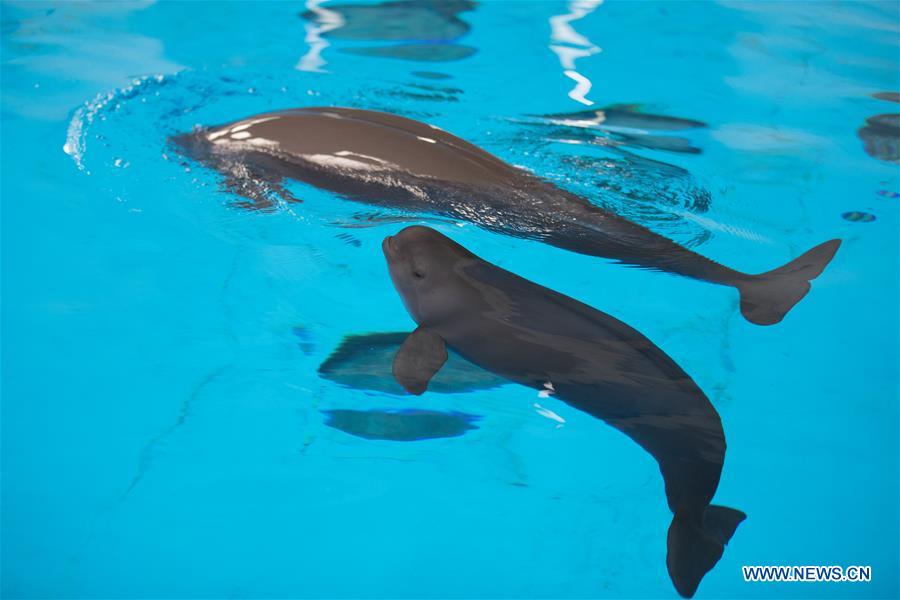 A little Yangtze finless porpoise (front) is seen swimming with its mother at the Institute of Hydrobiology under Chinese Academy of Sciences in Wuhan, capital of Hubei Province, September 10, 2018. (Photo: Xinhua)

The little male porpoise was reproduced via the IHB's artificial breeding program. Born on June 2, 2018, it has been growing up healthy and sound, and has a very high probability of survival, according to the IHB.

A ceremony was held Monday to mark the porpoise's 100 days anniversary at the IHB in Wuhan, capital of Hubei Province.

The Yangtze finless porpoise is closely related to dolphins and its home is in China's Yangtze River and two lakes fed by the busy waterway. This species is known for its mischievous smile and has a level of intelligence comparable to that of a gorilla, but is critically endangered.

The porpoise population in the wild was about 1,012 in 2017, according to a joint survey organized by the Ministry of Agriculture and Rural Affairs.

IHB has reportedly been trying to protect the porpoise for about 40 years, and their efforts of artificial breeding have begun since 1996, leading to the birth of the world's first captive-bred finless porpoise in 2005.