September 3, 2020 marks the 75th anniversary of the victory of the Chinese People's War of Resistance Against Japanese Aggression and the World Anti-Fascist War.

In that life-and-death struggle for the future of mankind, China shared weal and woe with just forces of the world.

Since 2013, Chinese President Xi Jinping has told the stories of China and world anti-fascist forces fighting side by side in World War II, and elaborated on many diplomatic occasions of China's conviction to advance the cause of world peace and development.

On March 23, 2013, in his speech at the Moscow State Institute of International Relations, Xi specifically mentioned the story of Soviet pilot Grigori Akimovich Kulishenko, who came to China to fight with the Chinese people during the Anti-Japanese War. "The Chinese people never forget their hero. An ordinary Chinese mother and her son have kept vigil at his tomb for more than half a century," Xi said at the institute. 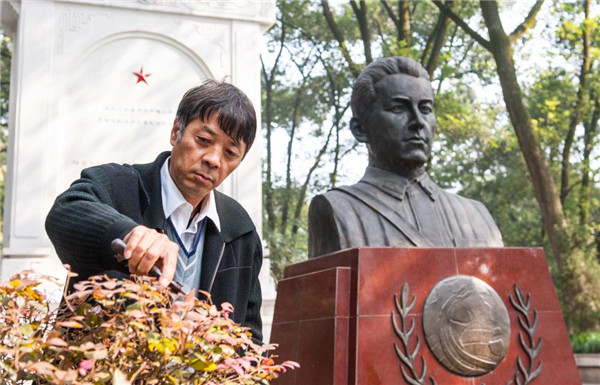 When Xi visited Kazakhstan on September 7, 2013, he spoke at Nazarbayev University about a friendship between Chinese musician Xian Xinghai and Kazakh musician Bakhitzhan Baykadamov during World War II. 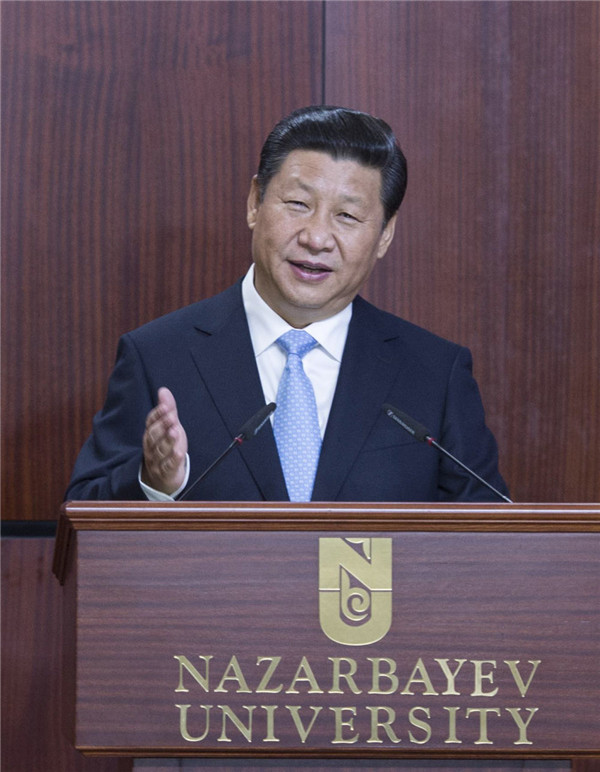 "It was in Almaty that Xian composed his famous works 'Liberation of the Nation,' 'Sacred War' and 'Red All over the River.' He also wrote a symphony ‘Amangeldy’ based on the exploits of the Kazakh national hero. These pieces served as a rallying call to fight fascists and proved immensely popular with the local people," Xi said at the university. 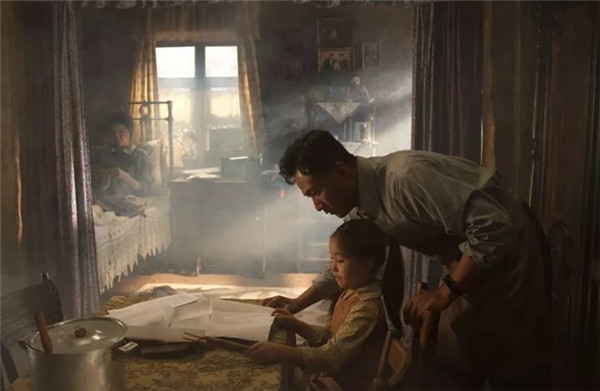 A still image from The Musician, co-produced by China and Kazakhstan, about Xian Xinghai’s experiences in Kazakhstan in 1940s. (File photo)

On March 27, 2014, Xi talked about a French doctor at celebrations of the 50th anniversary of diplomatic relations between France and China. 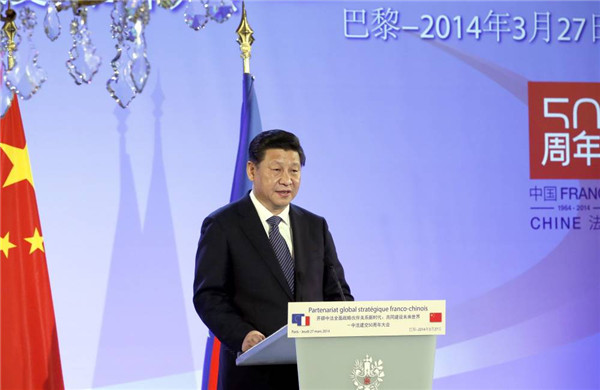 Xi delivers a speech to mark the 50th anniversary of the establishment of diplomatic relations between France and China at the French Foreign Ministry in Paris on March 27, 2014. (File photo: Xinhua)

“We will never forget the important contribution made by numerous French friends to the cause of China’s development: Jean Augustin Bussiere, a French doctor, risked his life to transport much-needed medicine on his bike to a base for countering Japanese aggression in China,” Xi said.

On March 28, 2014, in his speech at the Korber Foundation in Germany, Xi mentioned John Rabe, the German businessman beloved by the Chinese people, who provided refuge to Chinese civilians during the Nanjing Massacre. 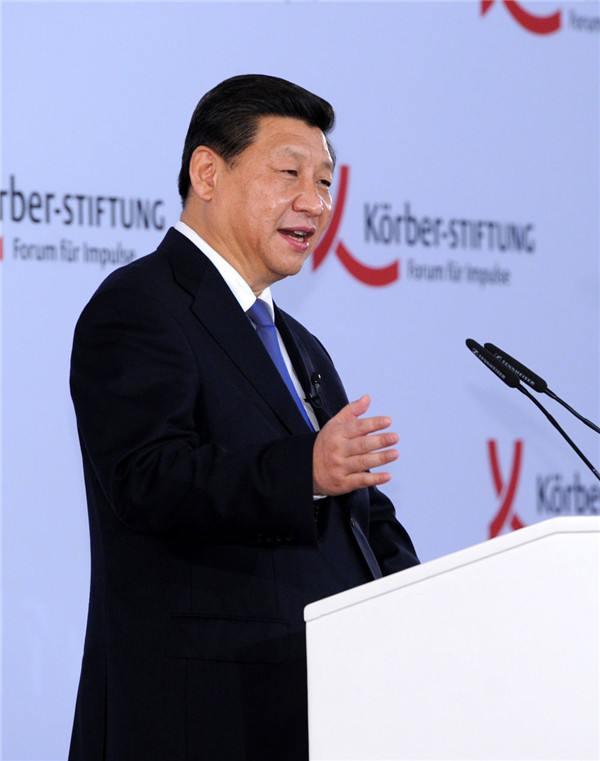 Xi makes a speech at the Koerber Foundation, a nonprofit organization based in Berlin, on March 28, 2014. (File Photo: Xinhua)

"The Chinese people commemorate Rabe for his great love of life and pursuit of peace," Xi said. 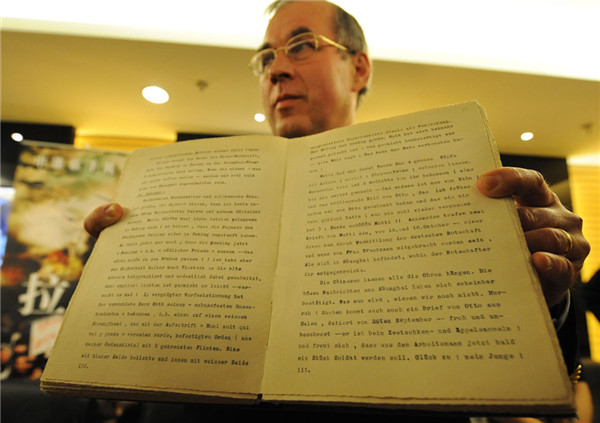 The Diary of John Rabe, a Chinese-German film, is released in Nanjing, Jiangsu Province on April 30, 2009. (File photo)

On July 4, 2014, at Seoul National University, Xi referenced the friendship between Chinese and South Korean people during World War II: "The old site of the Interim Government of the Republic of Korea in China, the Memento of Yoon Bong-Gil in Shanghai, and the site of the former headquarters of the Xi'an Recovery Army have all witnessed that unforgettable history." 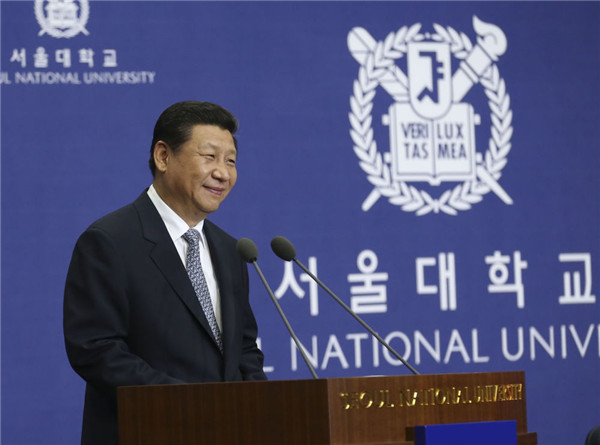 In his speech to the Indian Council of World Affairs on September 18, 2014, Xi specifically mentioned an Indian doctor who he said was a household name in China. 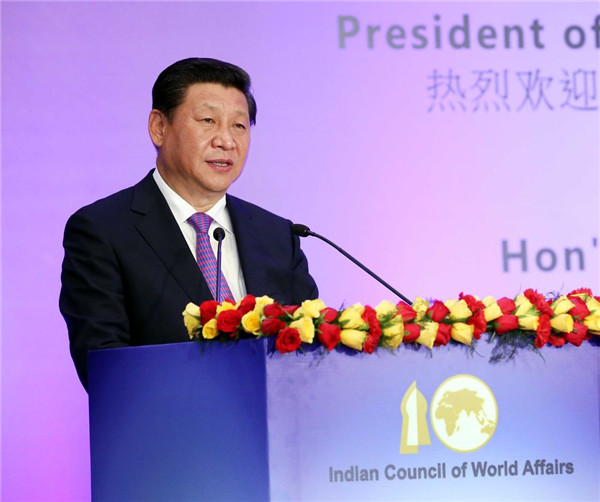 Xi delivers a speech at the Indian Council of World Affairs in New Delhi on September 18, 2014. (File photo: Xinhua)

"The Indian medical mission in China has left behind many touching stories during the Chinese People's War of Resistance Against Japanese Aggression. Doctor Dwarkanath Kotnis, one outstanding representative of this medical team, was laid to rest in China. The Chinese people shall always cherish the memory of this man of great virtue," Xi said. 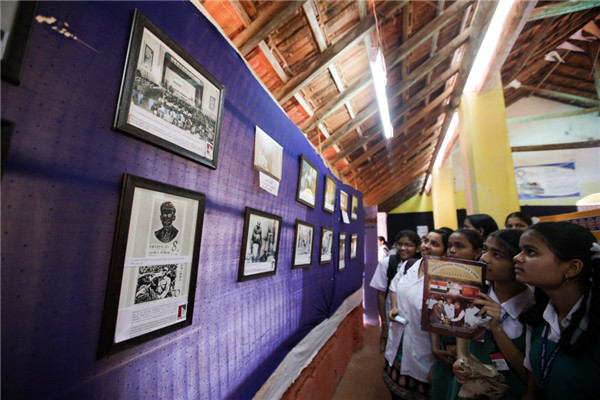 A photo gallery commemorating the 75th anniversary of Dwarkanath Kotnis' participation in the Chinese People's War of Resistance Against Japanese Aggression is held in his hometown of Vengurla, Maharashtra in India on November 23, 2013. (File photo)

In his speech to the British Parliament on October 20, 2015, Xi told the story of China and the UK fighting hand in hand. 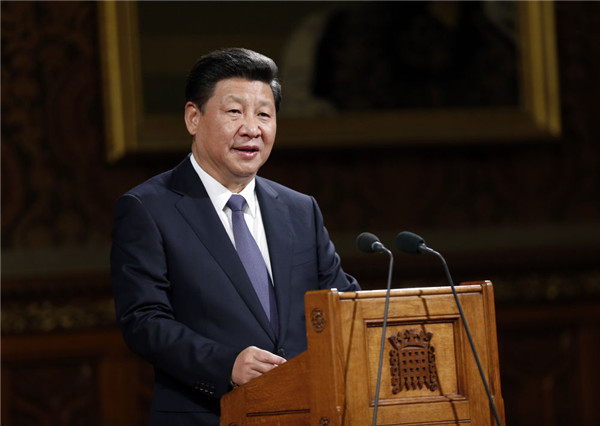 "Lord Michael Lindsay, the late member of the House of Lords of the UK Parliament, took an active part in the Chinese People’s War of Resistance against Japanese Aggression, helping China modify telecommunication equipment under extremely difficult circumstances and risking his life to deliver scarce supplies such as medicines and communication equipment to the Chinese army," Xi said. 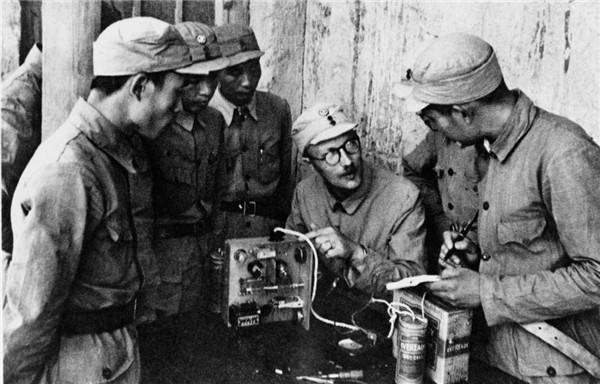 In 1941, Michael Lindsay instructs senior trainees of Jin-Cha-Ji Military Command on radio technology at an anti-Japanese war base in North China. (File photo)