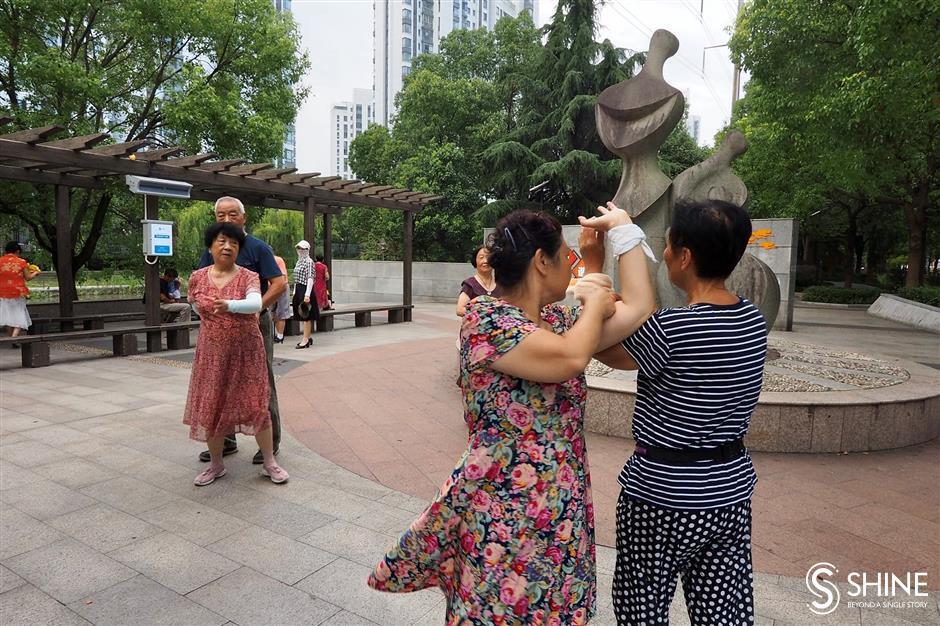 Line dancers now can dance freely at Gumei Population Cultural Park in Minhang District without worrying that the noise of their music will disturb nearby residents thanks to a new volume control device.

It's a daily activity for many elderly people to immerse themselves in joyful music and dance freely in parks in China, accompanied by the ups and downs of melodies blaring from loudspeakers.

It is no exception in Gumei. However, the noise in the park has been a thorny issue in such a densely populated area and several surrounding elderly residential areas.

The music for line dancing in the park has come from loudspeakers played outside. The sound was very loud and often disturbed residents in surrounding areas, greatly affecting the elderly.

According to Niu Guangcheng, a member of the voluntary noise control team in Gumei Subdistrict, the dance music noise had caused conflict between the dancers and other residents.

"People often came to the park to complain and quarrel with dancers, and there was even physical conflict," Niu said. "But now the situation has changed, thanks to an intelligent sound system installed several weeks ago to reduce the noise." 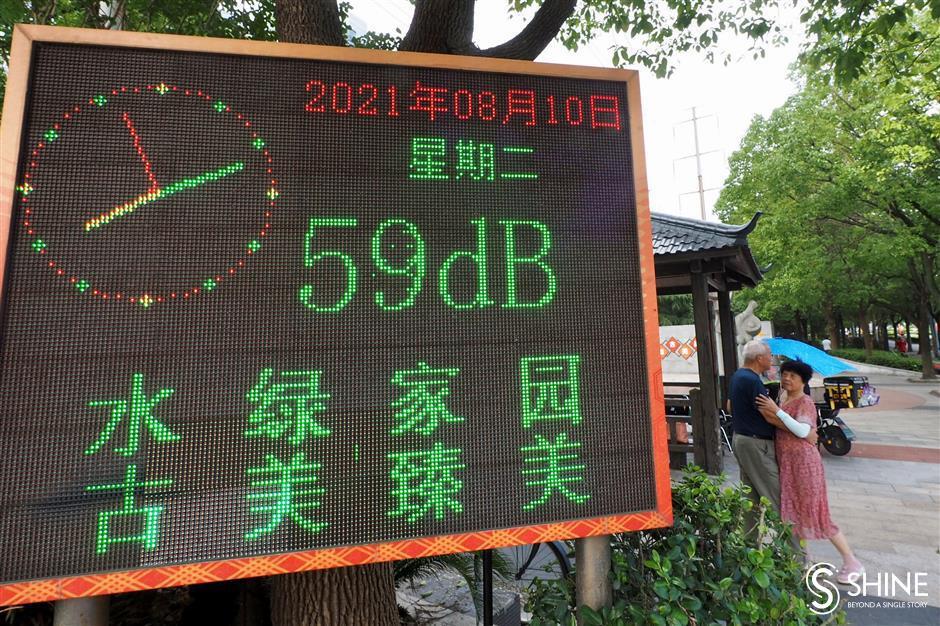 The noise caused by line dancing has been effectively reduced in the park.

Lu Aiping, a community worker in the subdistrict, said the disturbance caused by line dancing to residents was mainly concentrated in five locations, including Gumei Population Culture Park. In order to effectively solve this problem, the subdistrict introduced the intelligent sound system to the park on July 27.

The device is installed on a pillar inside the park's arbor and includes a control box and a directional audio amplifier.

A Shanghai Daily reporter who visited the park on Tuesday found that the sound in the directional area was clear, but it faded quickly on the sides and back.

At 70 meters to the side of the system or 50 meters from the back, a "buzzing" sound like a mosquito could be heard, but it was so subtle that it could be ignored if you did not listen very carefully. 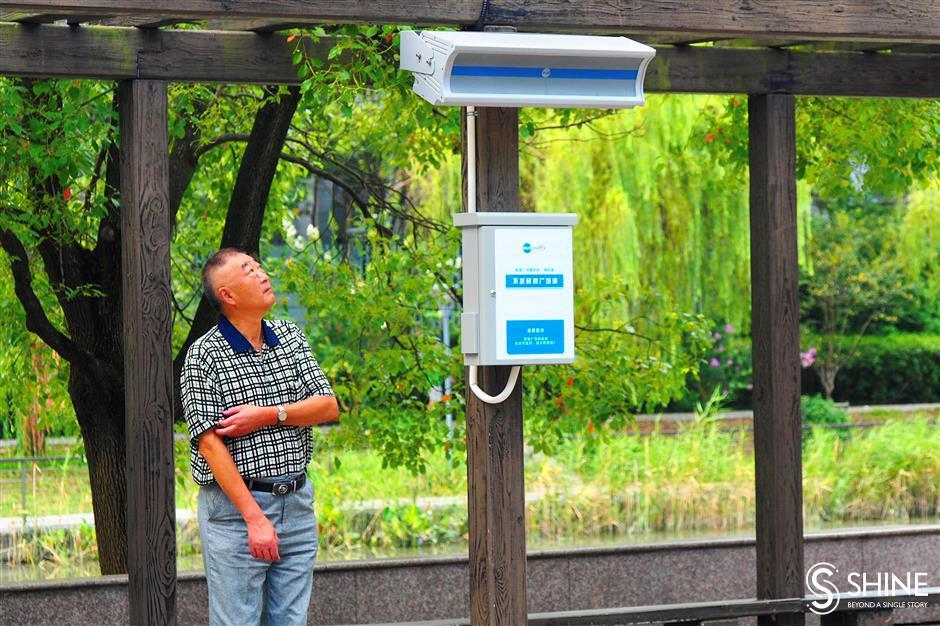 A resident looks at the intelligent audio control device in the park.

According to Zhou Feng, associate marketing director of Suzhou-based Audfly Technology, the intelligent system's manufacturer, it adopts directional sound technology to control the front projection range within a 30-degree angle, and the volume on both sides decreases rapidly with expansion of the angle. This method effectively prevents additional noise pollution from spreading to the surrounding environment.

Zhou also claimed the system has been used in some primary schools in Shanghai to avoid noise pollution from school playgrounds.

The new sound control system has led to fewer complaints and more participation in dancing.

"In the past, if the noise was too loud, noise-control volunteers would come up to dissuade the dancers. Since the 'new equipment' was installed in the park, the elderly feel more at ease and dance more actively," Lu said. 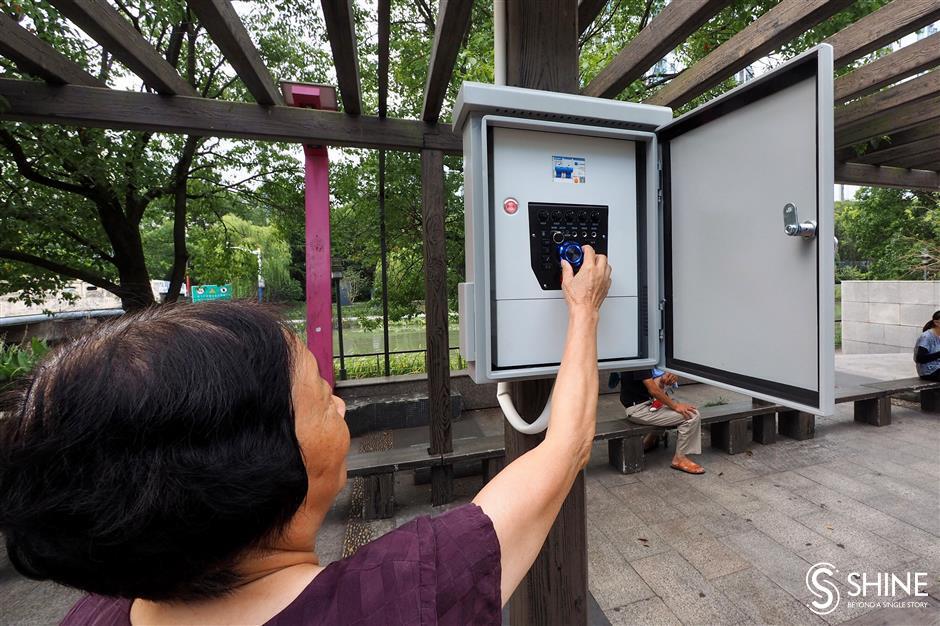 A dancer turns on the intelligent audio control device before starting dancing.

Gu Xinzhen, 92, was dancing in the middle of the park with great dexterity. The youthful demeanor and great energy she had shown gave people the illusion that she was just in her 60s.

Gu said she has been dancing there for 22 years.

"I come every morning and dance for about an hour. It's very important to keep me healthy and happy," she added.

Gu also said she supported the introduction of the new sound-control system.

"The music from traditional loudspeakers was loud and resounding and if I was resting at home, I would sometimes feel annoyed by it too," she said. "The music from the intelligent system is less resounding, which makes me feel less excited when dancing. However, it doesn't make so much noise as before."

Jiang Shenghua, 69, said that the original speaker was private and she was charged 30 yuan for rental every time she danced. Now the intelligent system is backed by the government, so she can dance for free.

"Almost nobody has come here to argue about the noise since the system was introduced, so I am dancing more comfortably these days," Jiang added.

The subdistrict authority said the system will be promoted in other parks or public areas in Gumei in the future in a bid to solve the problem of line dancing noise. 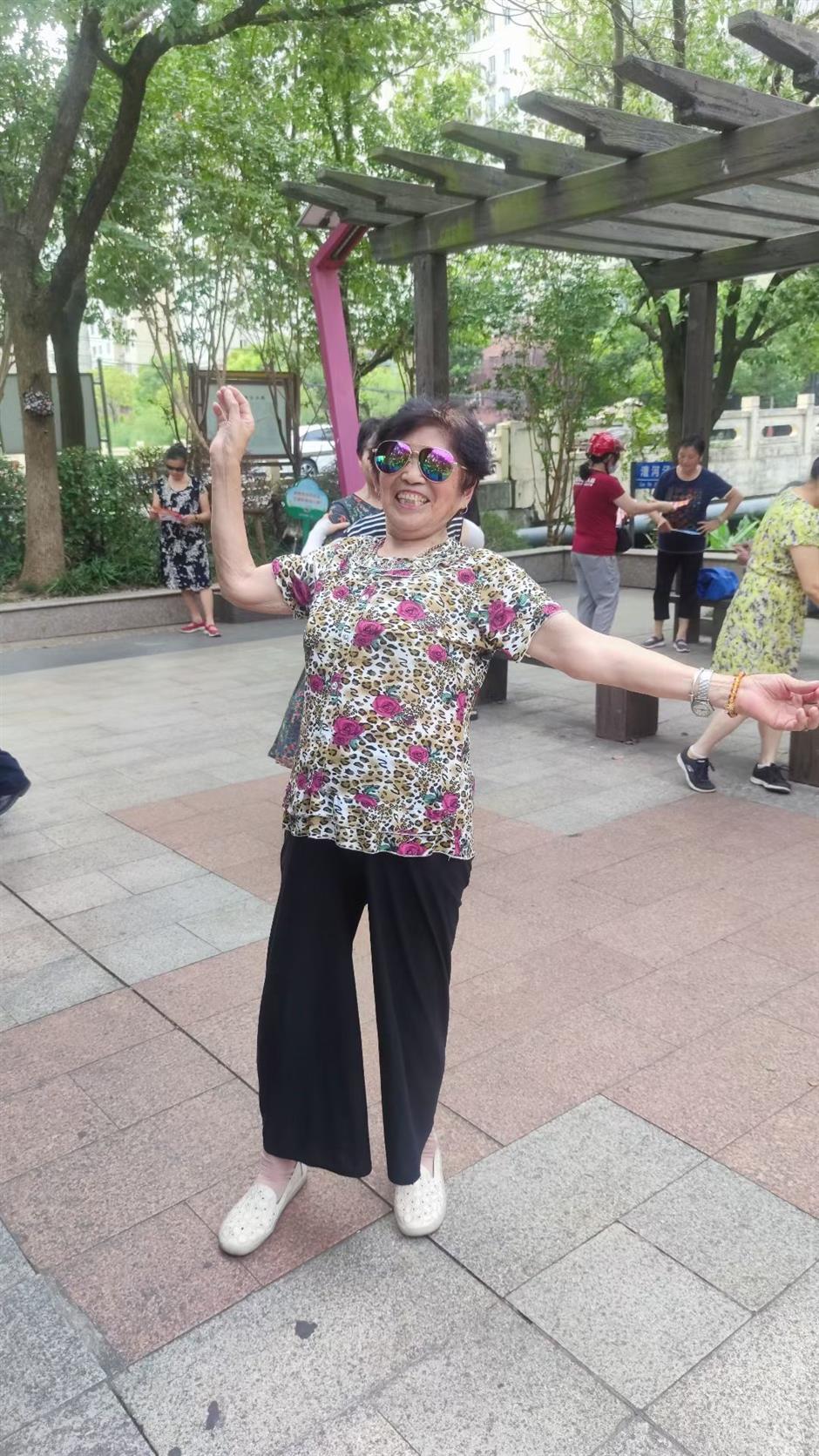 Gu Xinzhen,92, dances in the middle of the park with great enthusiasm.