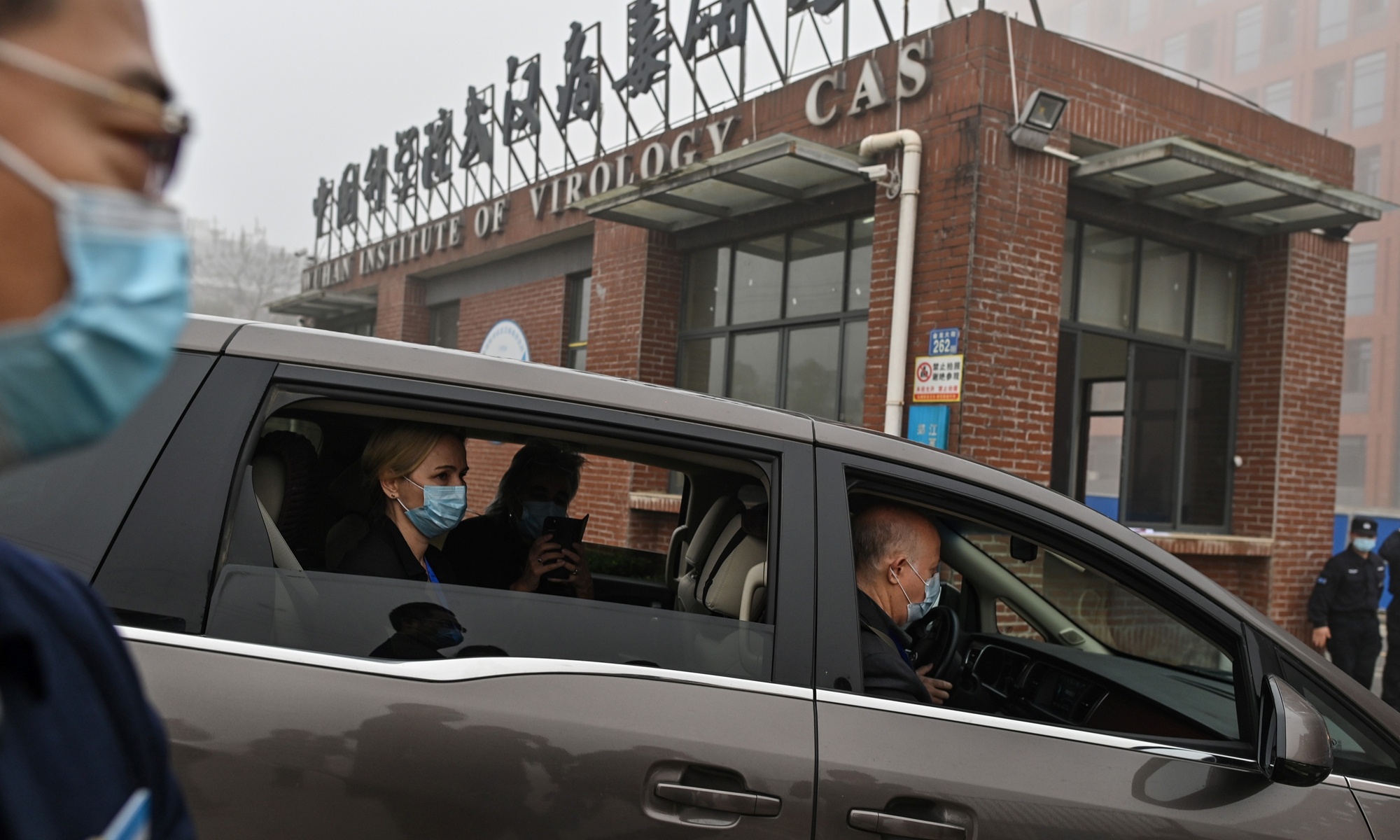 Peter Daszak (right) and other members of the World Health Organization (WHO) team investigating the origins of the COVID-19 arrive at the Wuhan Institute of Virology in Wuhan, Hubei Province on Wednesday. (Photo: AFP)

Three researchers from the WIV became sick enough in November 2019 to seek hospital care, the Wall Street Journal reported, citing a previously undisclosed US intelligence report. The Wall Street Journal said it could add weight to growing calls for a fuller probe of whether the COVID-19 virus may have escaped from the laboratory.

"The WIV released a statement on the issue on March 23, clarifying that they had not contracted the novel coronavirus," Zhao said at a routine press conference on Monday, stressing that the lab still has zero reports of COVID-19 infections till that time.

Experts from China and the World Health Organization (WHO) had visited the WIV and the biosafety labs and related institutes and concluded that the lab leak theory was "extremely unlikely," Zhao noted.

Furthermore, WHO experts Peter Daszak had told US media that, despite the high politicization of the lab leak theory, they were able to conduct deep communications with Chinese experts during their research in Wuhan with an unexpected openness, Zhao said.

"There have been more reports indicating that the virus and epidemic had occurred in many places as early as the second half of 2019. Questions over the US' military lab in Fort Detrick as well as the US' real intention in opening more than 200 bio labs around the world have also drawn global attention. The US continues to hype the lab leak theory. Is the real intention to express concern over the virus origin or to divert attention?" Zhao asked, urging US authorities to offer an explanation to the international community.

The so-called US intelligence report on sick staff at the WIV is an outright lie that came from nowhere, Yuan Zhiming, director of the institute's Wuhan National Biosafety Laboratory, told the Global Times on Monday.

"Those claims are groundless. The lab has not been aware of this situation [sick researchers in autumn 2019], and I don't even know where such information came from," Yuan said.

A joint study into the origins of COVID-19 by China and the WHO, which was published on March 30, pointed to a possible path of transmission between animals and humans, and transmission through frozen food.