Global trade is under threat and whether or not the current situation is a trade war, the first shots have been fired and this calls for action, Director General of the World Trade Organization (WTO) Roberto Azevedo has said. 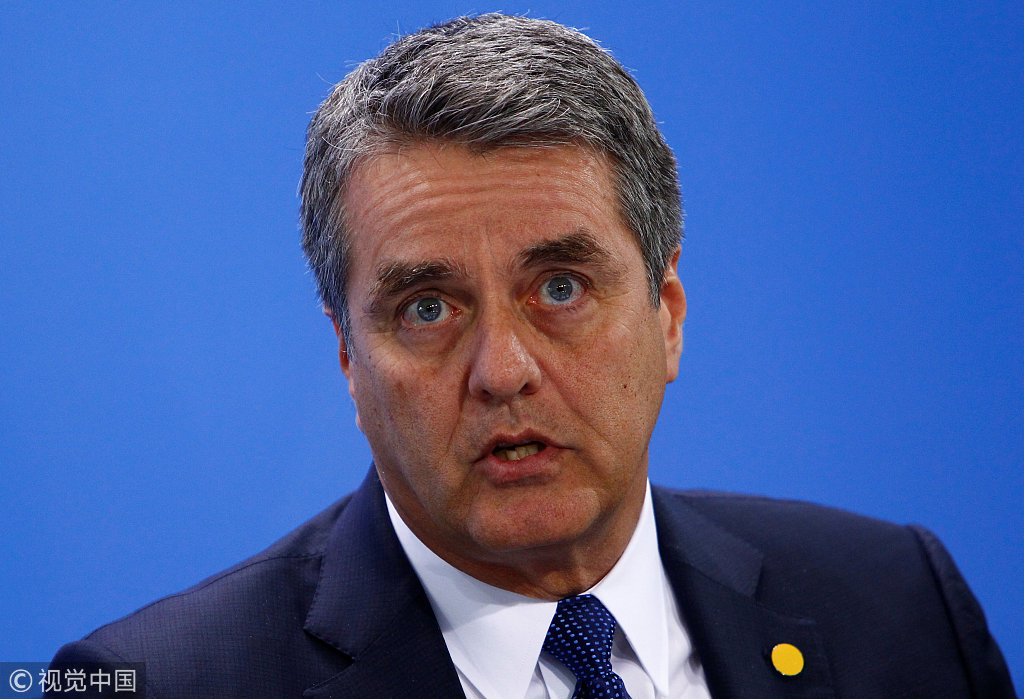 WTO data showed a marked escalation of trade restrictive measures over the last six months, he wrote in an opinion piece released Tuesday by Swissinfo, the website of the Swiss national broadcaster.

"A continued escalation would risk a major economic impact, threatening jobs and growth in all countries, hitting the poorest the hardest," Azevedo said.

"A number of import-facilitating measures were also recorded during the same period, but crucially the value of trade covered by these measures is falling, whereas the coverage of the restrictive measures is rising rapidly," he said.

Azevedo said the whole international community has a responsibility to help resolve these issues.

He said he has been consulting with governments and leaders around the world, urging dialogue and exploring steps to unwind the current situation.

Azevedo said he has also been talking to a wider range of contacts across civil society including parliaments, businesses, think tanks and the media to raise awareness of what is at stake.

"I am calling on everyone who believes in trade as a force for good, and that global trade rules are an essential foundation for economic stability and prosperity, to speak up," said the WTO chief.

"Silence could prove as damaging as actions that lead to a trade war," he said.

He noted that there have been some signs of progress and that people are beginning to speak up. "Business leaders and associations are calling on governments to refrain from putting up new barriers. They are asking for governments to negotiate and find solutions."

There is, he said, a wider understanding that higher tariffs mean higher prices and lower salaries in real terms, and that greater uncertainty risks investors pulling back and jobs being lost.

"And from leaders around the world, we are seeing much greater engagement in the WTO. Instead of tearing it up, they want to strengthen the system and improve it," said Azevedo.

He said this could potentially help defuse tensions and find "a path out of the current crisis in global trade."