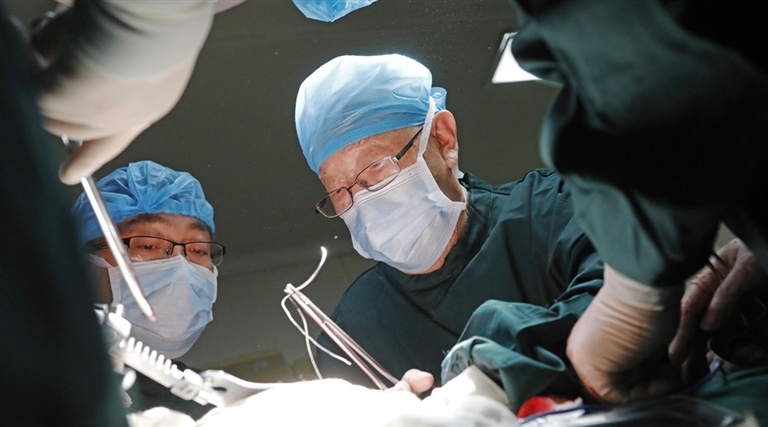 Wu Mengchao, China’s top hepatobiliary surgeon, known as the “Father of Chinese Hepatobiliary Surgery,” died at the age of 99 in Shanghai on Saturday.

Wu, an academician with the Chinese Academy of Sciences, established a unique system of liver surgery in China and devoted himself to saving people’s lives for nearly eight decades. He continued working well into his 90s, seeing patients and performing operations.

The center is reported to also help cultivate high-level medical talent, specialized in related fields, and promote the ability to use a combined treatment method of traditional Chinese medicine and Western medicine to treat hepatobiliary disease, as well as aid scientific research in Shenzhen and the Guangdong-Hong Kong-Macao Greater Bay Area.

Wu once said: “A man’s lifetime is limited. Time passes easily if you don’t make the best use of it. So I have to seize every second to do more things for the country and people.”

In 2006, Wu won the top prize for 2005’s China’s top science and technology award. Wu donated 6 million yuan (US$932,500) and submitted, along with another six scientists, a proposal on treatment and prevention of hepatitis B and liver cancer.