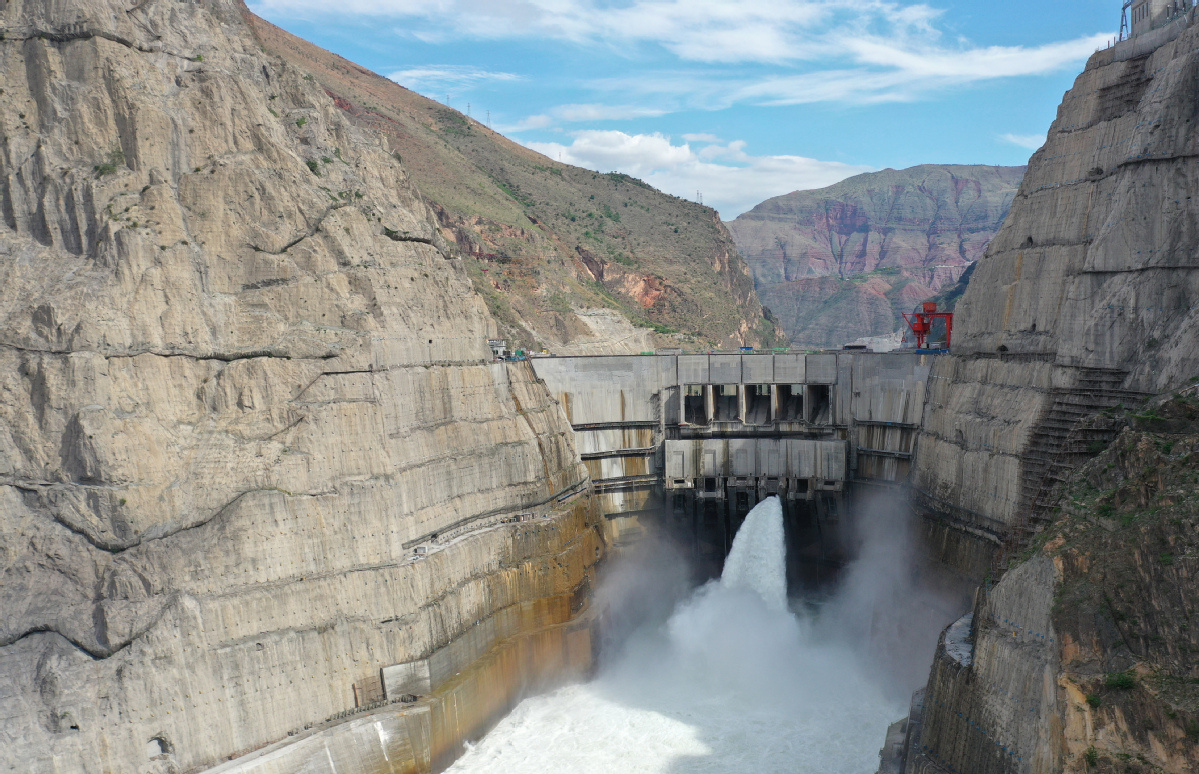 An aerial photo of the Wudongde hydropower station on the border of Sichuan and Yunnan provinces in Southwest China. (Photo: Xinhua)

Wudongde Hydropower Station, China's fourth-largest and the world's seventh-largest hydropower project, was put into operation on June 16 after a 72-hour trial operation, according to China Three Gorges Corporation, its operator.

The first unit of the Wudongde Hydropower Station was put into operation last June and has produced 24 billion kilowatt-hours so far. The clean energy has been transmitted to China Southern Power Grid to help develop the Guangdong-Hong Kong-Macao Greater Bay Area and other areas.

After the last unit was put into operation on Wednesday, the hydropower station is expected to produce 39 billion kilowatt hours each year, equivalent to a reduction of 12.2 million tons of standard coal and more than 30.5 million tons of carbon dioxide emission each year, China Three Gorges Corporation said.

Wudongde Hydropower Station, when seen from above, appears as an eggshell stationed at the Jinsha River's V-shaped valley. The eggshell shape is the best design considering the location, which can achieve the maximum balance between security and economic factors, the corporation said.