WUHAN, March 25 (Xinhua) - As a bus departed from its terminus at Hankou Railway Station at 5:25 a.m. Wednesday morning, Wuhan started to resume bus service after nine weeks of lockdown. 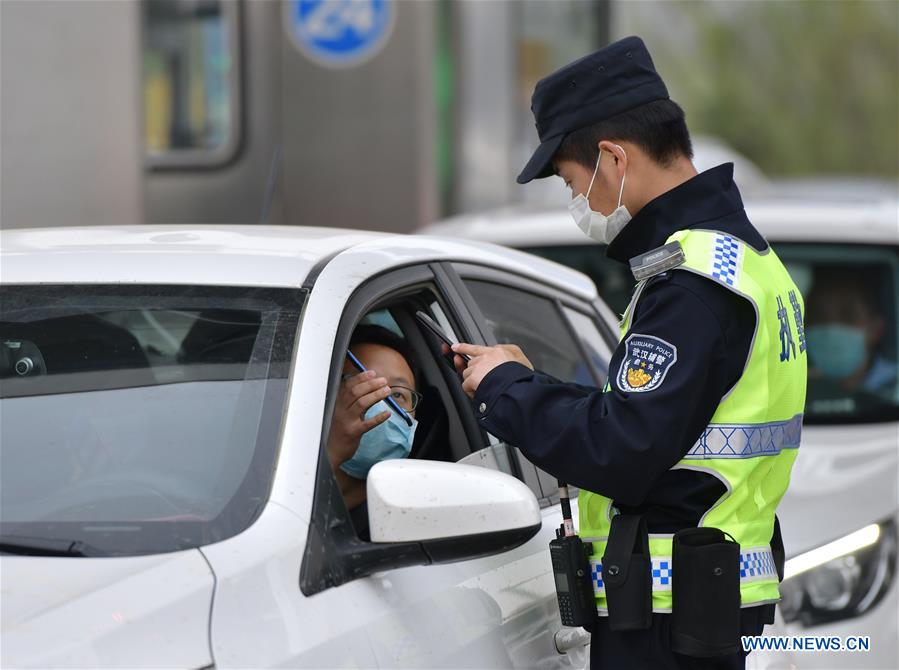 Apart from a driver, a safety supervisor was also on each bus, whose duty was to make sure all passengers are healthy as their health code shows before boarding.

"For those who do not use smart phones, they should bring with them a health certificate issued by the health authorities," said Zhou Jingjing, a safety supervisor aboard bus No. 511 departing from Wuchang Railway Station complex.

Wuhan, the once hardest-hit city in central China's Hubei Province during the COVID-19 outbreak, resumed a total of 117 bus routes starting Wednesday, around 30 percent of the city's total bus transport capacity, the municipal transport bureau said.

From Saturday, six metro lines are expected to reopen to the public. The service time will be published on the stations.

According to a spokesperson of the bureau, passengers must wear masks, register with their names and scan a QR code, and take a temperature check before taking buses and subways. To minimize the infection risk, people who are vulnerable to the virus including those aged above 65 are not encouraged to take public transportation.

On Jan. 23, Wuhan declared unprecedented traffic restrictions, including suspending the city's public transport and all outbound flights and trains, in an attempt to contain the epidemic within its territory. Similar restrictions were soon introduced in other areas in Hubei.