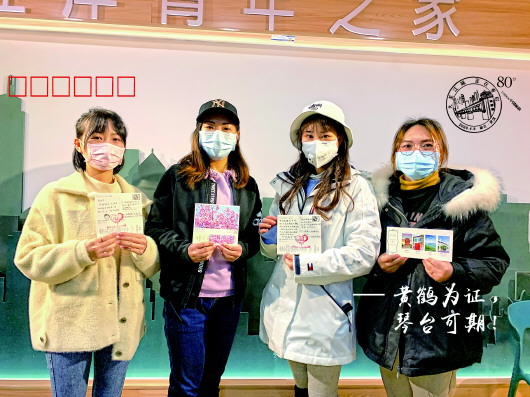 Some teachers in Wuhan show the postcards they wrote for medical workers on March 30. (Photo provided by interviewees)

Citizens in Wuhan, central China's Hubei province, sent postcards to beloved ones of medical workers who came to assist Wuhan people amid the pneumonia outbreak, as a way to express gratitude on April 8.

As part of an activity organized by a volunteer team in Wuhan, local people from all walks of life handwrote over 10,000 postcards to the parents, lovers, children or friends of the medical workers.

Li Ziyang, a promoter of the activity as well as a volunteer on the team, asked team members to develop a mini program to collect basic information from the medical workers, including the addressees, signatures and blessing words they want for the postcards and soon received responses from over 10,000 people.

As post offices and gift shops in Wuhan hadn't resumed operation at the time, Li and his team members asked friends to spread the purchasing information, contacting as many merchants as possible to raise postcards for use.

Ordinary people from teachers to police, workers and students, volunteered to handwrite the postcards based on the needs of the medical workers as collected by the mini program.

"The reason why we chose April 8 to send the postcards is for the especially designed postmark for that day, which suggests that the lockdown was ended and the city came back to life," said Li. Also on the postcards is a special postmark in memory of March 18, when the city was first reported with no added confirmed cases, according to him.