WUHAN, July 21 (Xinhua) -- A COVID-19 patient who received double-lung transplant surgery was cured and discharged from a hospital on Tuesday in Wuhan, capital of central China's Hubei Province. 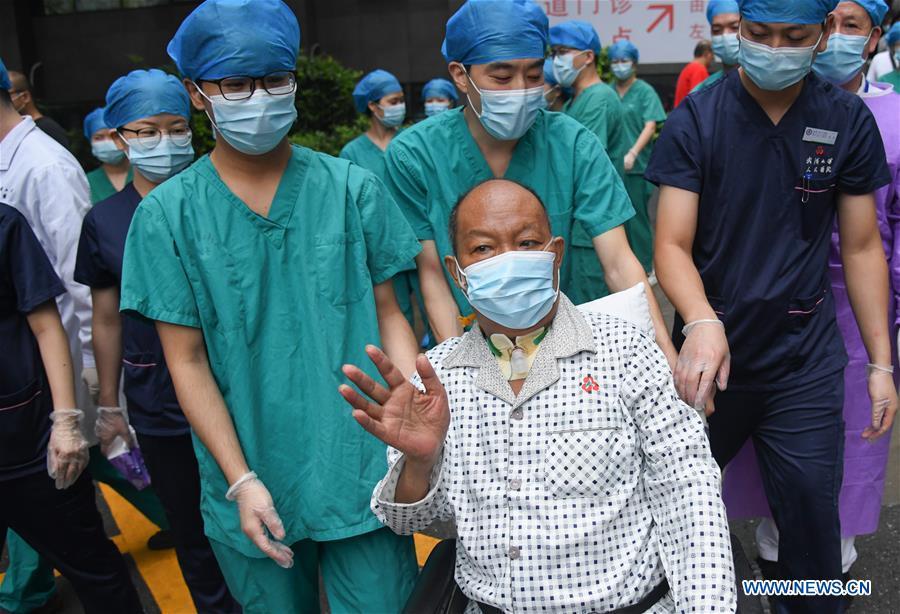 After months of treatment, the man with the surname of Cui, 65, was discharged from the Renmin Hospital of Wuhan University.

"Your hard work is very much appreciated," Cui told the medics Tuesday.

The retired worker caught a fever on Jan. 23 and was diagnosed with COVID-19 on Feb. 7. He was transferred to the hospital on March 18 after receiving support from an Extracorporeal Membrane Oxygenation (ECMO) machine.

The patient's nucleic acid test result turned negative following treatment but he suffered from irreversible pulmonary interstitial fibrosis and lung failure, with lung transplant surgery the only option, said Lin Huiqing, a senior thoracic surgeon with the hospital who led his treatment.

Experts from the national lung transplant expert team and the hospital performed an operation that lasted more than six hours on April 20.