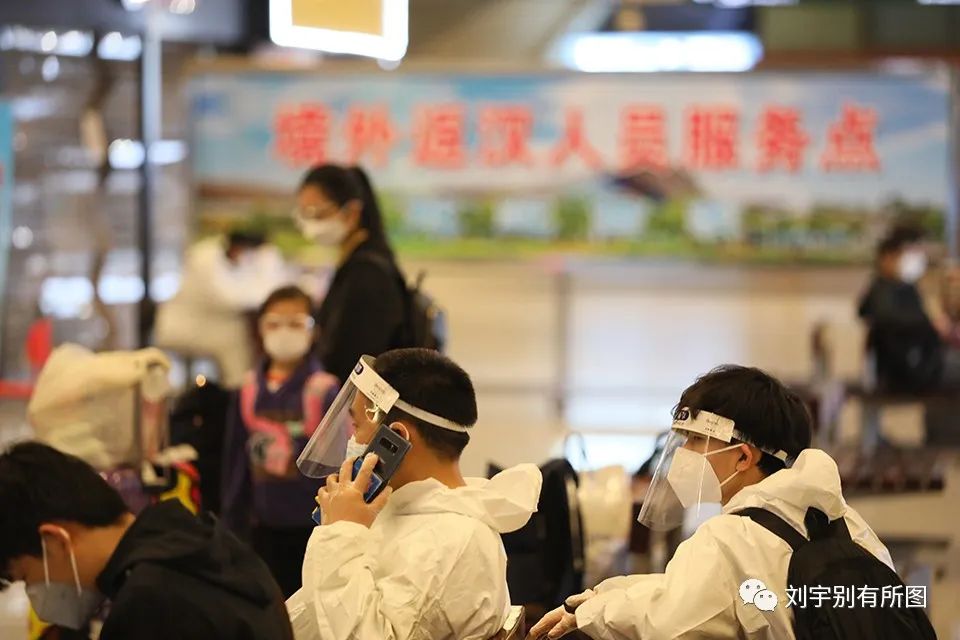 Wuhan gradually wakes up from the COVID-19 outbreak.

The number of residents going out is increasing. Entries are less limited in some communities. Buses are running, although not as often as before. Passengers with "green code" - a COVID19-free indication - can return to Wuhan. 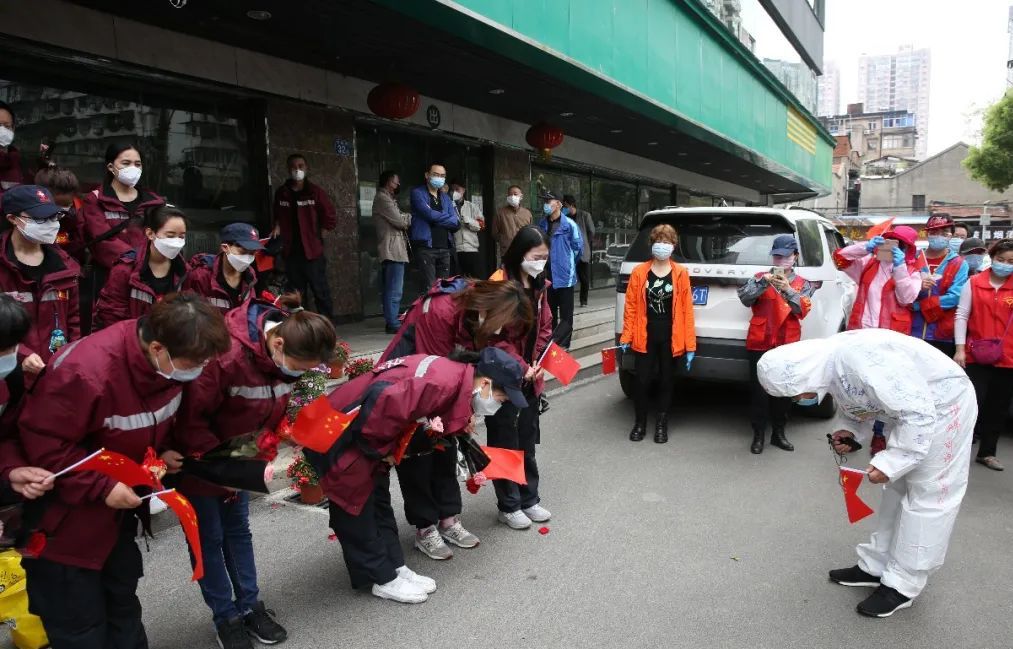 Aid medics sign their names on a volunteer and they bow to each other.

I also finished taking photos of the last batch of medics sent from Shannxi Province in Northwest China, who helped peers in local hospitals save critically-ill patients. They tended 142 patients, 138 of them discharged after recovering.

Seeing off those heroes always gives me tears and joy. 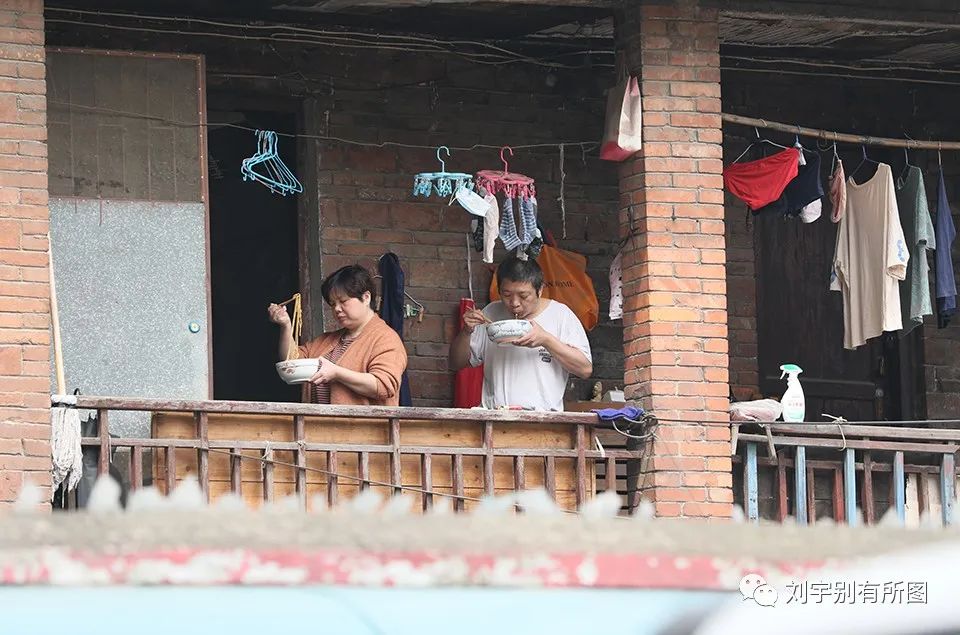 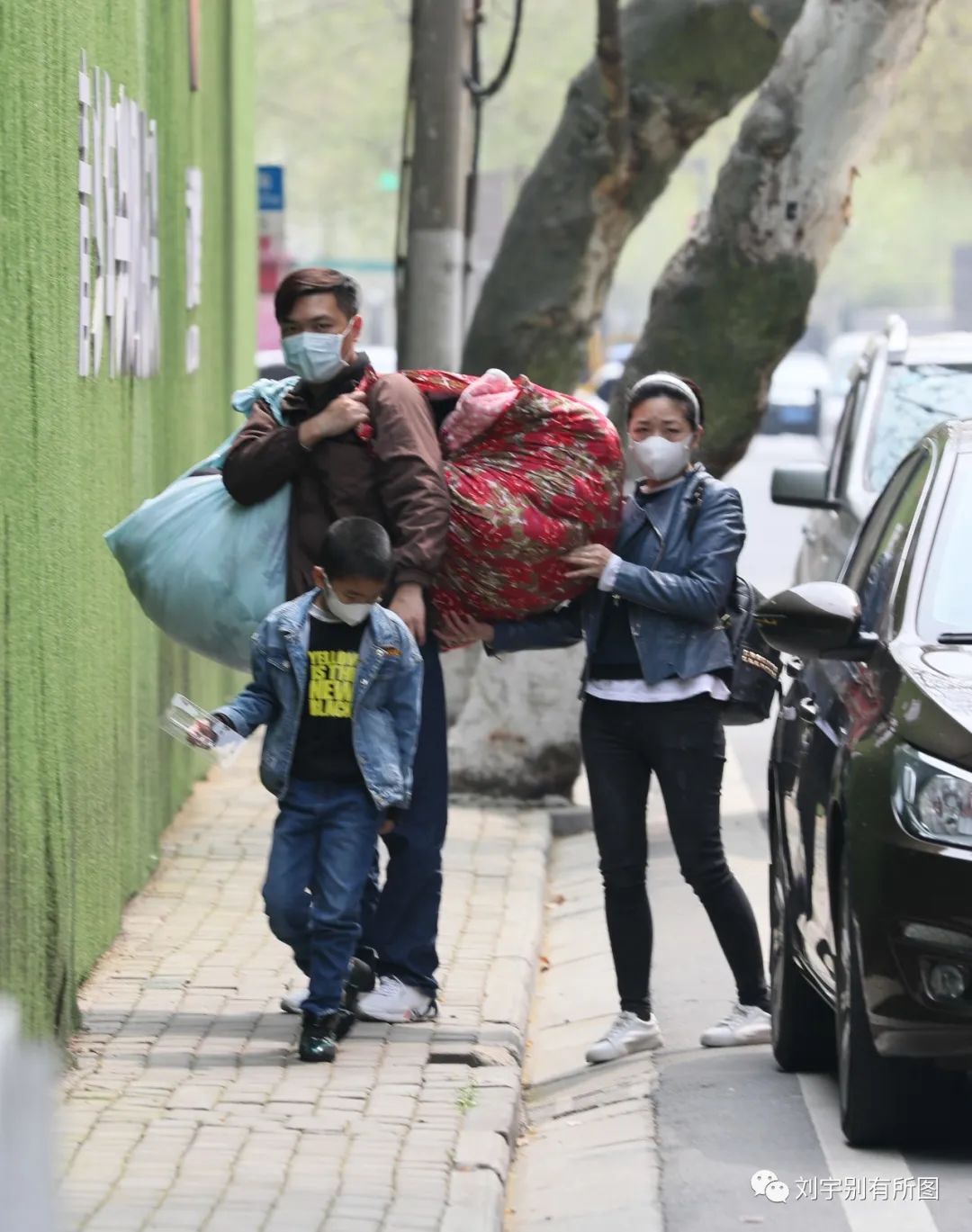 I'm also happy when I heard the news that people could leave Hubei Province and its capital city Wuhan after April 8.

It's good news for many people who have been stranded in the epicenter for months.

Several days ago, I met a female volunteer who, along with others, was sorting out fresh fish to be delivered to communities. 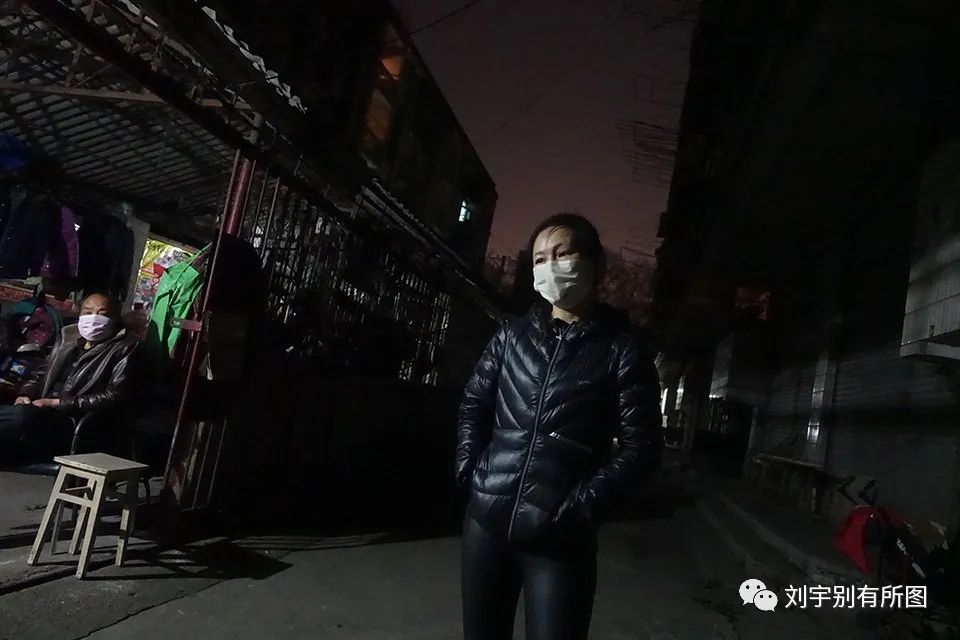 "My husband and I have been stayed here for a period without infection. But every day I'm worried about the clothes factory we ran in South China's Dongguan city, which was operated on loans and faced a labor drain," the woman said to me.

"We of course comply with government orders, but the business is really a big concern. We have cars," she said, who served as a volunteer after knowing she had to stay in Wuhan.

I could only comfort her and hoped that she would weather the difficult times. 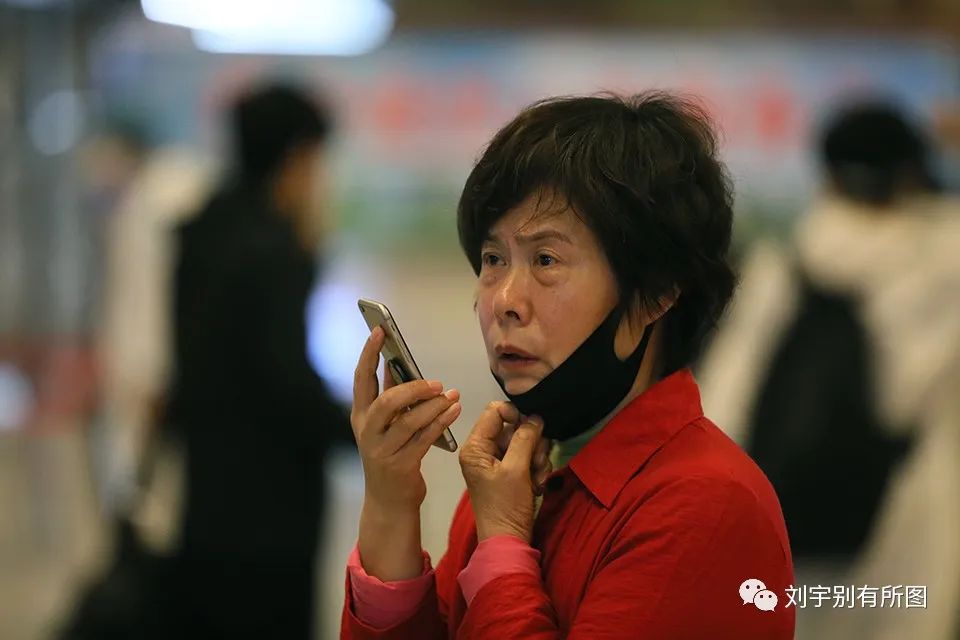 Another story is about a woman surnamed Xiong, who had to stay outside Wuhan because of the lockdown after her Thailand trip with her son.

"I booked the ticket before Wuhan's announcement of restricting entries. Later the train to Wuhan was suspended," said Xiong.

"My son studies Buddhism and was received by a temple in Yancheng city in Jiangsu Province, East China. But I was repeatedly denied by hotels because I was from the epicenter Wuhan," said Xiong.

After many setbacks in some different places, she was eventually allowed in a hotel in Yancheng with the local police's help. 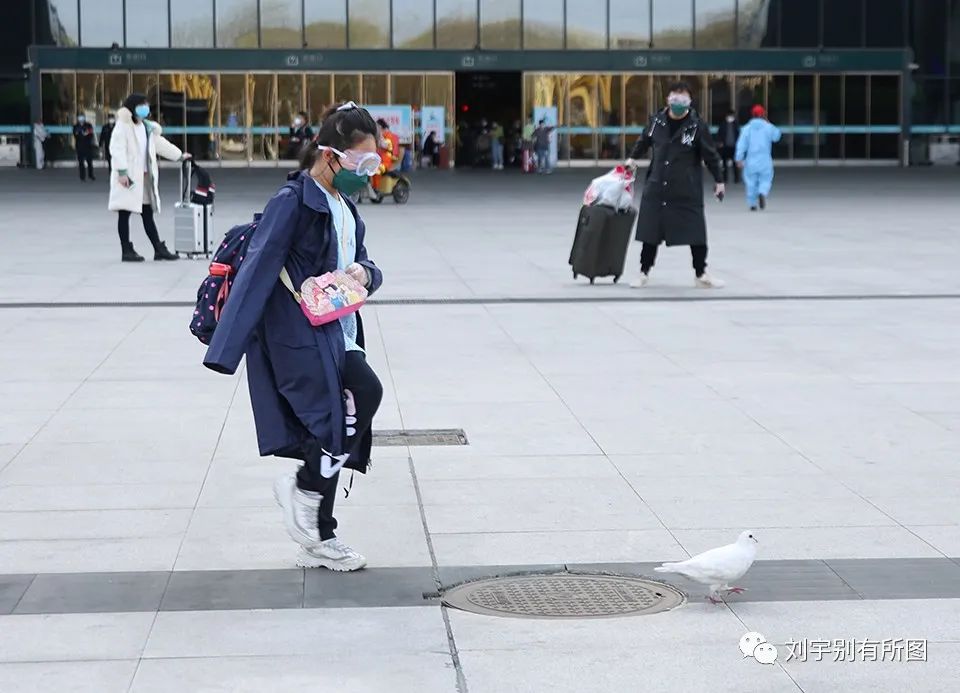 A child plays with a pigeon at Wuhan Railway Station amid the fading outbreak. 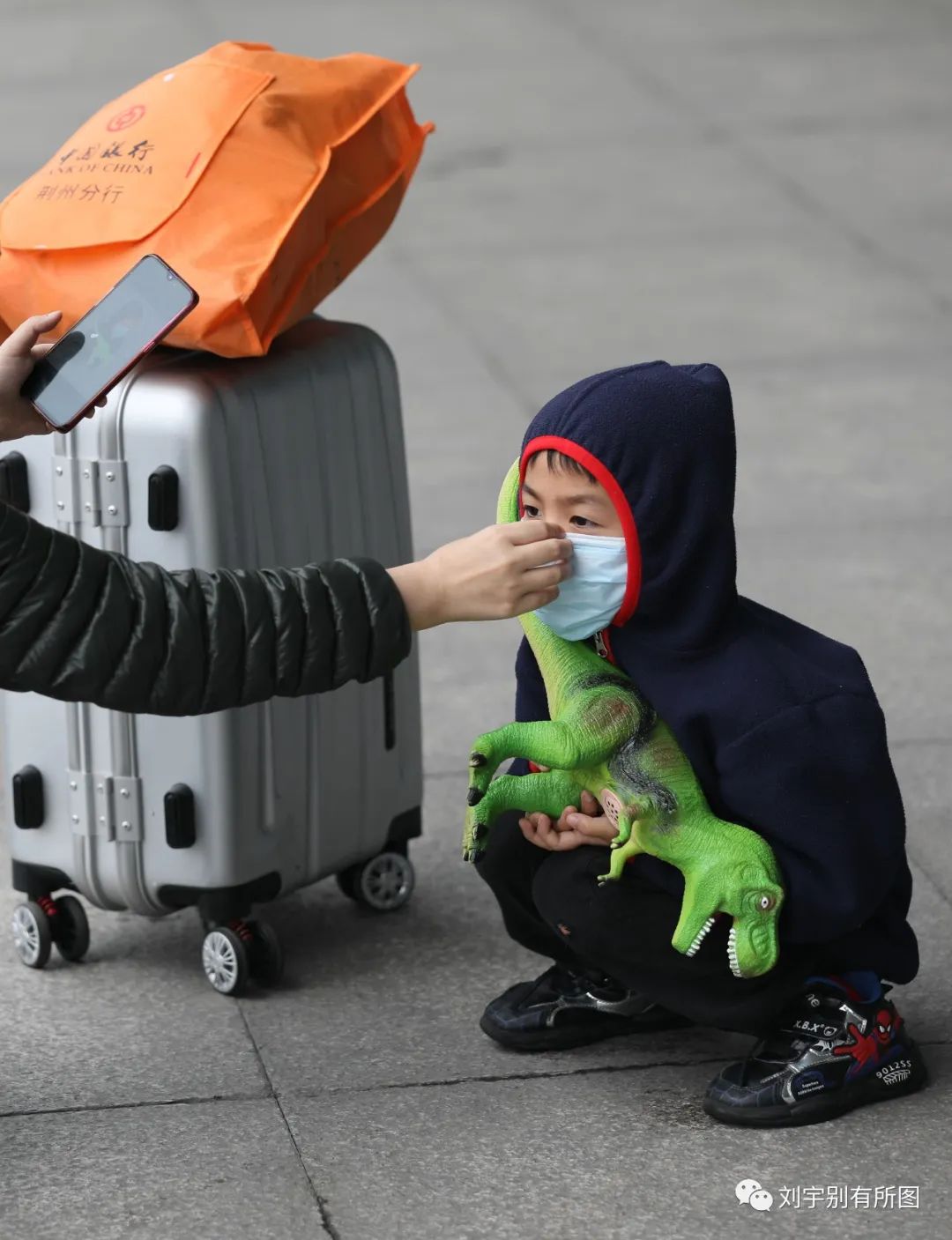 Recently, many people returned to Wuhan by train, so one day I decided to take some photos in the Wuhan Railway Station with my friend.

Outside the main hall, we talked with a couple waiting for their son who had stayed away from home for two months.

When the young man arrived, his mother burst into tears and hugged him tightly, while his father was spraying alcohol for disinfection. 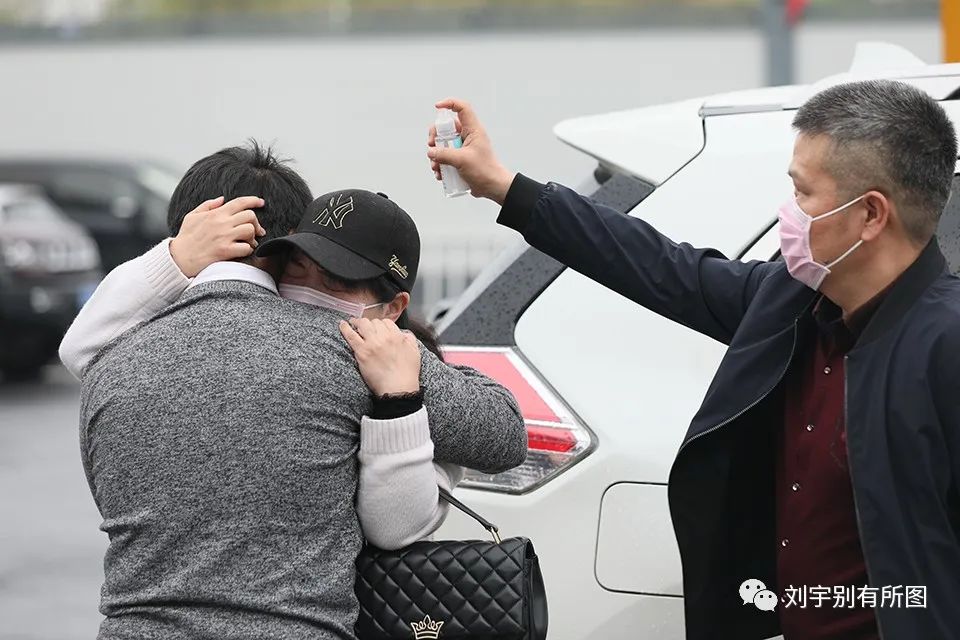 The moment still pained us even after we left.

As the outbreak subsides across China, many public places are reopening and production has gradually resumed. Wuhan and some other cities still keep strict preventive steps to guard against imported cases.