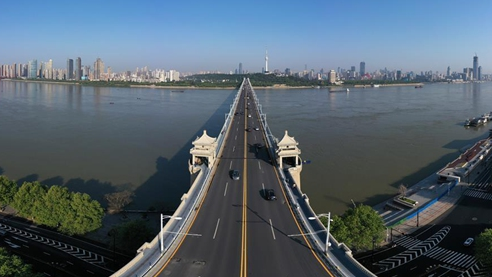 For more than two months, residents in Wuhan, Central China's Hubei Province, were required to stay home to stop the spread of the coronavirus; now, officials in the city are literally paying residents tens of millions of dollars to go out and spend money, in an attempt to pull up the local economy.

The Wuhan government's move of disbursing 500 million yuan ($71 million) worth of "consumption coupons" marks a milestone in the city's path to recovery from the dark shadows of the COVID-19 epidemic. Scenes of local residents rushing to restaurants, shopping malls and tourist spots offer the clearest signals of a city gradually returning to normality and a local economy getting back on its feet.

The strategy to disburse coupons could be the most direct and effective way of reigniting the most powerful engine for economic growth in not just Wuhan but also the entire country: consumption, analysts said. However, the size and scale of consumption stimulation still need to be significantly increased to better cope with the massive economic losses the epidemic has inflicted, they added.

In Wuhan, the vouchers, which can be used to make purchases closely linked with people's lives, such as at malls, supermarkets, and convenience stores; and participate in sports and tourism-related activities, were snapped up within a few seconds after they were launched on Sunday noon via mobile apps such as Alipay, Meituan-Dianping and WeChat.

Zhang Yili, a Wuhan local said she secured a coupon displaying "every 60 yuan purchase has a 20 yuan deduction" at nearby supermarkets.

"The consumption subsidy is practical as it is closely linked to our daily necessities. Although the amount is not that huge, it is a very good incentive for the public to spend," she said.

Another Wuhan local surnamed Li said that as the city has claimed a phased victory in the tough battle against the virus and life is returning to normal, a consumption boom is expected with or without stimulation activity.

These coupons are expected to be put into use starting Monday and expire within a week. Experts believe this is a vital step for Wuhan to accelerate the pace of recovery from the coronavirus epidemic both in terms of economic growth and livelihoods.

"Following scores of Wuhan factories getting back up to speed, the recovery of consumer-focused business is vital for Wuhan, where people remain cautious to go out," Dong Dengxin, director of the Finance and Securities Institute at Wuhan University of Science and Technology, told the Global Times.

Consumption makes up around 46 percent of Wuhan's roughly 1.6 trillion yuan economy, in line with the national economic growth structure. In 2019, consumption contributed to 57.8 percent of China's GDP growth, official data showed. However, consumption has also been hit hard by the coronavirus, with total retail sales dropping by 19 percent in the first quarter, making such stimulus a most crucial part of China's economic recovery.

Apart from Wuhan, many cities and provinces - -  including Hangzhou, Nanjing, Jiangxi, and Anhui - have issued or announced plans to disburse consumption coupons in a bid to boost their economies. In total, more than 18 provinces and 40 cities and localities have also issued coupons since March 13, according to media reports.

Moreover, the government's move has a rippling effect, as corporations and even small businesses also followed suit in releasing their own promotions. Another consumption stimulus package, worth 1.8 billion yuan, matched by three e-commerce platforms, Alibaba, Meituan Dianping and Tencent; targeted at consumers in Wuhan, also participated.

Coupled with the government's stimulus plan, many shopping malls have also rolled out their own favored policies for consumers. Peng, a manager who works for a hotpot restaurant in Wuhan's busiest commercial center—Wanda Plaza in Hanjie street, told the Global Times that he has never seen so many people in this area since the district opened to the public on March 28.

Long lines can be seen in front of shops selling milk tea, snacks, cosmetics and so forth; many are scanning codes hanging plainly in sight at shop entrances to get a coupon in their phone.

But some Wuhan locals have no appetite for such large-scale stimulus packages, saying the amount is too small per person. Given Wuhan's total population of around 11 million, the 500 million yuan voucher fund is equivalent to each resident receiving on average, just over $6.

A Wuhan taxi driver surnamed Ma told the Global Times that "I haven't had any income for nearly three months. It is time for me to embrace the idea of rational consumption, not squander money I've tried to save for years."

Dong with Wuhan University of Science and Technology, said that the discount is relatively humble, and the first batch of coupons can have a leverage effect to help boost consumption two to three times the value of the coupons.

Many Wuhan locals also questioned why the government chose vouchers over cash, a common practice adopted by some Western countries to encourage spending.

Experts explained consumption vouchers are more effective than distributing cash. "People may not spend cash right away when they get it, so it will not be directly converted into demand; and by issuing vouchers, companies were also included, said Dong.

Xiao Ma from a barbecue restaurant in Hankou district told the Global Times that she was only notified on Saturday that her place had been included into the stimulus plan. "Our orders have increased threefold ever since. I am planning to reopen dine-in services on Monday… but will keep safe distance between tables for fear of viral spread."