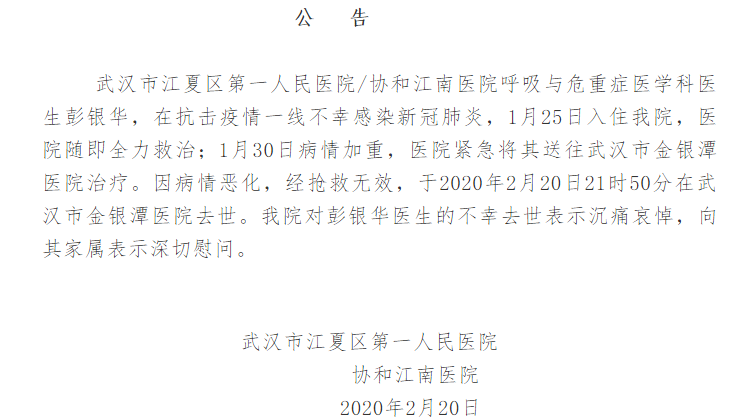 Peng Yinhua, a front line doctor in the fight against the novel coronavirus outbreak in the Department of Respiratory and Critical Care Medicine at Wuhan Jiangxia No. 1 People's Hospital, died at 9:50 p.m. local time on Thursday, according to the hospital.

Peng started being treated for the coronavirus on January 25, but on January 30, his condition got significantly worse, and he was transferred to Wuhan Jinyintan Hospital. He died on Thursday after rescue attempts proved ineffective.