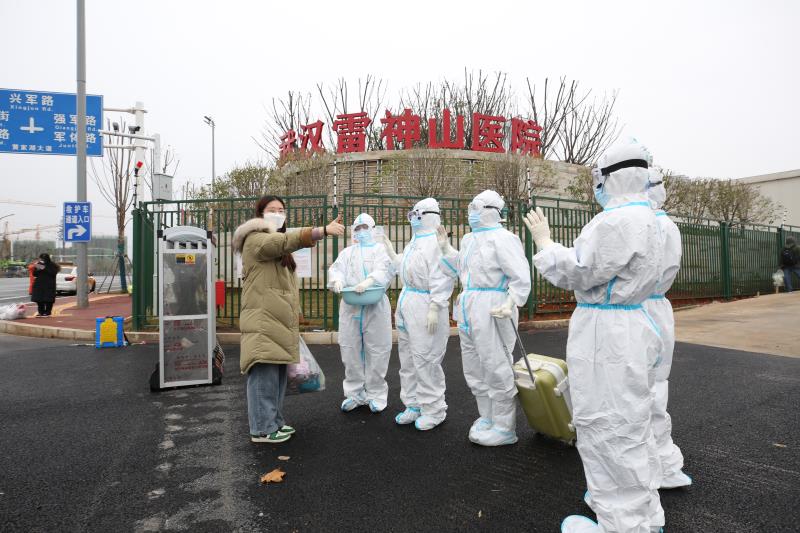 A patient was discharged from Leishenshan Hospital after going through hospital discharge procedures including the observation of clinical symptoms, imaging evaluation and nucleic acid tests (NAT), on February 27, 2020. (File photo: People's Daily)

A makeshift hospital ceased operation in Wuhan, capital of central China's Hubei Province, on Wednesday as the coronavirus epidemic wanes.

During 67-day operation, the hospital took on a total of 2,011 coronavirus patients, 45 percent of which were in severe condition when admitted, said Wang Xinghuan, the head of Leishenshan hospital.

The hospital closed its general ward area last Thursday and bid farewell to medical personnel who dashed to aid Wuhan from elsewhere in China. Around 200 local health workers stayed on to run the intensive care unit.

The last four patients, who now test negative for the novel coronavirus but remain critically ill with other illnesses, were transferred on Tuesday to Zhongnan Hospital of Wuhan University for further treatment.

The temporary hospital, built in less than two weeks in response to the public health emergency and having a capacity of 1,500 beds, has fulfilled its mission, according to the hospital's president, said Wang.