WUHAN, Oct. 26 (Xinhua) -- From world-class sporting facilities and improved infrastructure to a message of peace carried beyond matches and a new culture of volunteering, the legacy created by the 2019 Military World Games is evident as the top international multi-sports event for soldiers draws to a close in a day.

The 7th Military World Games will mark the history of military competitions and develop new practices in the future, said Herve Piccirillo, president of the International Military Sports Council (CISM) in an interview with Xinhua, lauding its material and spiritual legacies to the host city Wuhan and the world. 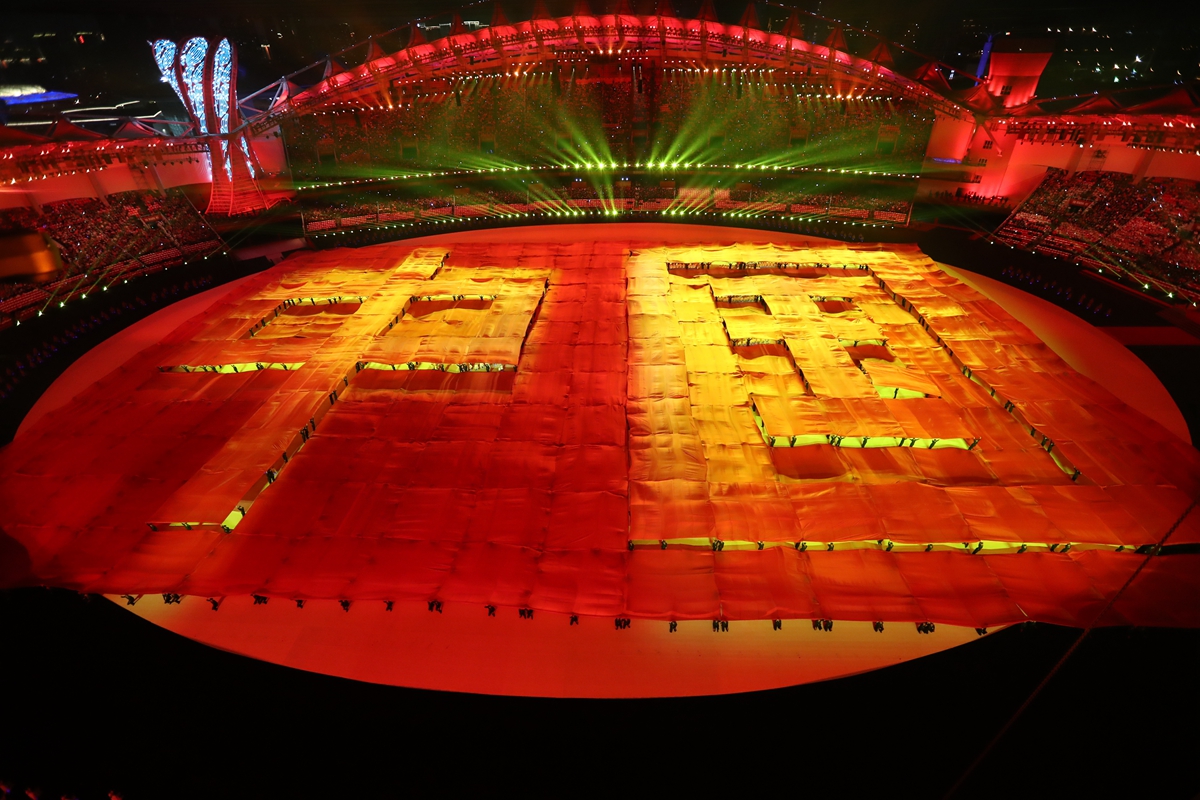 Much like the Olympics, the Military World Games has brought together military athletes from around the world every four years since its inauguration in Rome in 1995 to celebrate the end of World War II. 2019 is the first time that China has hosted the Games.

The 2019 Games kicked off in the central Chinese city of Wuhan on Oct. 18 with a grand ceremony attended by President Xi Jinping, who said in a meeting with foreign military officers the same day that he hoped the power of sports would dispel the shadow of war and foster communications between different cultures.

"It feels like the Olympic Games, and the guys who have been to Olympics also said this," said Latvian athlete Laura Vike.

The 2019 Military World Games has the largest numbers of athletes and sports in history. Nearly 10,000 soldiers from 109 nations are competing for 329 gold medals in events from football, swimming, and basketball to parachuting, aeronautical and naval pentathlon. 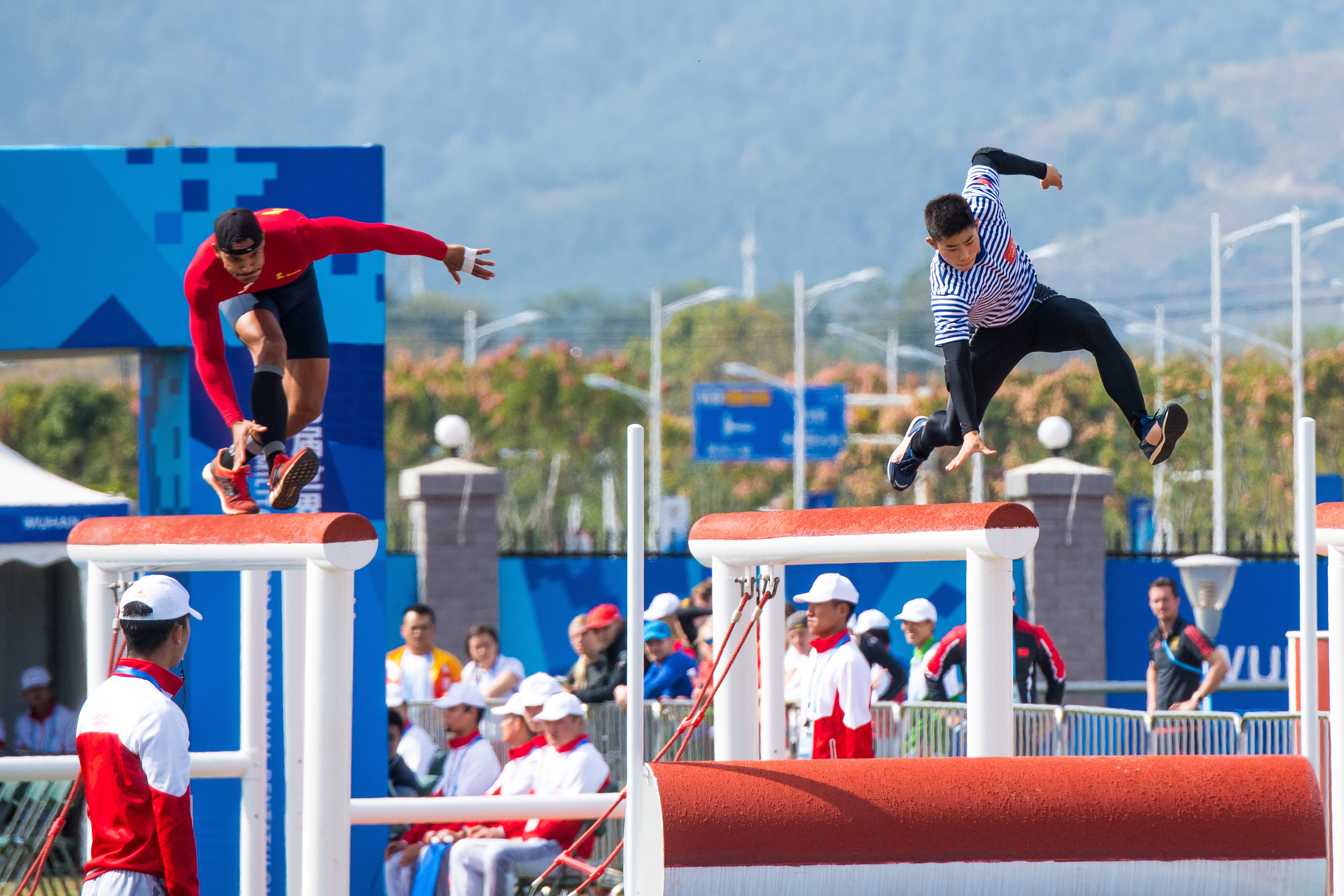 The size of the host city, as well as its diversified terrain and abundant water resources, made it possible for all the competitions to be held within one city, where 35 sports venues were built or renovated to meet international standards. A 30-building village was built to accommodate the athletes and coaches.

The Games is open to the public, instead of being limited to barracks. More than 600,000 tickets had been sold, according to the Games executive committee, with men's basketball, women's volleyball, swimming and diving having the highest demand. 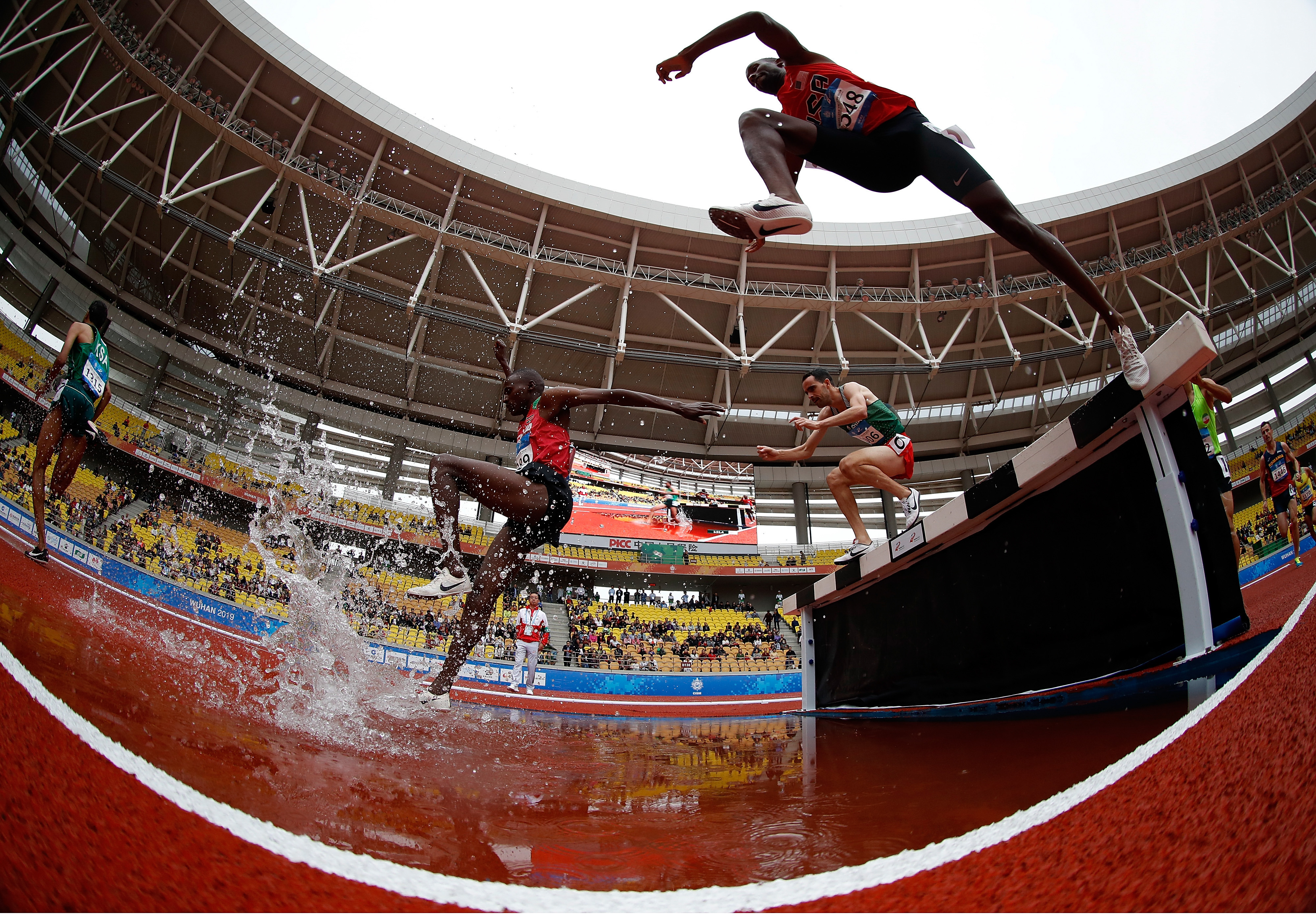 Eighty-two records of CISM affiliated events have been rewritten in the 2019 Games by the eighth day, said Piccirillo, largely thanks to the infrastructure, the mobilization of volunteers and the passion of the Chinese people that also set new records.

He said what has been done for the Wuhan Games will serve as an inspiration for future games.

Italian archer Roberto Punzo, who had lost walking ability due to spinal cord injury in a United Nations peacekeeping mission in 2006, said that as a soldier with disability, he longed for peace more than anyone else and that soldiers are supposed to maintain peace, but not to bring wars.

"This is my understanding of the message carried by the Military World Games," he added.

Peace and friendship are the words that came to officials and athletes when they described this year's Games.

"It is an opportunity to pass messages of friendship and peace, which will be relayed in these 109 countries, even elsewhere," said Piccirillo. "So, there is an intangible heritage of values."

Piccirillo believes that the CISM made a wise and meaningful decision to choose China as the host of the 7th World Military Games in 2015. "We made the decision because of the great contribution that China had made to the peace of the world and the country's willingness to spread friendship through sports," he added.

"The Chinese soldiers have shown great strength and abilities through the medals that they won. Hopefully, China can make a greater contribution to world sports and world peace in the future," said CISM secretary-general Mamby Koita.

Located at the conjunction of the Yangtze and Han rivers in China's central heartland, Wuhan is using sports as a way to put itself on the global map.

Wuhan, traditionally known as the 'Oriental Chicago', played an important role in China's economic and cultural history due to its central location. Now the city of 10 million is becoming an economic powerhouse, thanks to its fast-growing automotive industry, high-tech industries and trade links.

He believes these sports events will, in turn, help Wuhan attract global attention and boost its internationalization drive.

Before the Military World Games opened, mayors of 15 cities worldwide had sent greetings and well wishes to Wuhan. Among them, Zsolt Borkai, mayor of Gyor, Hungary said: "As a former soldier and Olympic champion, I'm aware of what this event means for a city... and what kind of message it sends to the sports world and the athletes."

Pol. Gen. Aswin Kwanmuang, governor of Bangkok, said he was confident that the Military World Games would contribute to Wuhan's "strong status as a hub for international events and lively cultural scenes."

Since taking the CISM flag from Mungyeong, South Korea in 2015, Wuhan has devoted great efforts to make sure the 2019 Military World Games would be a great success and provide a long-term legacy for local residents.

Sustainability is a core value that the Games executive committee has tried to embody. Most of the sports venues are located near residential areas or at universities and will be open to citizens and students after the Games.

It's good news for Lou Luchen, an amateur swimmer living in a northwest district of Wuhan with a population of 600,000, which until now, lacked modern sports facilities.

"In the past, I either spent a long time traveling to swimming pools in other districts or just swam in the Han river, which is quite dangerous in flood seasons," Lou said.

However, Lou and his friends will soon be able to jump into the water in the Five Rings Sports Center, a world-class arena near his home built for track and field, lifesaving and table tennis competitions at the Military World Games.

The Military World Games will also leave Wuhan with huge benefits from infrastructure improvements, new subway lines, and environmental upgrades. Over the past three years, the city renovated 1,300 kilometers of its urban roads and saw its metro network reach 330 kilometers in total length. Meanwhile, a total of 360,000 trees were planted. 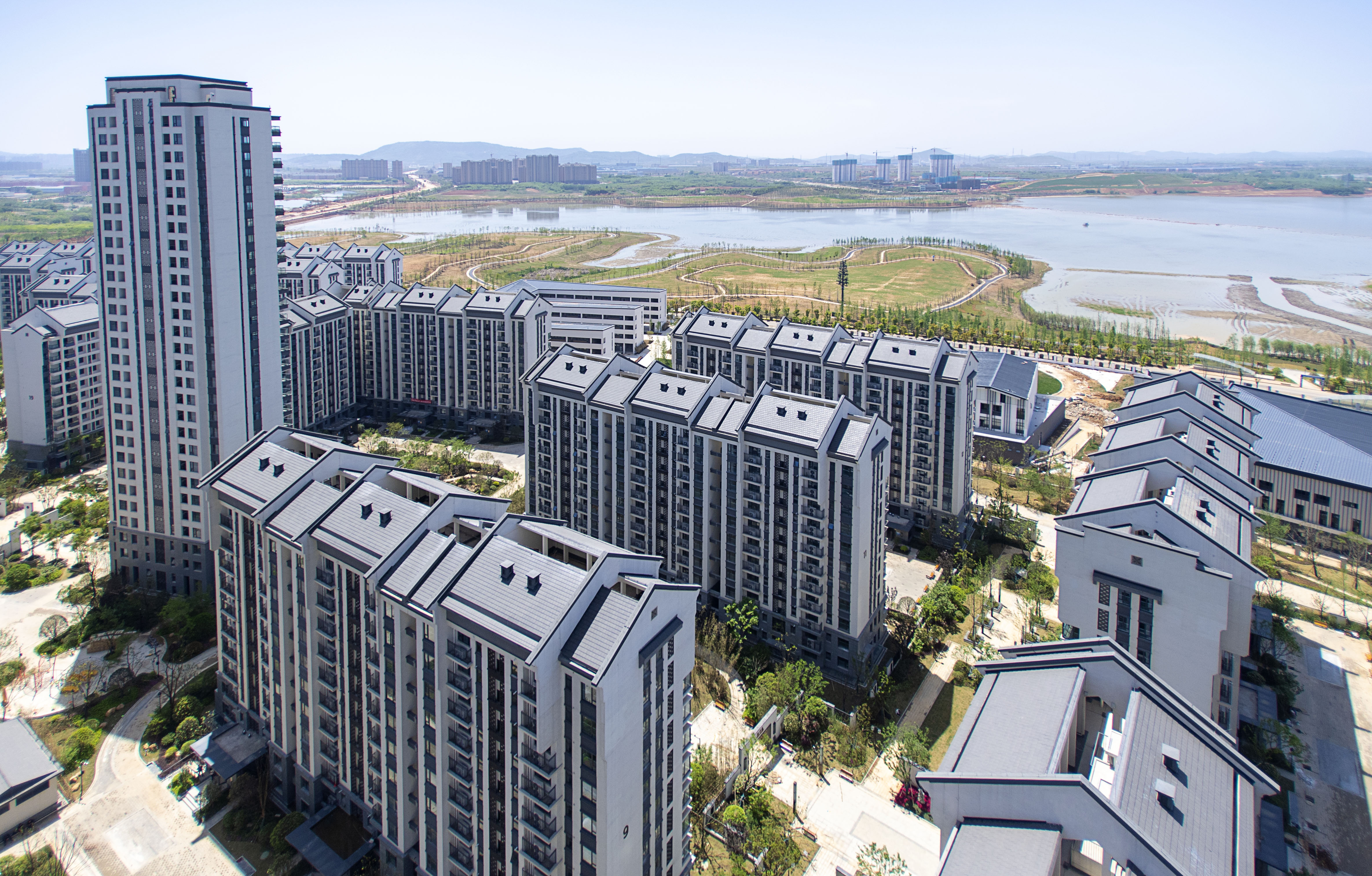 A view of the athletes' village of the 7th CISM Military World Games in Wuhan, capital of central China's Hubei Province. (Photo: Xinhua)

Thanks to the Games, Wuhan has over 1.45 million registered volunteers now, which means there is one volunteer for every eight citizens.

All these facilities and assets are expected to provide Wuhan with a big edge for its bid for more international sports events.