Wuhan officials scolded for sloppiness in attending to virus patients 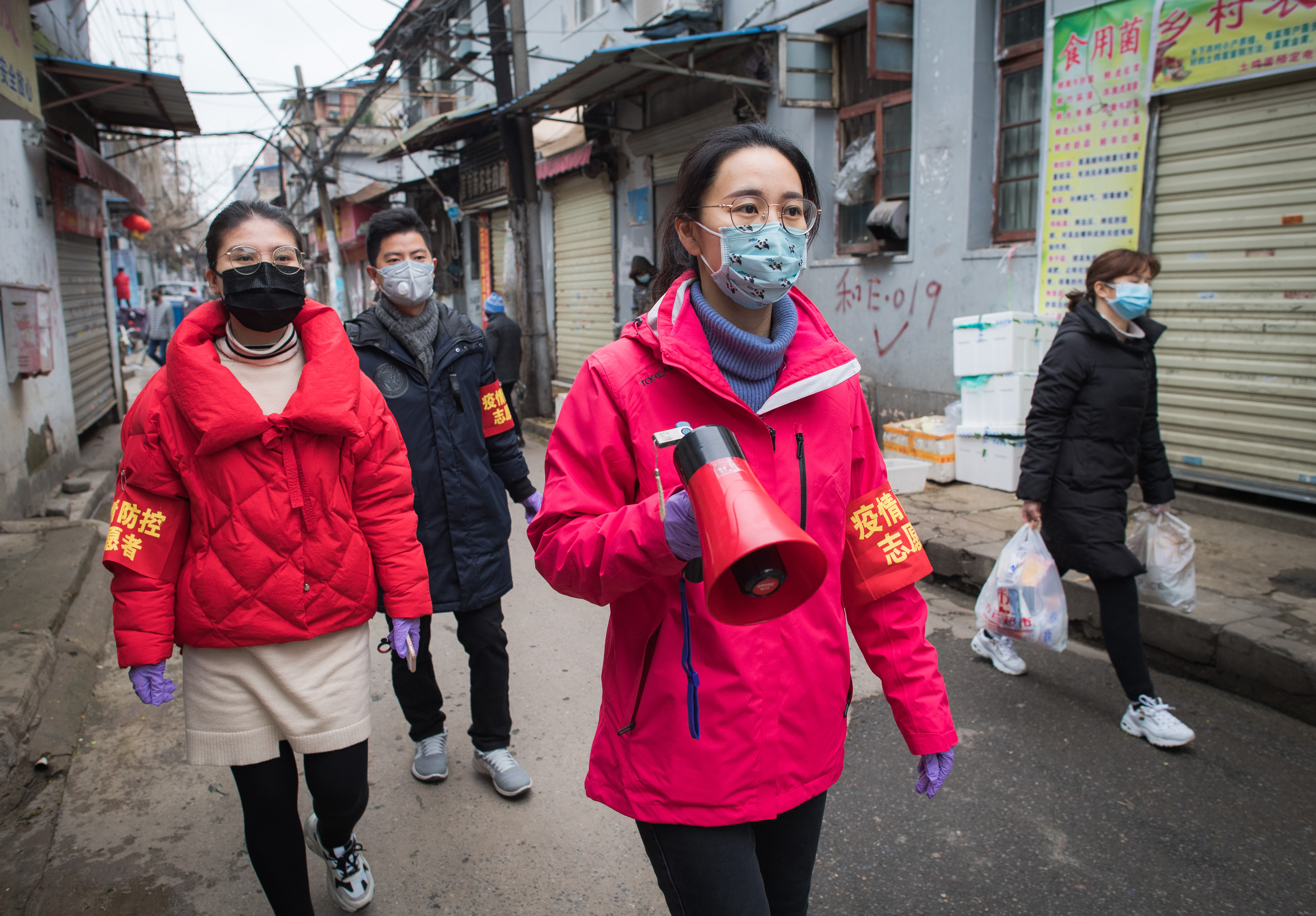 Community workers use a speaker to publicize the information about prevention and control of the novel coronavirus at a street near the Yellow Crane Pavilion in Wuhan, central China's Hubei Province, Feb. 7, 2020. (Photo: Xinhua)

Central government officials have summoned those from Wuhan, the epicenter of the novel coronavirus pneumonia (NCP) outbreak, for talks, following the latest incident in which local officials failing to fulfill their duties when transferring a batch of coronavirus patients to a designated hospital, reflecting the central government’s determination to hold all those officials accountable for slackness and misconduct amid the epidemic.

“All patients getting admitted to hospitals are the key to preventing and controlling the NCP outbreak. We need to do good things well. How can we turn good things to bad? Why did these Party members and officials responsible for transferring these critically ill patients not follow the car? Wuhan is now in wartime [against the novel coronavirus pneumonia outbreak]. These people behaved very badly,” said Gao Yu, deputy secretary-general of the State Council and director of the supervision bureau of the General Office of the State Council, at the meeting.

Gao pointed out the seriousness of the situation, according to a Xinhua News Agency report.

Facing opposite to Gao’s desk, Yu Song, head of Wuchang district in Wuhan, took notes while listening with his face turning red.

This is an urgent meeting to address the key problems exposed in the epidemic prevention and control work in Wuhan.

On Sunday, Wuhan started to take all critically ill patients who contracted NCP into hospitals. However, when reporters followed one transfer route which took patients to Wuhan Tongji Hospital Sunday night, the whole process was full of problems.

Due to the lagging work, disorderly liaison and organization of the Wuchang district government, the conditions of the transfer buses were poor and there was no working staff from the community following the car. This led to critically ill patients waiting for a long time and getting emotional.

Global Times reporters in Wuhan tagged along with one transfer operation in the city’s Wuchang district around Sunday midnight. And they saw that the bus designated for the transfer operation was a public city bus, which was loaded with more than 30 senior patients who were seriously ill.

The number of patients outnumbered the seats, and some who were standing grew so exhausted that they sat down on the aisle.

There were no quarantine measures between the bus driver and the patients, and the bus driver himself was not in a standard protective outfit required for contact with critically ill patients.

The trip to a branch of the Tongji Hospital in Wuhan took around three hours, when even the bus driver suffered several emotional breakdowns, especially when he lost his way and failed to receive guidance from responsible officials.

The disgruntled bus driver stormed out of the vehicle and complained to a working staff saying no community committee workers showed up to coordinate the whole thing or to calm the patients on the bus around 11:15 pm.

He also complained to the Global Times that he was sent out there for the mission since early in the morning, and he also felt sick at the end after skipping dinner and over his own blood pressure problems.

Even after they arrived, some senior patients got off the vehicle and collapsed at the square outside the hospital. Other patients cried and some could not move. There was no employee from the community committee or hospital to help deal with the situation or calm the patients.

Many of them spent an even longer time walking back and forth in the hospital to handle admission procedures, and some grew desperate in the process as neither guiding employees from the hospital nor officials in charge of the transfer operation were there to help, Global Times reporters were told.

"Regarding this incident, the central guidance group’s opinion is that the district government and the streets office should apologize to the patients one by one and hold those responsible to account in strict accordance with Party discipline and government discipline. In addition, as the chief of the district, as the commander of the district, you should be responsible for this matter and write a letter with deep reflection to the superior, Gao said.

"I am deeply sad to learn of the incident on the evening of Sunday,” Yu said.

“As to what happened on Sunday night, the Wuhan government should require the Wuchang district to seriously rectify. The whole city should learn from the issue and reflect profoundly,” said an official from the guidance group, asking Wuhan officials to seriously punish related personnel and treat every problem the public reported earnestly.

“We are responsible for the issue, we will implement the investigation group’s requirements immediately and actively deal with the aftermath,” Chen said.

The Wuchang district head should also make formal and serious self-inspection to the Wuhan city Party committee, and prevent such incidents from happening again, the Global Times has learned.

Those heavily ill senior patients should never be transferred by public bus, and ambulances should be deployed to transfer each individual in this case, and officials must closely follow such transfers in person, Gao demanded.

“Among all those tips we received, there were more than 200 tips about Hongshan district; have you walked through all the details of your work, or you just haven’t done enough?” An official from the group asked Lin.

“We’ve overcome a lot of difficulties, done a lot of work. But there are some derelict things, which we will fix accordingly after we go back,” said Lin.

The talks lasted more than an hour.

Wang Hesheng, a veteran health official whose last post was in the National Health Commission, is now assigned to take the two posts. Wang is also one of the members of the central government group assigned to take control of epidemic in the city.