CHINA Wuhan'on the rise' a year after lockdown was lifted

Wuhan'on the rise' a year after lockdown was lifted 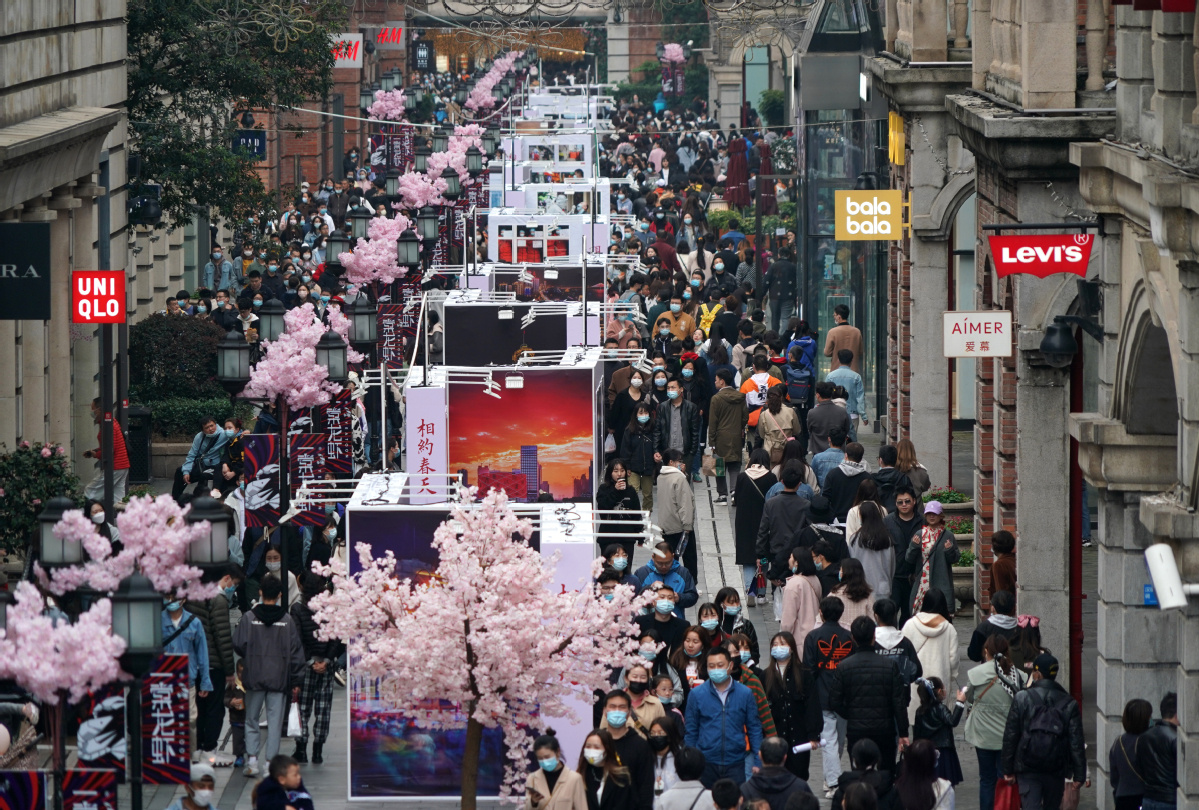 Visitors attend a photo exhibition marking the victory of Wuhan and Hubei over the coronavirus along the same section of the street on Sunday. (Photo: agencies)

One year after a lockdown was lifted, Wuhan, capital of Hubei province, the city hardest hit by COVID-19 on the Chinese mainland, has recovered from the outbreak and is developing at an even more rapid pace than before, experts and local residents said.

On April 8 last year, the city reopened after a 76-day lockdown brought on by the COVID-19 outbreak. It has reported no local COVID-19 cases for more than 10 months, since May 18.

Mass vaccination of Wuhan residents was launched in December to further strengthen the safety and health of the people. As of Tuesday, 3.7 million vaccine doses had been given, according to the city's health commission.

Vaccination of people over age 60 and in good health has started. Vaccinating people under 18 will be carried out in stages, the commission said.

"Now our city is a healthy, happy one that is on the rise," Liu Huihao, a professor at Zhongnan University of Economics and Law, told Changjiang Daily, a newspaper in Wuhan.

When President Xi Jinping made an inspection tour of Wuhan on March 10 last year, he said the heroic people of the heroic city would definitely defeat COVID-19, rise from the ashes and make more glorious achievements in a new era.

Bearing Xi's remarks in mind, the people of Wuhan not only beat COVID-19 but also brought changes to the city after its full recovery from the outbreak.

One example is the ongoing construction of a national medical center for major public health incidents at Tongji Hospital, which is affiliated with the Tongji Medical College of Huazhong University of Science and Technology.

Construction started in July on the center, which covers 105,000 square meters and is meant to improve the city's ability to deal with medical emergencies such as infectious diseases.

The center is expected to be completed in June 2022, when it will become the country's sixth national medical center and the first outside Beijing or Shanghai.

Six provincial-level pandemic treatment centers also are being built around Hubei, including three in Wuhan.

The centers are designed to ensure quick control of any contagion and timely treatment of infectious diseases both on a day-to-day basis and during outbreaks, according to a plan announced last year by the Hubei provincial committee of the Communist Party of China.

The move is part of Hubei's efforts to implement reforms in disease control and prevention.

The centers will be responsible for reacting quickly to outbreaks, having adequate medical supplies and saving critically ill patients, so that successful treatment can be increased and death rates lowered, the plan said.

During the Spring Festival holiday in February, 6.92 million trips were made to Wuhan, making it the fourth most popular tourist destination among all cities in China, after Chengdu, Sichuan province, Hangzhou, Zhejiang province, and Chongqing, according to the Ministry of Culture and Tourism.

In March, with the approach of the cherry blossom viewing season, online searches for "admiring blossoms in Wuhan" soared.

Online travel agency Ctrip said searches on its platforms for "blossom viewing" in Wuhan increased 280 percent compared with February, and the number of such trips to Wuhan that were booked on its platforms grew by 115 percent year-on-year.

Wang Xiukun, a postgraduate student of German language and literature at Wuhan University, said more than 1,000 students from her university volunteered to accompany and offer voluntary services to about 200,000 visitors who came to the university for the cherry blossoms since March.

"There were medical staff members who had assisted Wuhan in the fight against COVID-19. There were also ordinary tourists who were enthusiastic about admiring the flowers," she said.

Seeing that the university and the city have been as full of people as they used to be, Wang said she felt "the city itself is like a cherry blossom that blooms again".