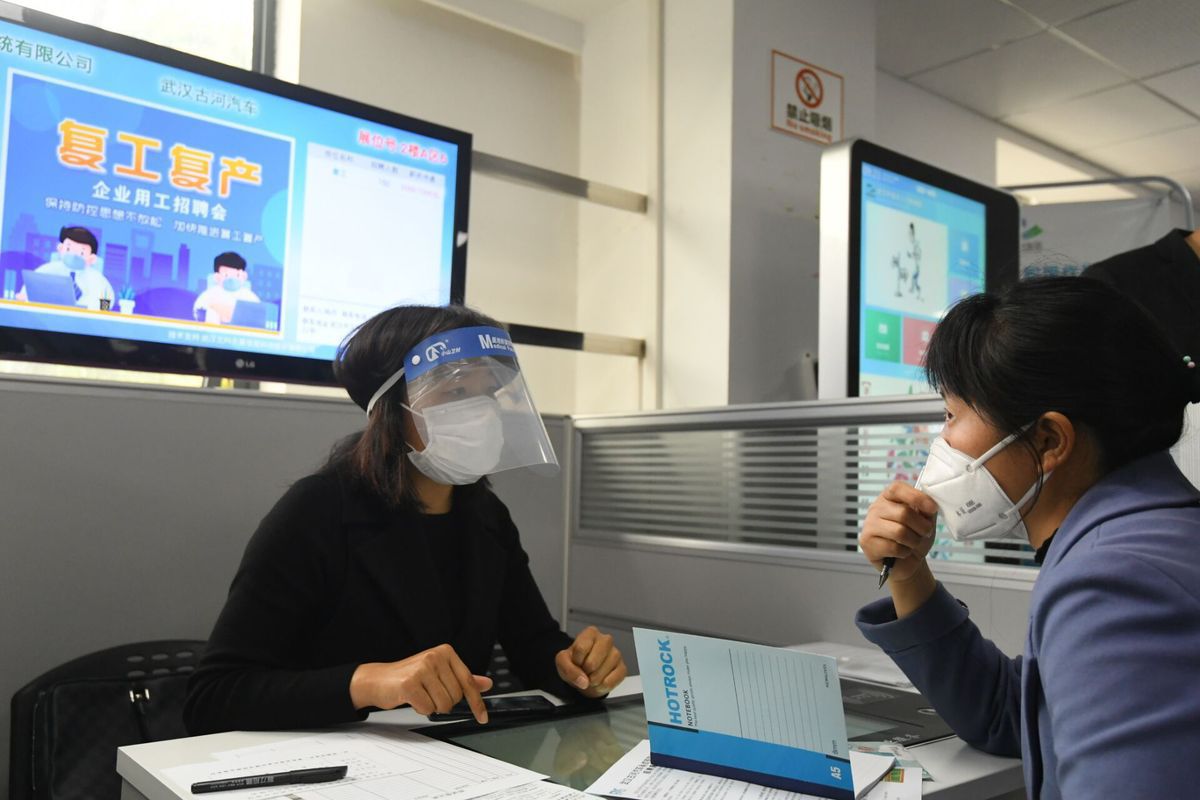 A job seeker consults a staff worker at a job fair in Wuhan, Hubei province, on April 21, 2020. (Photo by Li Ziyun/for chinadaily.com.cn)

The government of Wuhan, the hardest hit city by COVID-19 on the Chinese mainland, has the confidence and resolution to achieve its goal of poverty alleviation set for the year 2020 in spite of the difficulties brought by the outbreak, according to a city official.

The epidemic in Wuhan did have adverse effects on the city's goal of rooting out poverty before the end of the year. For example, the epidemic made it difficult for people in poverty to head out for work and affected the development and operation of some industries, as well as some projects that should have helped the poor, said Li Qiang, deputy mayor of Wuhan, at a press conference on Friday.

Li said the city government is taking proactive measures to reduce such adverse effects. These include dispatching Party members and task forces to help people on the poverty list while infected by the novel coronavirus, making sure they receive get free treatment and raising the standard of stipend they receive.

"Meanwhile, under the precondition of good control and prevention of the virus spread, work resumption is taking place in the agricultural industry and some other enterprises to reduce the effect the epidemic has on people's income," Li said, adding the government is coordinating to address problems facing agriculture and enterprises, like sales channel issues, supply of raw materials and financial support.

Li said the epidemic's greatest impact is on poor people's employment. Before the outbreak, almost 50 percent of this population's income came from working in other cities. Now as some are unable to leave their hometown for work outside because of the epidemic control measures, Li said the government of Wuhan is helping them overcome difficulties by releasing more employment information, issuing transport subsidies, conducting online or offline vacational training and coordinating enterprises to save posts for these people.

"Also, for the recruitment of some local posts relevant to prevention and control of the disease, such as cleaning, disinfecting and patrol staff, we give priority to hiring those who are unable to go out for work," Li said.