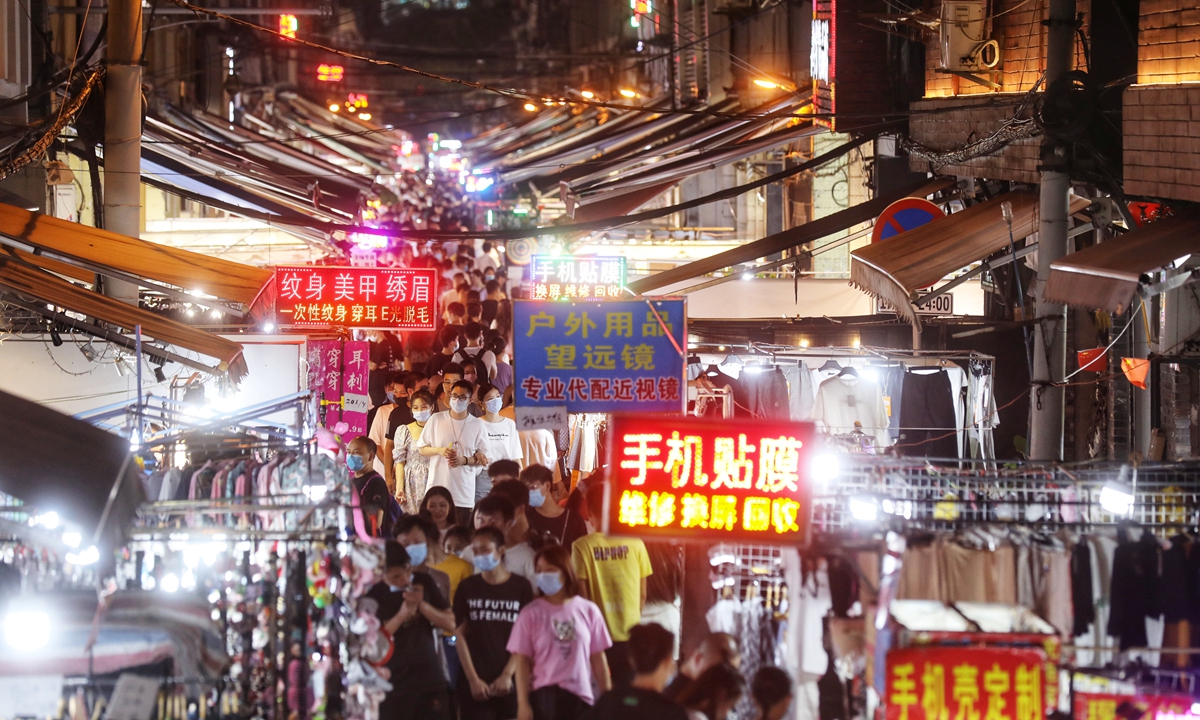 Wuhan, capital of Central China's Hubei Province, is back in the spotlight over reports of the alleged illegal sales of wild frogs at local markets, a reversal of increasing national awareness against wildlife consumption and trade in the post-epidemic era.
Wuhan has gradually returned to normal after overcoming the country's most severe COVID-19 outbreak at the beginning of this year, which was widely suspected to be related to wild animals.
Chinese social media said that some merchants in Wuhan's Tianshengjie and Changchunlu food markets were selling wild frogs at prices ranging from 50 yuan ($7.30) to more than 60 yuan per kilogram.
"We have received tip-offs on the illegal sales, and a probe is underway," an officer with the Wuhan market supervision and regulation bureau confirmed to the Global Times on Monday.
The COVID-19 epidemic has made more people aware of the importance of protecting wild animals.
Wuhan banned eating and hunting wild animals as well as illegal wildlife trade, according to a regulation released on the official website of the Wuhan government in May.
The regulation stipulated that wild animals and their products that are banned from consumption will include all terrestrial wildlife - animals that are on the national and Hubei provincial preservation lists, as well as animals that naturally live and reproduce in the wild environment, and artificially bred and propagated wild animals.
The topic "Wuhan food markets sell wild frogs" soon started trending on Chinese social media platform Sina Weibo, with 170 million views as of press time.
Netizens expressed their disappointment and anger at seeing such illegal trade and called on relevant authorities to punish those responsible strictly and promptly.
Wuhan, which suffered the most from the epidemic in China, should know better than other cities not to let this happen again, one netizen wrote on Monday.
Although to date there has been no definitive conclusion as to where or what animal the novel coronavirus came from, it has long been a social consensus not to catch, sell or eat wild animals, said analysts.
The outbreak in the Huanan seafood market in Wuhan and in the Xinfadi food market in Beijing should serve as reminders to people that food markets are high-risk places for the spread of the virus, residents said.