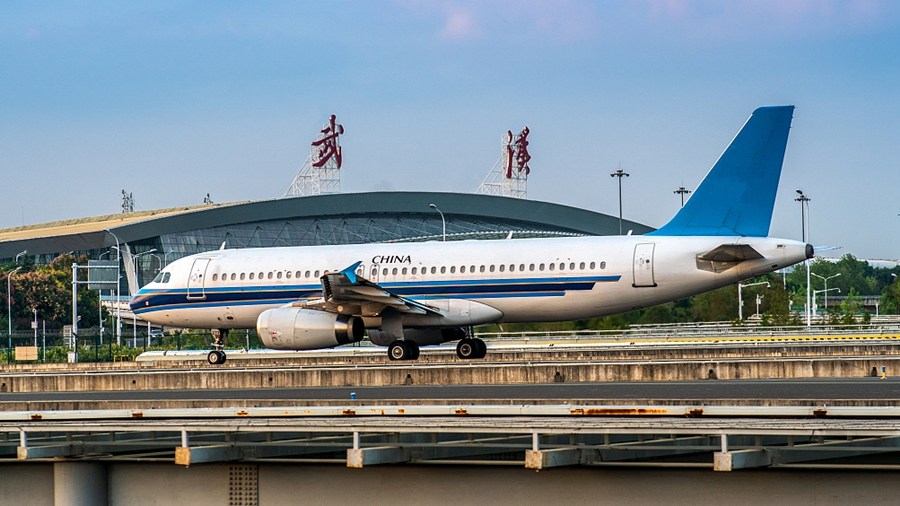 WUHAN, Sept. 16 (Xinhua) -- Central China's Wuhan, a city once hit hard by COVID-19, saw the landing of its first international passenger flight Wednesday morning after more than seven months of suspension due to the epidemic.

Departing from Seoul, the flight TW615, operated by T'way Airlines, landed at the Wuhan Tianhe International Airport at 10:48 a.m., marking the resumption of the regular passenger air route between Seoul and Wuhan.

The 60 passengers on the flight were transferred to designated hotels for 14 days of medical observation after completing temperature tests, epidemiological investigations, blood tests, and nucleic acid tests at the airport.

According to the Hubei Airports Group Company, the 3-hour route is flown by a Boeing B737-800 every Wednesday.

The resumption of the Wuhan-Seoul route shows the anti-epidemic achievements of the people of Wuhan and Hubei Province, which will also help promote the resumption of work and production in Wuhan, said Li Yizhuo, an official of Wuhan's transportation bureau.

So far, Wuhan Tianhe International Airport has resumed passenger routes bound for 73 domestic destinations, with about 500 inbound and outbound flights a day. The daily throughput of domestic passengers has returned to more than 90 percent of that of the same period last year. Enditem