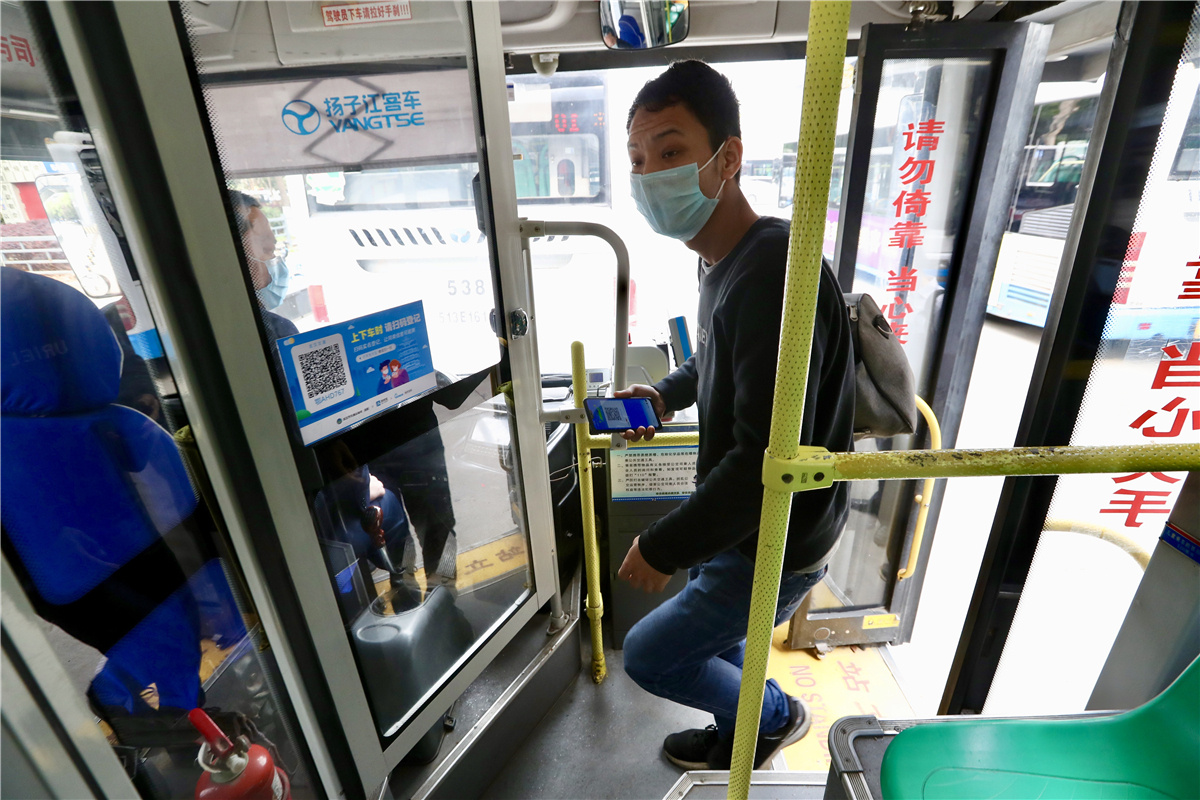 A man boards a bus on Wednesday at Wuchang Railway Station in Wuhan, capital of Hubei province－the city hardest hit by the COVID-19 outbreak in the nation. Transport services in Wuhan have begun gradually reopening to the public as the city has achieved significant results in the battle against the virus. (Photo: China Daily)

Wuhan, the city hardest hit by the epidemic in China, has intercepted the spread of novel coronavirus, Liu Dongru, deputy director of the Hubei provincial health commission, said at a local news conference on Friday.

Given that besides one confirmed case on Mar 23, no new infections or suspected cases have been reported since Mar 18, the general risk level of the city has been lowered from high to moderate, with five districts are rated as low-risk regions, Liu said.

In Hubei province's other areas, there have been no new cases for 22 consecutive days. "However, no reports do not mean no risk. Though the epidemic-related numbers have dropped, prevention and control tasks are harder rather than easier," he stressed, adding the risk of a regional outbreak still exists.

Liu Jiafa, Party chief of the Hubei Provincial Center for Disease Control and Prevention, said at the news conference asymptomatic carriers of the novel coronavirus may not be the main source of transmissions based on current figures.

The asymptomatic people in the province are put in concentrated isolation for 14 days, and are freed from quarantine after testing negative for the virus twice, he added.