Doctor Ai Fen, who had fought the early outbreak of coronavirus in Central China’s Wuhan, is accusing an ophthalmology hospital in the city of botching operation that has left her nearly blind in her right eye. AIER Eye Hospital Group said it is investigating the doctor’s complaint. 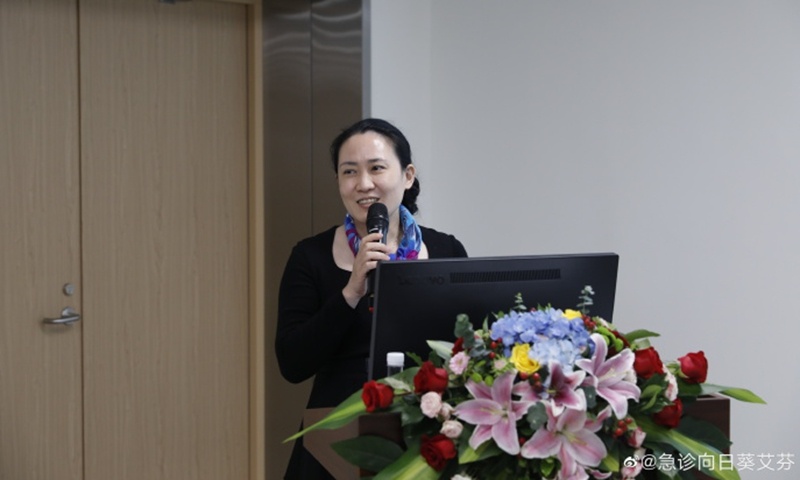 Ai, who works in the emergency department of Central Hospital of Wuhan, created storm of controversy after posting her accusation online.

AIER Eye Hospital Group has more than 600 branches in China and its market value exceeds 308.5 billion yuan, ranking fourth on the Growth Enterprise Market of the Chinese stock market.

AIER group said Saturday it set up an investigation team in Wuhan and will thoroughly investigate Ai’s accusation, according to its official statement on Saturday.

Ai said she was treated for blurred vision at AIER in May and followed with the recommended implantation treatment. After the treatment, Ai said her right eye had a detached retina and is nearly blind.

Ai accused the hospital of not giving her a proper examination before operating. Ai said Wang Yong, the surgeon who completed her operation who is also the deputy head of the AIER branch in Wuhan, did not do much to help her.

Ai also claims Wang swapped a photo of her eye for another person’s with severe cataracts.

Ai’s claims were rejected by AIER’s Wuhan branch in an earlier statement on Thursday night, which stated that Ai had myopia complicated by cataracts in her right eye. Her pre-operation examination, surgery and post-operative reviews were in compliance with medical standards, the hospital said.

The statement said the pre-operation examination didn’t find Ai has a detached retina. The checks were consistent with her previous diagnosis.

AIER said post-operative reviews showed her vision had largely improved after the operation.

The Global Times found many netizens reported similar experiences after Ai’s complaints, and some threw mud at all private hospitals like AIER.

Ai has won support online because she is a doctor who had fought for the country during the early stage of the epidemic and was honored as a hero of the city and the country.

“I’m a doctor and I never thought about provoking a disturbance. I hope to expose the irregular behavior of AIER hospital during its diagnosis and treatment process through my personal experience…” Ai wrote on her Weibo account on Friday.

“If the country needs me, I will wear goggles and protective clothing to go to the front line one more time,” she wrote.