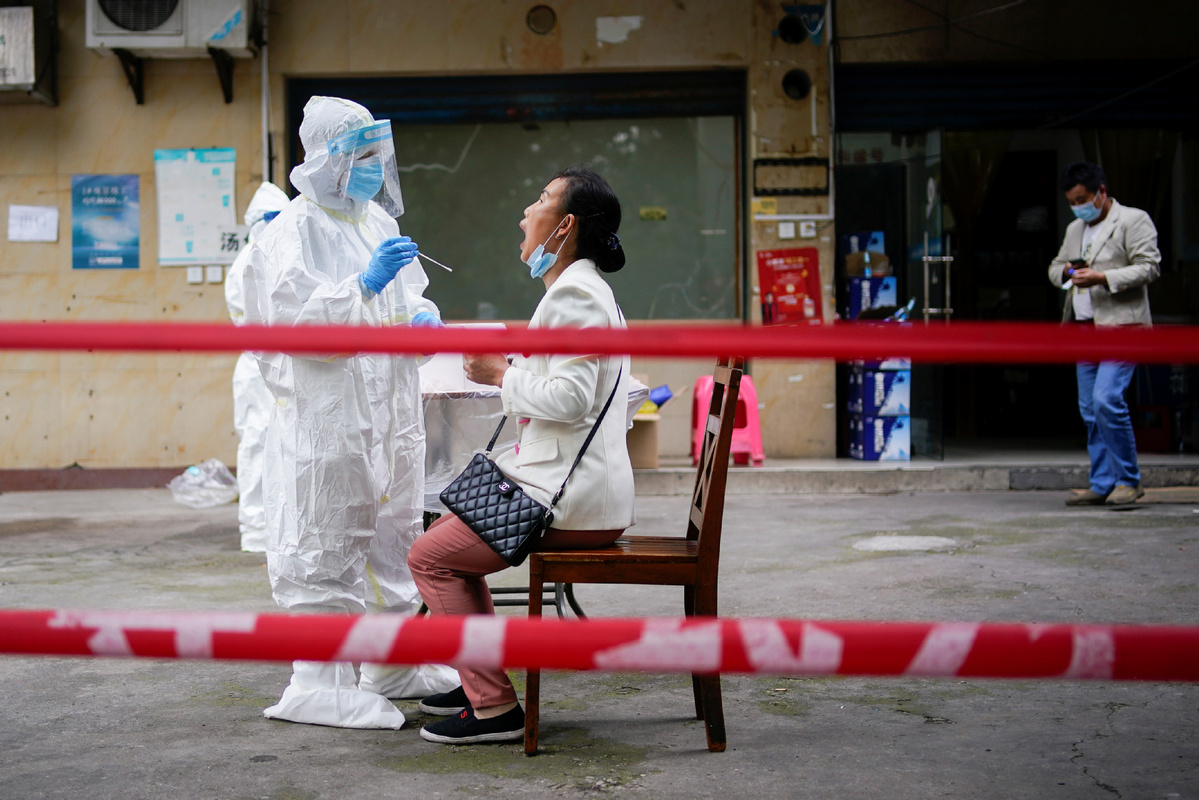 A medical worker in protective suit conducts nucleic acid testings for a woman at a residential community in Wuhan, Hubei province, on May 15, 2020. (Photo: China Daily)

The central Chinese city in Hubei Province on May 14 launched a campaign to offer nucleic acid tests to those not tested before. Officials said the move was aimed at reassuring the society as the city reopens its factories, businesses and schools.

The city's health commission said the tests are voluntary and free, with all costs borne by city and district governments.

Hu said the outlay is "totally worthwhile" as it reassures Wuhan residents as well as the whole nation, and will help the city bring its social and economic activities back on track.

"After the citywide tests, Wuhan residents, who have made great sacrifice during the city's lockdown, will also lift their psychological lockdown," he said.

Hu said the testing drive mainly used the method of individual testing, which is supplemented by batch testing.

A batch test mixes samples from different people, up to five persons in Wuhan's case, to be analyzed in one test. Only when the result is positive is a second round of individual tests required.