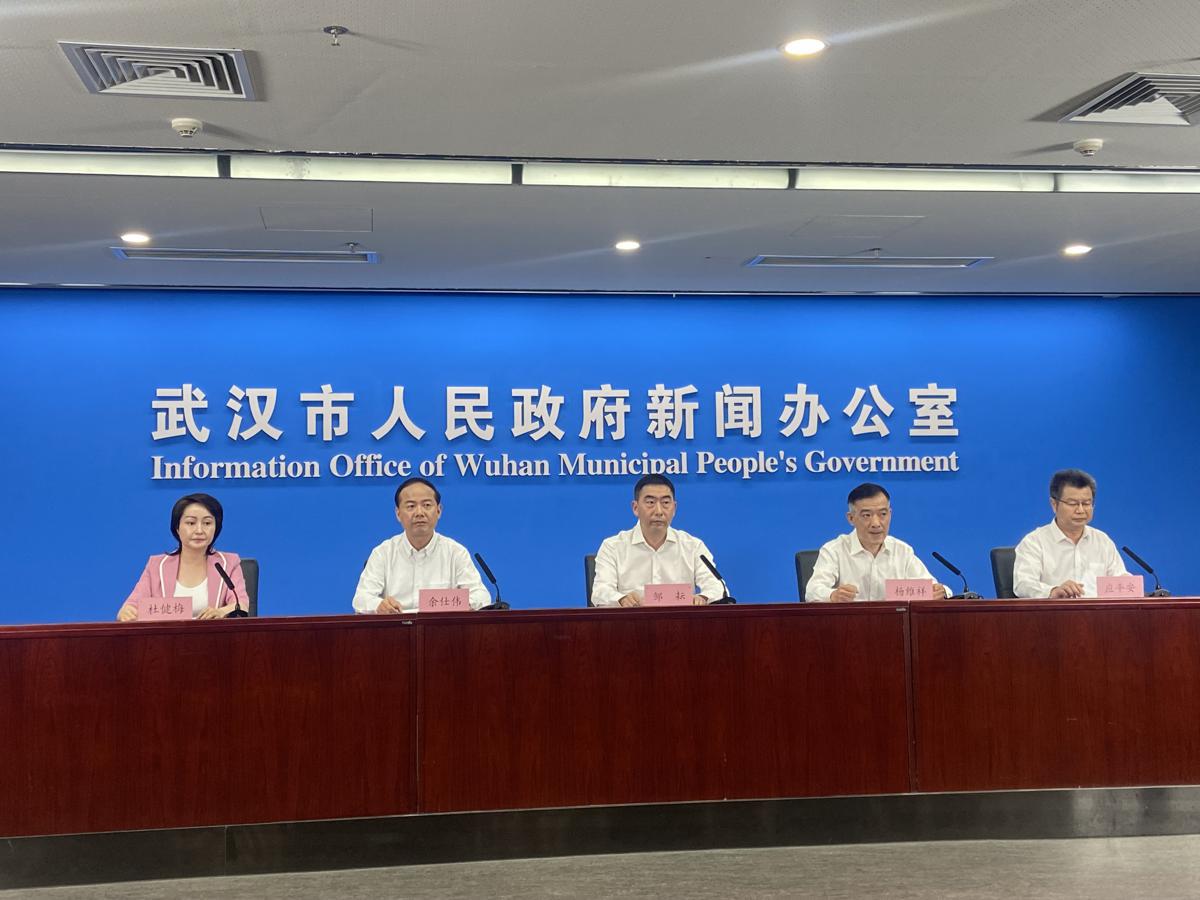 Wuhan, Hubei province, has started a new round of high-speed railway construction to build the central metropolis into a major high-speed railway transportation hub, officials from the city government said at a news conference on Wednesday. (Photo: China Daily)

Wuhan, Hubei province, is starting a new round of high-speed railway construction that will turn the metropolis into a major rail transport hub radiating to major domestic cities in 12 directions.

Ying Ping'an, an official from the city's development and reform commission, said that both the Hubei provincial government and the Wuhan city government have proposed building new high-speed rail channels — including Wuhan-Shenzhen, Wuhan-Guiyang and Wuhan-Qingdao — to form an advanced network centered on Wuhan in the coming years.

"The network will connect the country's two north-south railway arteries (Beijing-Guangzhou and the west channel of Beijing-Kowloon), as well as two east-west lines (Shanghai-Wuhan-Chengdu and Shanghai-Chongqing-Chengdu)," Ying said at a news conference in Wuhan on Wednesday.

The network would also link to two other major high-speed lines — Fuzhou-Yinchuan and Qingdao-Guilin, he said.

"The railway plan and construction can fundamentally eliminate the structural weaknesses of Wuhan's railway network and have a significant and far-reaching effect and impact on positive economic development in the Yangtze River Economic Belt, and it will further promote the economic growth of central China," Ying said.

Meanwhile construction of the railway network will help further improve the modern transportation system of the Wuhan metropolitan area, enhance the central position of Wuhan as a railway hub and revitalize the city's post-pandemic economy.

Currently, Wuhan — already one of the four major transportation hubs on the Chinese mainland — has formed a four-hour economic circle to major provincial and regional capitals.