As Wuhan gains the upper hand against the epidemic, volunteers have stepped up their efforts. One group responsible for collecting and delivering medical supplies to community hospitals also helped calm nerves and put people at ease. 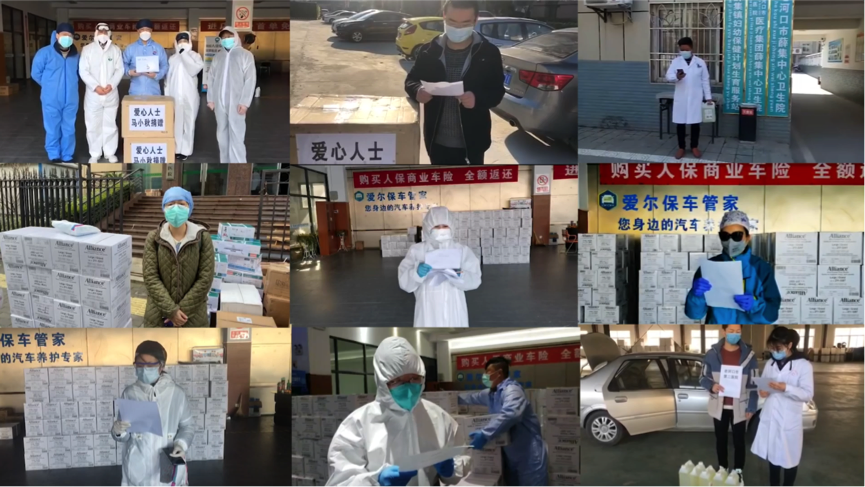 Wan Bin was one of a dozen volunteers associated with grassroots efforts.

"We'll send the receipts to the donors. We have been transparent in our receipt of all medical supplies. We have to make sure our work is flawless. We should be responsible for the donors. It's also a way to say thank you," Wan said.

Wan and her teammates have accomplished 300 missions. The volunteer team has been working non-stop for a month since the epidemic began.

Team leader Wang Zhixiang said what they're doing is rewarding.

"I think what we have done can save lives. The atmosphere now has become better. In the beginning, you could feel the nervousness of the hospital staff. They were so short of supplies," Wang said.

The volunteers transformed a garage into a warehouse, connecting donors, factories and hospitals.

The city of Wuhan remains under quarantine and most residents still stay home. For the volunteers, traveling outdoors could be dangerous. But Wan Bin said she's fearless when it comes to helping others.

"I am a local Wuhan resident. If I do not support my city, I will feel guilty. I hope that I can help relieve public anxiety. I have to contribute as much as I can," Wan said.