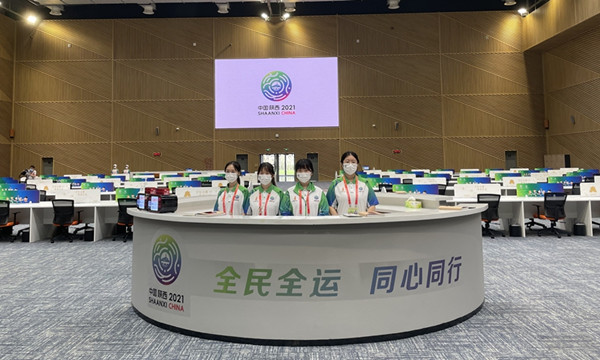 Analysts said the epidemic prevention of the National Games is more comprehensive and stricter than that of the Tokyo Olympic Games, and the closed-loop management system will likely create a standard to be followed by the Beijing Winter Olympics.

While East China's Fujian Province is experiencing a surge in new virus cases, Xi'an is making a final push to the start of the games, which are expected to see 46,200 people to participate, including performers, athletes, audiences, technicians, security guards, other staffers and officials.

Gao Zhidan, a deputy director of China's State General Administration of Sport, said on Tuesday that the administration and the Shaanxi Provincial Government have always given top priority to the safety and health of participants and have never slacked off in epidemic prevention.

The 14th National Games, which will be held from September 15-27, is the first major comprehensive sports event in China since the start of the pandemic. It is also China's highest-level sports event prior to the Beijing Winter Olympics which begin in the new year.

Under a state of emergency, the Tokyo Olympics logged 430 COVID-19 cases, according to media reports.

Despite the opening ceremony is scheduled on Wednesday, the 14th National Games began on July 11 and there has not been a single infection under to strict closed-loop measures. 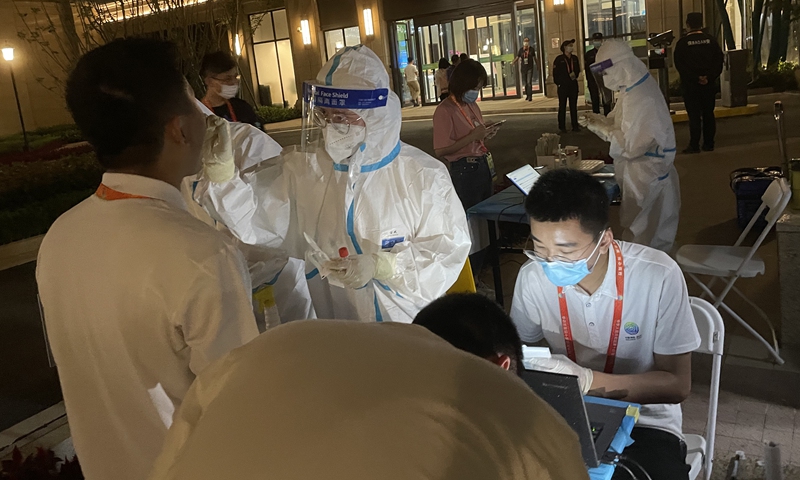 A Global Times reporter found that the athletes' village and media center, and other key venues are under a closed management structure. After arriving at the airport or railway station, athletes and media personnel will be guided by staff through a special channel to designated buses, making "site-to-site" transportation a closed-loop.

Cui, a reporter who had participated in the covering of Tokyo Olympics, told the Global Times on Tuesday that Xi'an's epidemic prevention is stricter than Tokyo's. Although there was also a COVID-19 prevention APP and daily health recording, there was no closed loop in Tokyo, and Olympics-related personnel can freely move wherever they want to go, increasing the risk of infection.

"There is no media village in Tokyo like here in Xi'an, reporters lived in scattered hotels, which made organizers unable to form effective controls?and even the management of hotel entry did not have mandatory rules on access," Cui said, noting that "there was also no mandatory regulation on nucleic acid testing."

The transportation for the media in Tokyo was not convenient and there were not enough designated cars. Each media personnel were given 14 tickets for designated taxis, but it didn't mean to cut ties with ordinary taxis, Cui said.

Ma Guanghui, a deputy director of Shaanxi Provincial Health Commission, said on Tuesday that the COVID-19 outbreak in Fujian will have a limited impact on the safe and smooth hosting of the games, given that all athletes have been under a closed management protocol since August 6 and technical officials were asked to undergo home isolation for seven days before travelling to Xi'an.

People from Fujian who have met requirements will be allowed to participate in the games and will be given two nucleic acid tests upon arrival in Xi'an, and then tested once a day, Ma said.