SHANGHAI, Nov. 12 (Xinhua) - President Xi Jinping on Thursday attended a grand gathering to celebrate the 30th anniversary of the development and opening-up of Shanghai's Pudong.

Xi, also general secretary of the Communist Party of China (CPC) Central Committee and chairman of the Central Military Commission, delivered an important speech at the event. 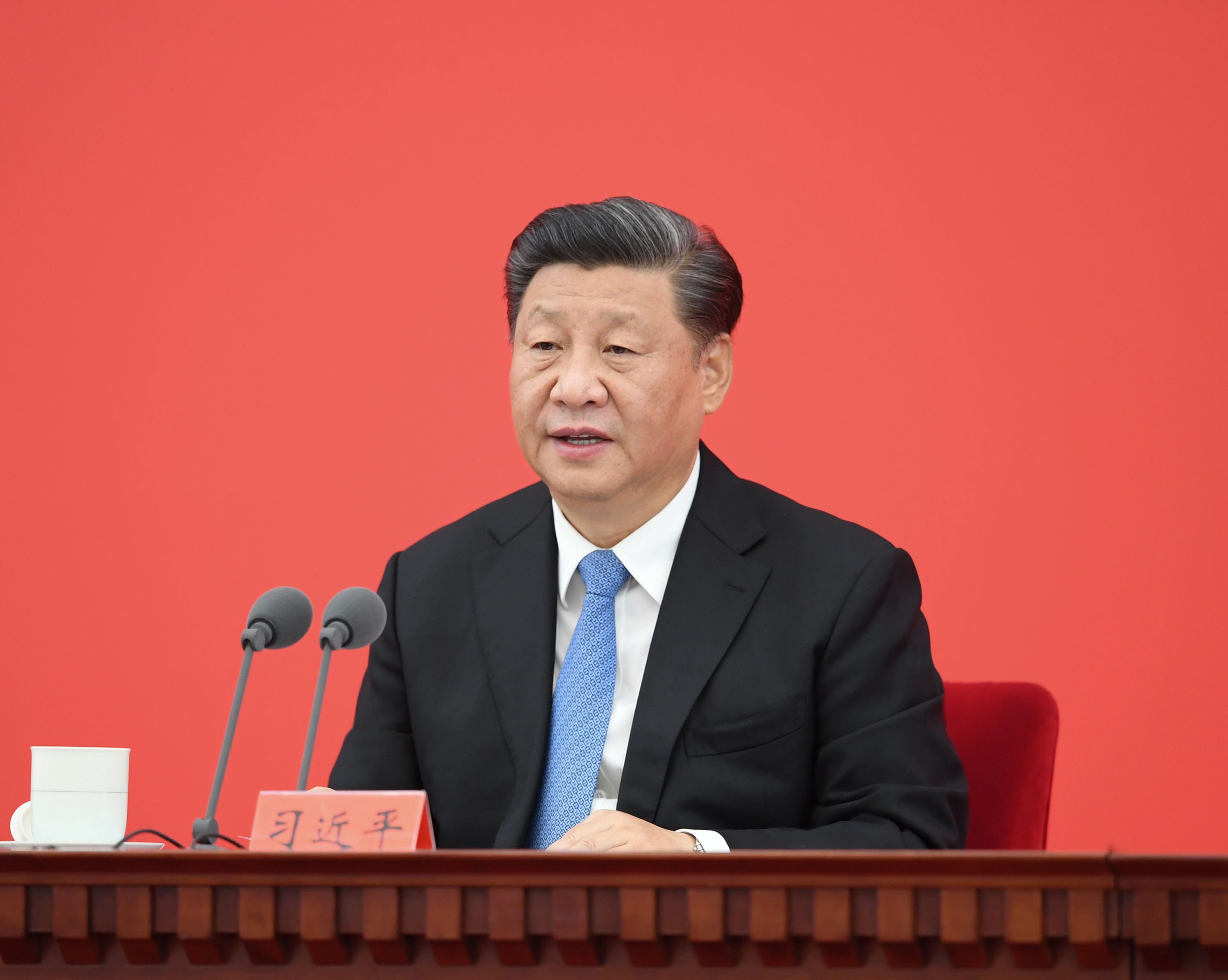 Efforts should be made to make Pudong a pioneer of reform and opening-up at a higher level and a vanguard in fully building a modern socialist country, Xi said.

Pudong should also strive to become an example that highlights the Chinese people's confidence in the path, theory, system, and culture of socialism with Chinese characteristics, he said.

Three decades ago, the CPC leadership stressed taking Pudong's development and opening-up as a lead to further open up cities along the Yangtze River and building Shanghai into an international economic, financial and trade center as soon as possible to drive new economic leaps in the Yangtze River Delta and the entire Yangtze River Basin, Xi said. 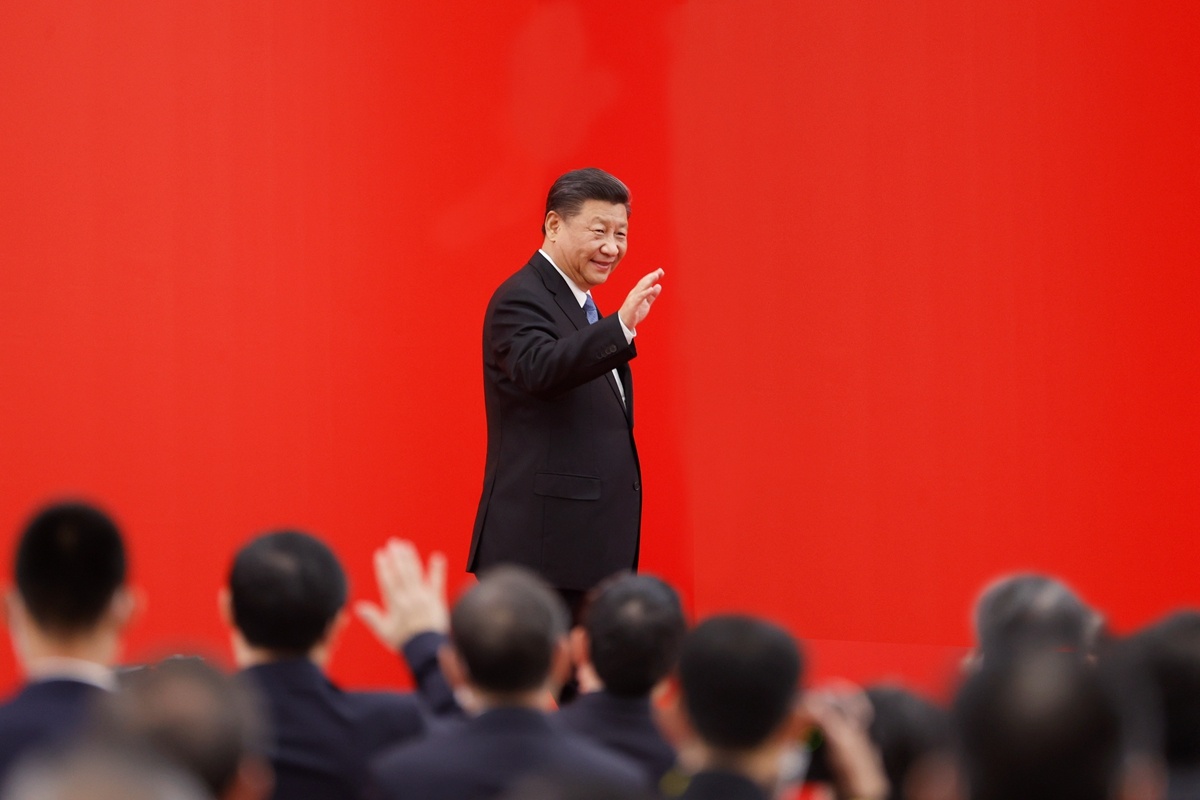 The achievements of Pudong over the past 30 years offer the most telling evidence of the strength of the system of socialism with Chinese characteristics, and are a vivid demonstration of the country's reform, opening-up and socialist modernization, Xi noted.

The coming 30 years, from now to the middle of the 21st century, will be a time for China to build a great modern socialist country, Xi stressed, calling on Pudong to play new roles and accomplish new missions in the new march.

All-out efforts should be made to make the innovation engine stronger and explore new horizons of independent innovation, Xi said.

He urged the achievement of major innovations in basic science and technology and major breakthroughs in key and core technologies. He also called for speeding up the creation of world-class industrial clusters in sectors including integrated circuits, bio-medicine and artificial intelligence.

Xi stressed strengthening the synergy in advancing reform and activating new impetus for high-quality development, as well as focusing on reform moves that play a fundamental role and act as engines of progress.

He also called for a coordinated approach in promoting reforms in key areas and links and the creation of a world-class business environment that is market-oriented, law-based and internationalized.

Xi stressed creating new advantages in global cooperation and competition, as well as advancing opening-up, with institutional guarantees in the areas of management, standards, rules and norms.

Pudong should give better play to the role of the Lingang area of the Shanghai Pilot Free Trade Zone and speed up the joint building of a global shipping hub together with the Yangtze River Delta region, Xi said.

Efforts should also be made to strengthen the capability of mobilizing global resources and serve the establishment of the new development pattern, enhance the global influence on mobilizing factors including fund, information, technology, talent and goods, Xi said.

The president also urged Pudong to establish an international financial-asset trading platform, develop a higher-level headquarters economy and build itself into an important hub of global industrial, supply and value chains.

Xi called for modernizing urban governance, opening up new prospects for urban construction of, for and by the people, and exploring a megacity development path that reflects Chinese features and the characteristics of the times, while highlighting the advantages of China's socialist system.

Efforts should be made to build cities into beautiful homes where people and nature coexist in harmony, Xi noted.

Noting that Shanghai is the birthplace of the CPC, Xi stressed passing on the traditions of revolution and acting on the party's original aspiration and missions.

On Thursday morning, Xi also visited an exhibition featuring Pudong's development and opening-up over the past three decades under the guidance of national strategies. 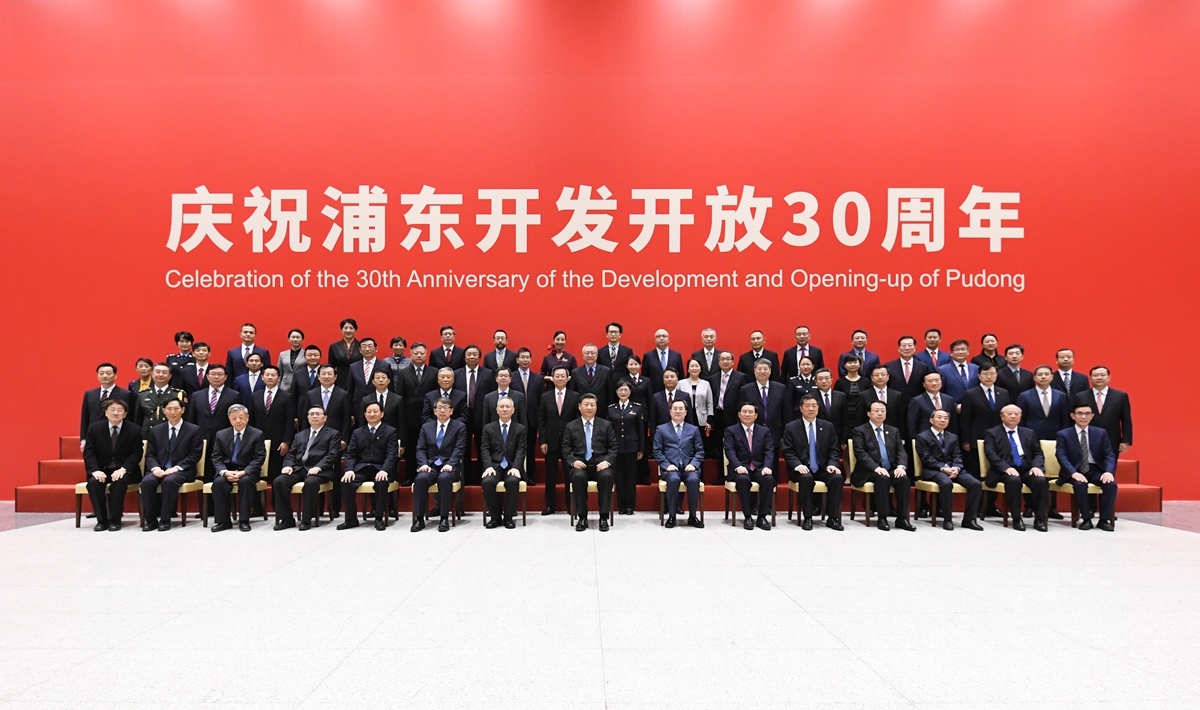 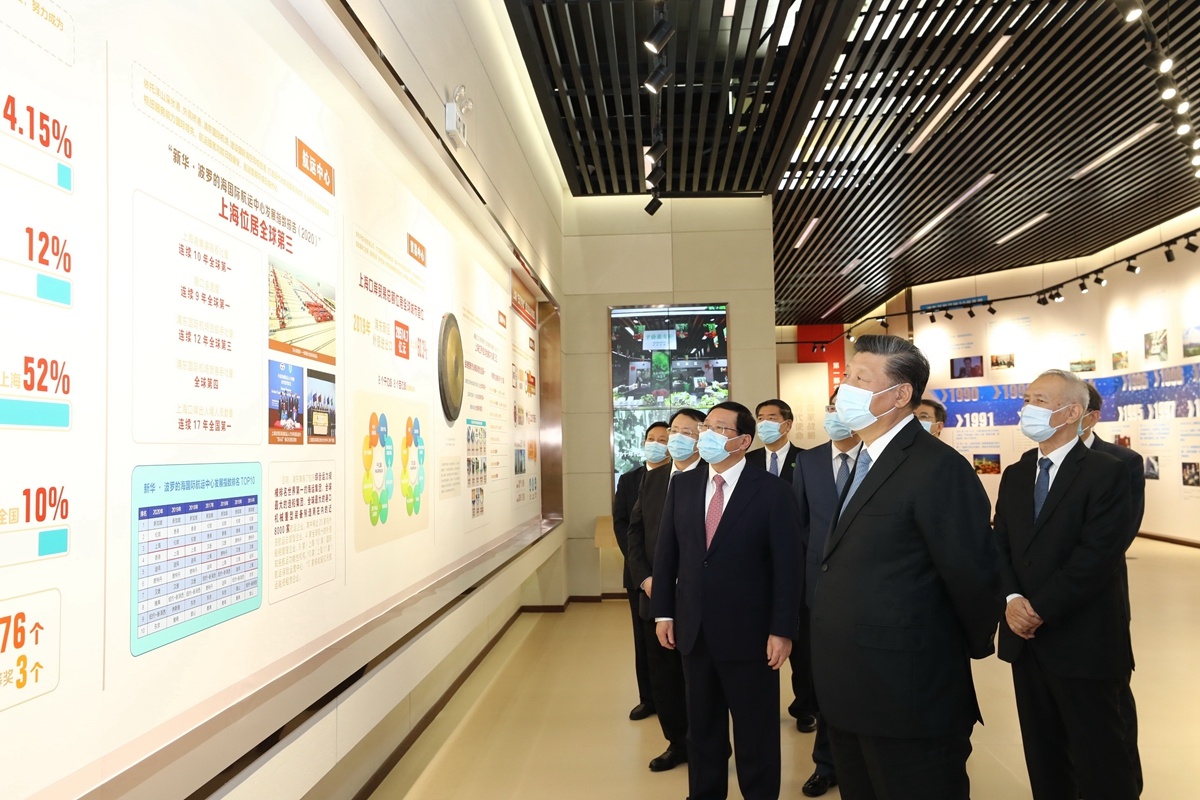 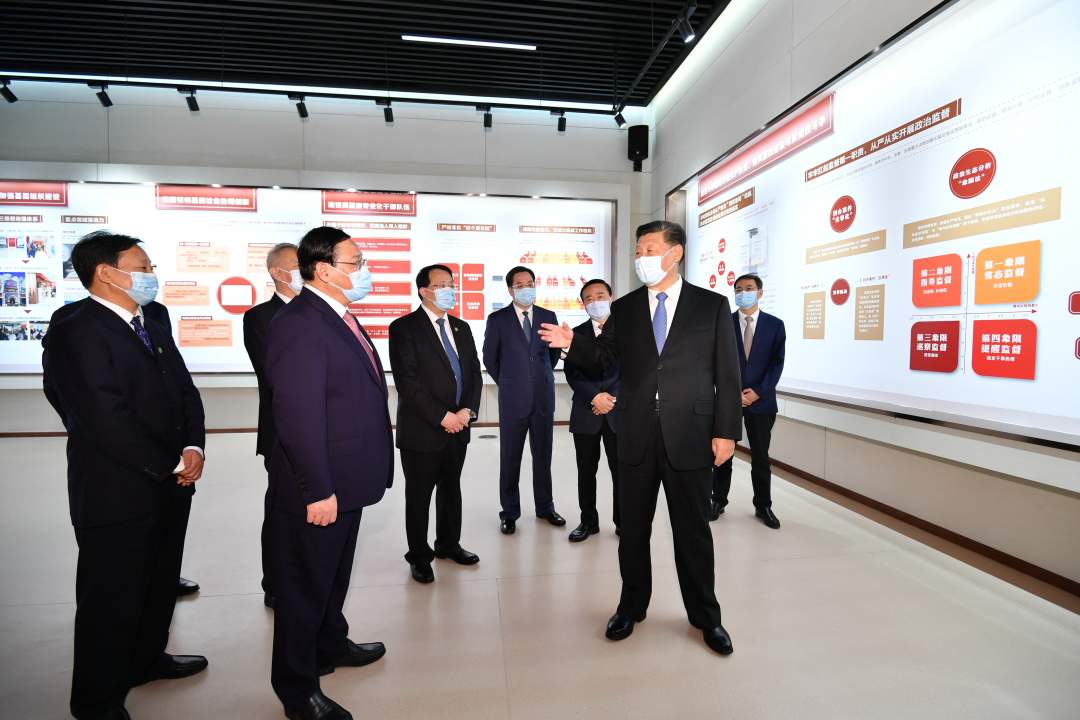