Xi attends opening of Conference on Dialogue of Asian Civilizations

Chinese President Xi Jinping on Wednesday attended the opening ceremony of the Conference on Dialogue of Asian Civilizations in Beijing and delivered a keynote speech. 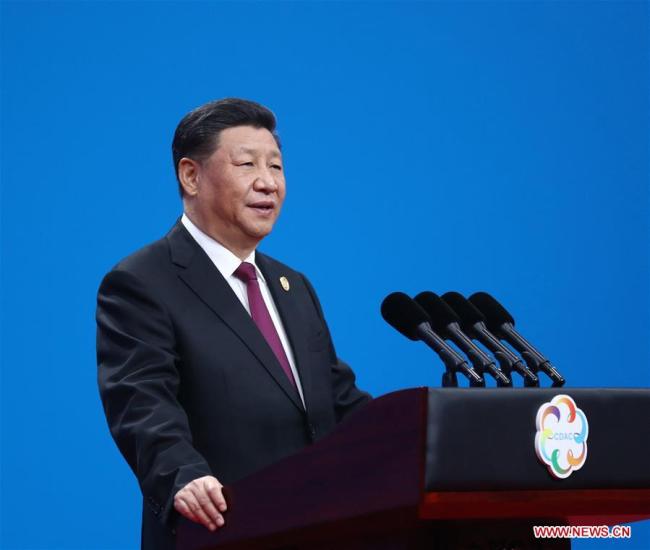 Chinese President Xi Jinping delivers a keynote speech at the opening ceremony of the Conference on Dialogue of Asian Civilizations (CDAC) at the China National Convention Center in Beijing, capital of China, May 15, 2019. (Photo: Xinhua)

He called for efforts to jointly create a brighter future for civilizations of Asia and the world.

The Chinese president raised a four-point proposal to consolidate the "cultural foundation" of jointly building a community with a shared future for Asia and humanity: treating each other with respect and as equals; appreciating the beauty of all civilizations; adhering to openness, inclusiveness, mutual learning; and keeping pace with the times.

Exchanges and mutual learning among civilizations should be conducted in a reciprocal and equal manner, and be diversified and multi-directional, he said. The exchanges should neither be compulsory or forced, nor one-directional.

Xi said in his speech that various civilizations are not destined to clash as long as people were able to appreciate the beauty of all civilizations.

Noting that Chinese civilization is an open system formed during constant exchanges and mutual learning with other civilizations, Xi said China will surely embrace the world with a more open posture and contribute more dynamic civilization achievements to the world in the future.

They stressed the need to respect the differences, uniqueness and diversity of civilizations, saying that the so-called clash of civilizations argument is a huge mistake which will damage or even cut off the bridge for civilization exchanges.

The week-long event includes an opening ceremony, panel discussions, an Asian culture carnival and Asian Civilization Week involving more than 110 activities to showcase the diversity and charm of Asian civilizations.