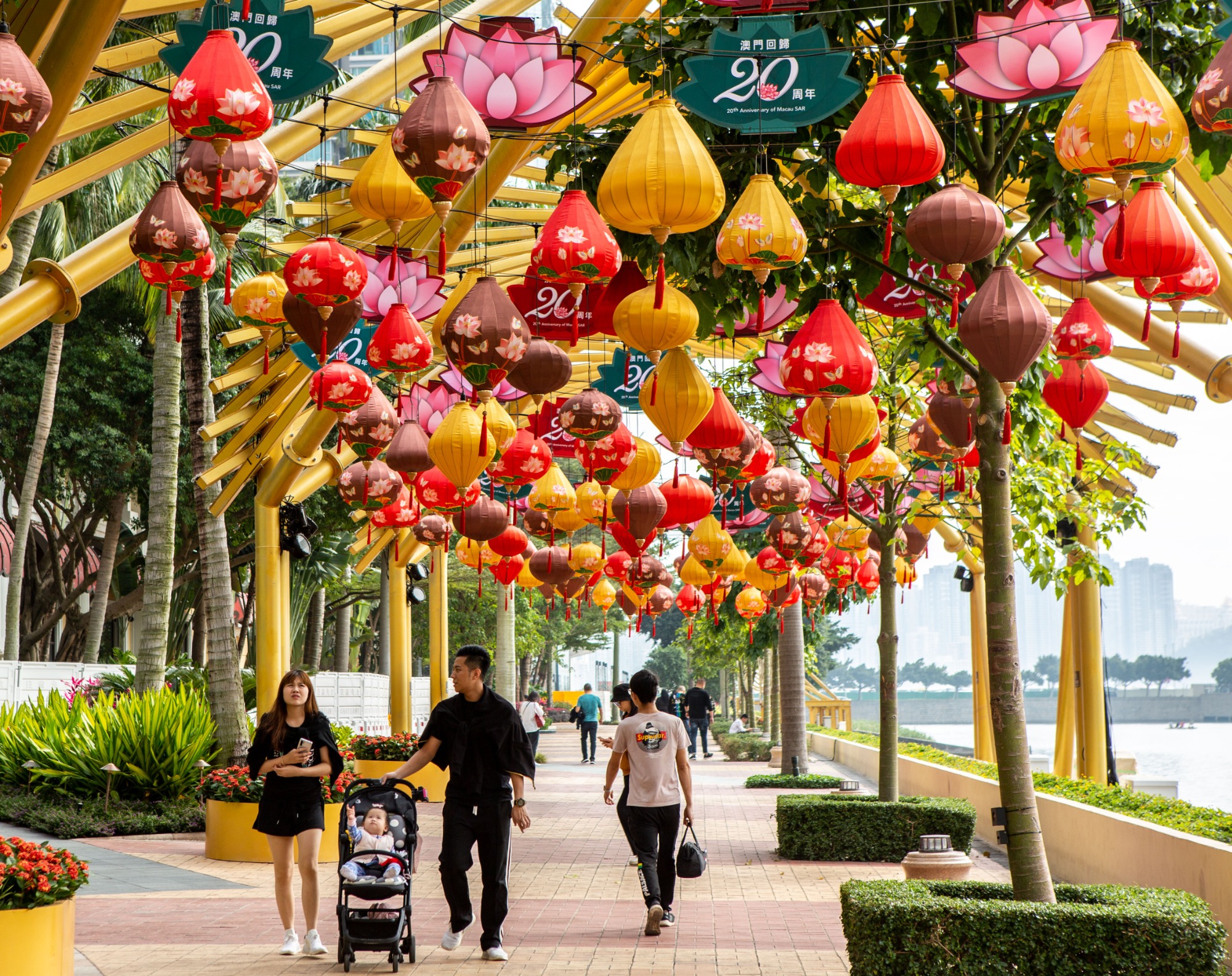 MACAO, Dec. 20 (Xinhua) -- Chinese President Xi Jinping here on Friday commended central government officials based in Macao and senior executives of local branches of mainland enterprises and institutions for their dedication to the successful practice of "one country, two systems."

In the meantime, local branches of mainland enterprises and institutions have participated in the construction of the Macao SAR, pushing forward the SAR to prosper together with Macao's enterprises, said Xi, also general secretary of the Communist Party of China (CPC) Central Committee and chairman of the Central Military Commission.

He said the 19th CPC Central Committee at its fourth plenary session had made an outline on upholding and improving the institutional system of "one country, two systems," which should serve as a guideline for the work related to Hong Kong and Macao at present and for a period to come, Xi said, urging earnest studying, understanding and thorough implementation of the outline.

Xi expressed hope that the central government officials and mainland business executives in Macao would dedicate more to the new phase of the cause of "one country, two systems" in Macao.