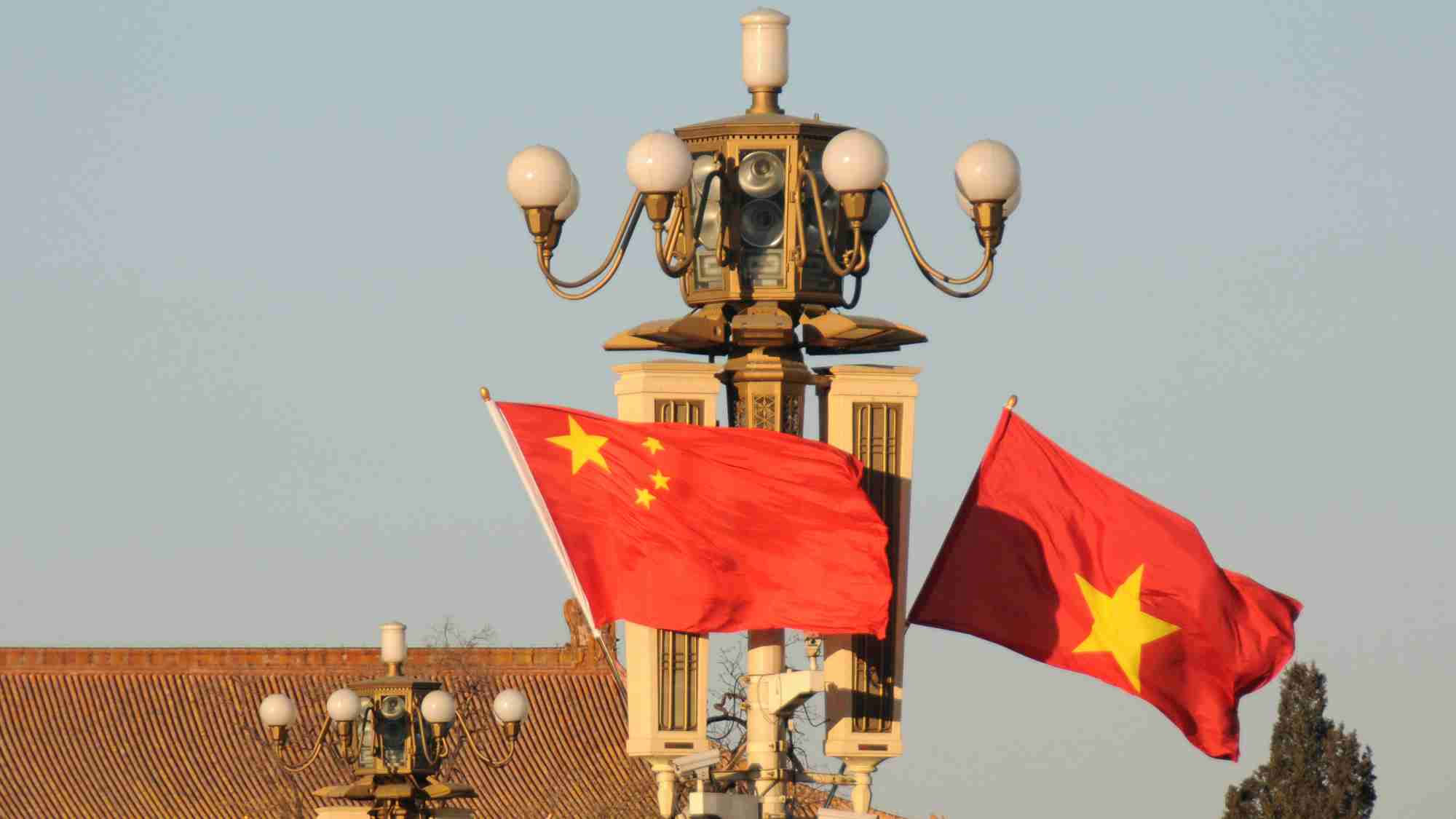 China and Vietnam are socialist neighbors linked by mountains and rivers, and are a community of a shared future with strategic significance, said Xi, who is also general secretary of the Communist Party of China (CPC) Central Committee.

Since the establishment of diplomatic ties 70 years ago, Xi said, the traditional friendship forged and cultivated by older generations of leaders of both sides has blossomed and yielded fruits, and has achieved substantial growth under the principles of "long-term stability, future orientation, good-neighborly friendship and all-round cooperation," and in the spirit of "good neighbor, good friend, good comrade and good partner."

Xi said he and Trong have exchanged visits twice, which is unprecedented in the history of the two countries' interactions. During these visits, they have reached important consensuses on consolidating good neighborliness and friendliness and deepening mutually beneficial cooperation so as to jointly usher in a new era for the relationship between the two countries and between the CPC and the Communist Party of Vietnam (CPV).

Noting that the world is undergoing profound changes unseen in a century, the Chinese president said China-Vietnam relations have also entered a critical period that builds on the past and prepares for the future.

Xi said he attaches great importance to the development of the China-Vietnam relationship, and is willing to work together with Trong to unswervingly steer the relationship in the right direction, carry forward the original aspiration of the traditional friendship between the two countries, and bear in mind shared visions and faith, as well as historical missions, so as to lift the China-Vietnam comprehensive strategic cooperative partnership in the new era to new heights.

Trong, also general secretary of the CPV Central Committee, said in his message that in the past seven decades, the two parties, two countries and two peoples have joined efforts in contributing to the success of their respective national liberations and the cause of socialist construction.

It is a historical responsibility for both countries to consistently solidify and promote their good relations, which is also in line with the common aspirations of their peoples, he added.

Vietnam has always made it a top diplomatic priority to develop relations with China, he said, adding that he is confident that with the care and guidance of the leadership of both parties and countries, the bilateral comprehensive strategic cooperative partnership will be lifted to new heights.

In Li's message, he said that under the new circumstances, the Chinese side is willing to work with the Vietnamese side, in a strategic approach to simultaneously promote maritime, land and financial cooperation, to deepen the synergy of the China-proposed Belt and Road Initiative and Vietnam's "Two Corridors and One Economic Circle" plan, as well as the collaboration in key areas such as industrial capacity and infrastructure construction.

Li also called on both sides to build a new win-win situation for mutual benefit and jointly write a new chapter of bilateral comprehensive strategic cooperation.

Phuc expressed in his message the willingness to work with the Chinese side to implement the high-level consensuses between the two countries, steadily enhance the results of bilateral cooperation in various areas, and hold successful celebrations of the anniversary of bilateral ties, so as to boost a healthy and stable development of bilateral relations.