CHINA Xi calls for deepened friendships, exchanges with other countries

Xi calls for deepened friendships, exchanges with other countries

Chinese President Xi Jinping on Friday called for deepened friendships and exchanges with people across the world, and building a community with a shared future for humanity. 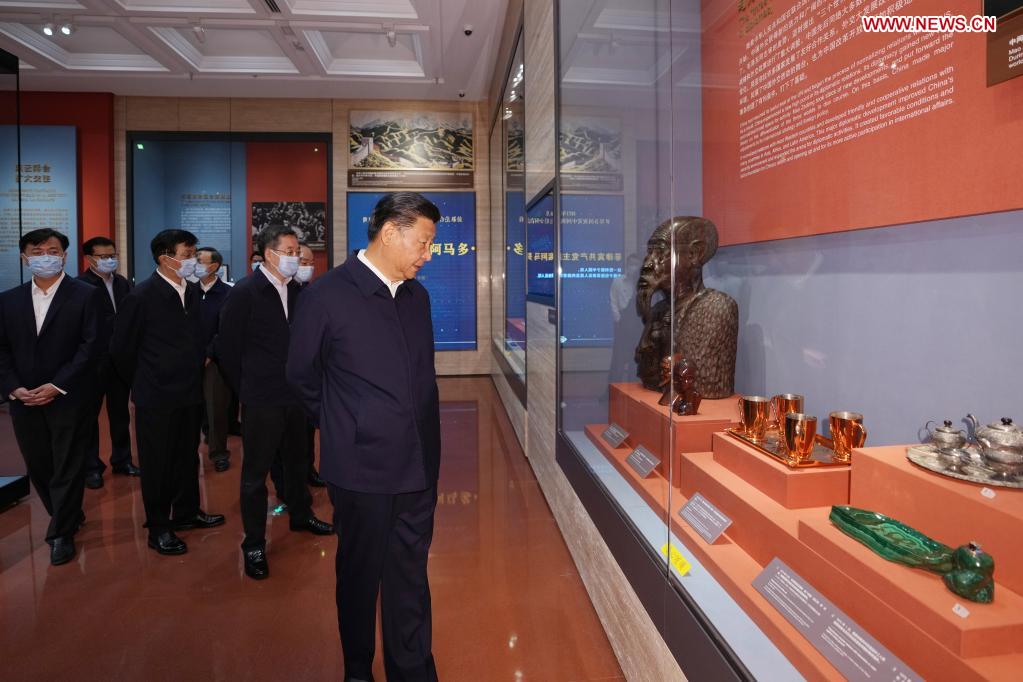 Xi, also general secretary of the Communist Party of China (CPC) Central Committee and chairman of the Central Military Commission, made the remarks while visiting an exhibition of diplomatic gifts exchanged between Chinese Party and state leaders and their foreign counterparts.

The gifts represent profound relationships between peoples of China and other countries and have witnessed diplomatic achievements made by the People's Republic of China (PRC), Xi said.

The CPC is a party striving for the well-being of the Chinese people and the progress of humanity. It will uphold peace, development, cooperation, and mutual benefit and use China's new development achievements to provide the world with new opportunities, Xi said.

The exhibition displays more than 670 gifts, over 40 photos, and nearly 100 archives, abstracts, and multimedia materials, showing the glorious journey of breaking new ground on the country's diplomatic front by Chinese Communists.

Among the exhibits is color footage of the founding ceremony of the PRC, presented by Russian President Vladimir Putin.

Other items include the tapestry "The Amazon" from former French President Georges Pompidou and the telegram from the United Nations on the restoration of the PRC's lawful seat in the organization. There are also gift porcelain swans from former U.S. President Richard Nixon.

Gifts from former and incumbent leaders of Britain, Kazakhstan, Indonesia, the Democratic People's Republic of Korea, Kenya, Greece, Bolivia, and Fiji are also on display.