Xi calls for fostering excellence at opening of hydropower station 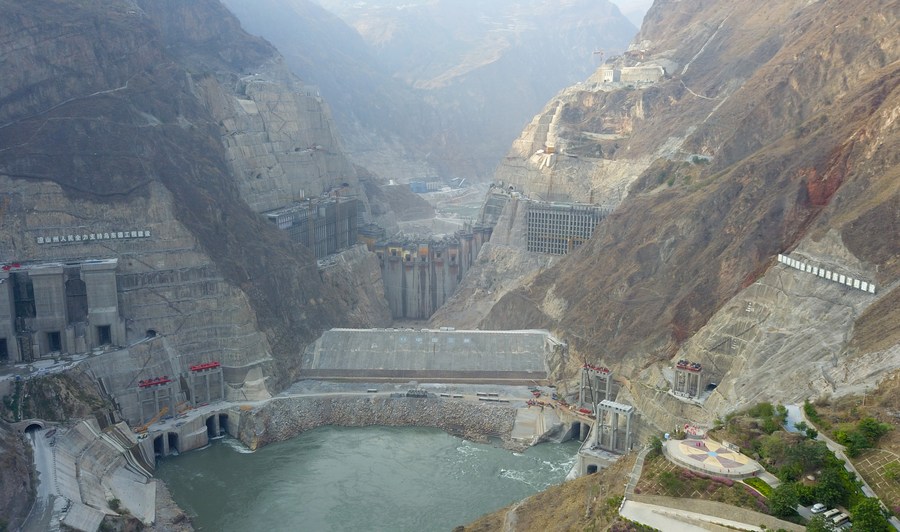 Aerial photo taken on May 30, 2019 shows the Wudongde Hydropower Station that is under construction between Luquan County in Yunnan and Huidong County in Sichuan, southwest China. /Xinhua

BEIJING, June 29 (Xinhua) -- Chinese President Xi Jinping has underlined the need to adhere to new development concepts, reach for new heights of science and technology, and foster excellence in major projects to benefit the people.

Xi, also general secretary of the Communist Party of China (CPC) Central Committee and chairman of the Central Military Commission, made the remarks while making instructions on the start of operations of the Wudongde hydropower station located on the border of Sichuan and Yunnan provinces in southwest China.

On behalf of the CPC Central Committee, Xi expressed congratulations on the start of operations of the first generating units of the hydropower station, conveying greetings to all those who have made contributions to the project.

To foster excellence in this project, which is a significant part of the country's west-east power transmission program, Xi encouraged engineers to complete follow-up construction tasks adhering to high standards, put ecology first, and pursue green development in the utilization of water resources of the Jinsha River to benefit the people in a better way.

A ceremony was held Monday via video link to mark the starting of the first generating units, with Beijing as the main venue and another two sub-venues in Yunnan and Sichuan provinces. Xi's instructions were delivered at the ceremony.

All generating units are expected to start operating before July 2021.