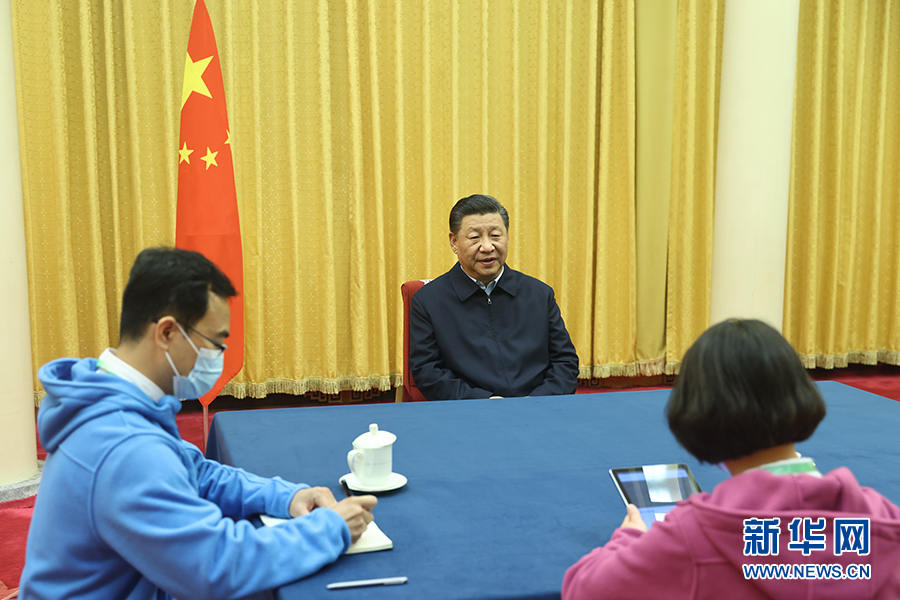 Xi, also general secretary of the Communist Party of China Central Committee and chairman of the Central Military Commission, made the remarks while taking part in the country's seventh population census.

Xi was interviewed by two census takers in the Zhongnanhai leadership compound in central Beijing on Monday afternoon.

His answers were registered on a tablet computer, and he then signed a digital form.

After his registration was completed, Xi asked about the ongoing census work and extended greetings to more than 7 million census staff.

Xi said China has the world's largest population and the demographic issue has overall and strategic significance.

Speaking highly of the previous six population censuses, Xi said the current one is a major survey conducted in the new era on the country's conditions and the national strength.

He said China now faces both the pressure of a large population and the challenges brought by demographic shifts.

Xi demanded the knowledge of population's size, structure and distribution through the census, and said the census should map demographic change trends and provide accurate statistical information for the improvement of China's population development strategy and policy system, the creation of economic and social development plans and the promotion of high-quality development.

Starting from Nov. 1, more than 7 million census takers are visiting the homes of citizens across the country to register their information, Xi said, calling on all people to support the census and offer truthful data while complying with COVID-19 control requirements.

Xi urged scientific and precise work from census agencies and staff at all levels to ensure high-quality census results.

China conducts a national population census every 10 years. The census takers across China will go door to door to document information from Nov. 1 to Dec. 10, and the main census data will be released from April 2021.