BEIJING, June 21 (Xinhua) -- Chinese President Xi Jinping said Monday that China is ready to work with the Republic of the Congo to deepen political mutual trust and share more governance experience with each other to push for greater development of bilateral ties. 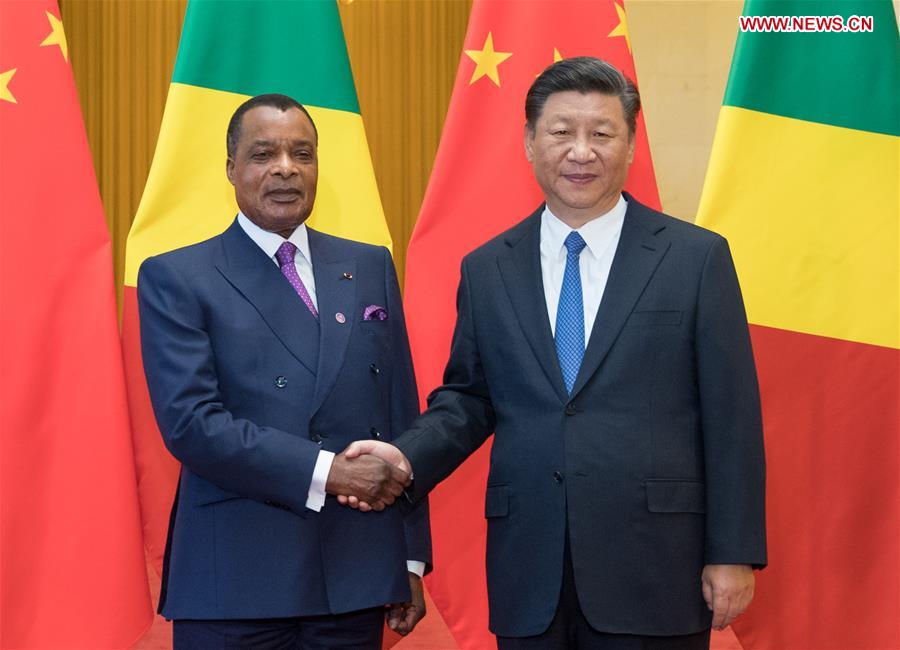 Chinese President Xi Jinping (R) holds talks with President of the Republic of the Congo Denis Sassou Nguesso at the Great Hall of the People in Beijing, capital of China, Sept. 5, 2018. (File Photo: Xinhua)

In a telephone conversation with Denis Sassou Nguesso, president of the Republic of the Congo, Xi said China is willing to jointly strive for new progress in the comprehensive strategic cooperative partnership between the two sides, so as to bring more benefits to the two peoples.

Xi pointed out that the friendship between China and the Republic of the Congo has a long history, and the two sides have always supported and helped each other, and worked closely in international and regional affairs to safeguard international fairness and justice and the common interests of developing countries.

Since last year, China and the Republic of the Congo have jointly fought against the COVID-19 pandemic and together promoted the resumption of work and production, with their relevant practical cooperation projects progressing smoothly and their friendship and cooperation ever deepened, he said.

China and Africa have jointly proposed the "Initiative on Partnership for Africa's Development" to the international community, Xi said, adding that China is willing to work with the Republic of the Congo to have more countries participate to jointly support the development of Africa.

Xi said China welcomes the Republic of the Congo's active participation in the next meeting of the Forum on China-Africa Cooperation to jointly create a new prospect in China-Africa relations.

For his part, Sassou expressed warm congratulations on the 100th anniversary of the founding of the Communist Party of China (CPC).

Under Xi's strong leadership, said Sassou, China has successfully won the battle against poverty and the COVID-19 pandemic and played a pivotal and important role internationally, and the Chinese people are marching forward on the path towards prosperity and development.

Expressing his appreciation for China's invaluable support to his country's battle against the COVID-19 pandemic and the economic and social development, Sassou said that the Republic of the Congo supports China's stance on safeguarding its core interests and opposes interference in China's domestic affairs.

The Republic of the Congo, he added, is willing to work with China to deepen their friendly ties, actively build the Belt and Road, implement the outcomes of the Beijing Summit of the Forum on China-Africa Cooperation, so as to push forward the Congo Republic-China and Africa-China cooperation to achieve more outcomes.