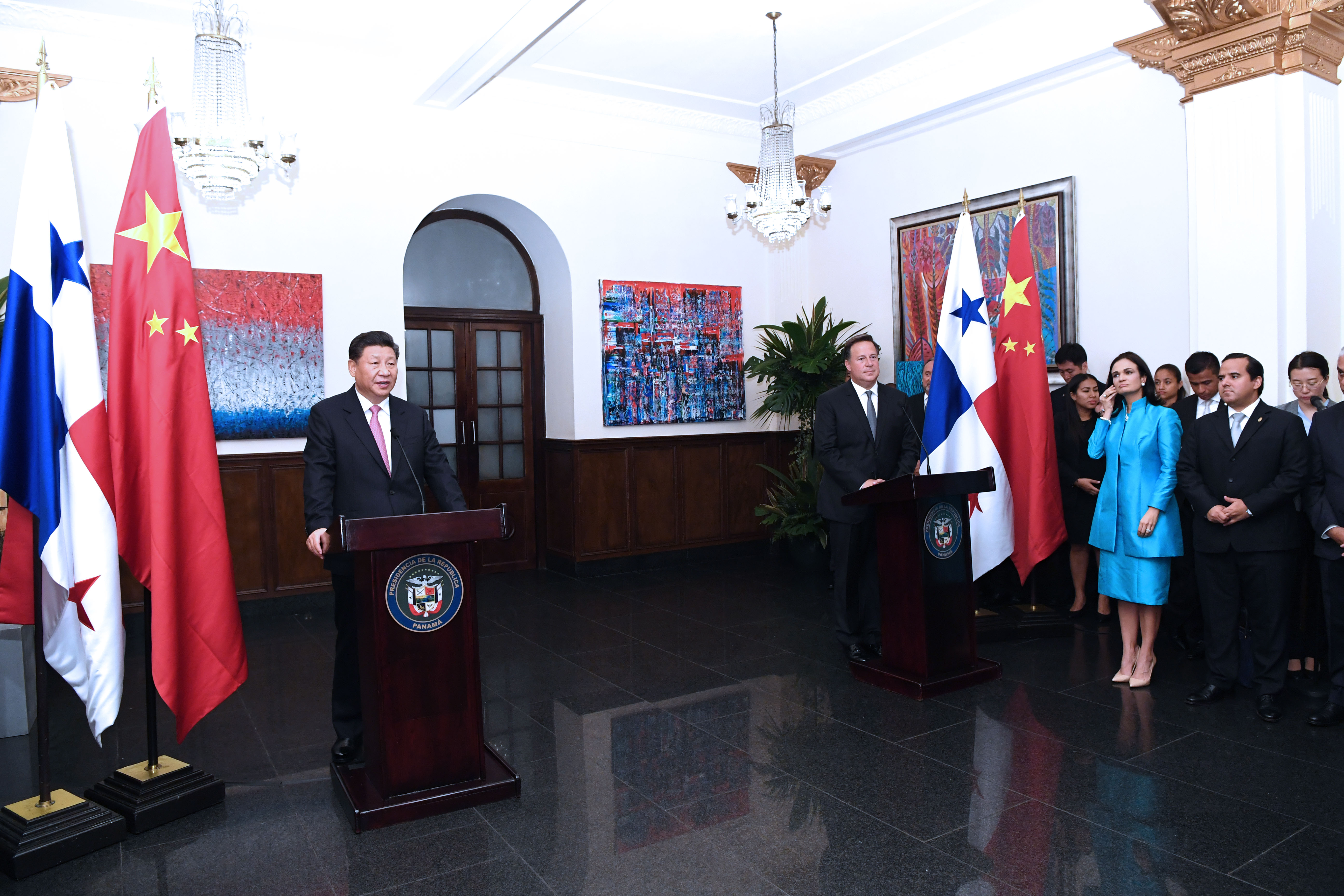 Xi made the remarks when he and his Panamanian counterpart, Juan Carlos Varela, met with a group of entrepreneurs from the two countries who were in Panama City for a China-Panama business forum.

The establishment of diplomatic ties between China and Panama in June 2017 has opened up broader prospects for bilateral cooperation in various fields, Xi said.

China, he added, opens its market to all nations in a sincere manner, welcomes companies in Panama as well as other countries across the world to invest in China, and also encourages Chinese enterprises to do business in Panama, so as to achieve common development and prosperity.

The Chinese president called on entrepreneurs from both countries to shoulder their social responsibilities, help promote friendship, and create a better future for China-Panama cooperation.

For his part, Varela said that the business circles of the two countries have long been connected through the Panama Canal, ports and the Colon Free Trade Zone, a large free port located at the Atlantic gateway to the Panama Canal.

More Chinese enterprises are welcomed to invest in Panama and take the country as a base for expanding business in Latin America, so as to facilitate the development of Panama as well as the region and achieve win-win results, said the Panamanian president.

Xi arrived in Panama City on Sunday for the first state visit by a president of the People's Republic of China to the Central American country.

His ongoing four-nation trip has taken him to Spain and Argentina for state visits and the 13th Group of 20 summit in Buenos Aires, and will conclude with a state visit to Portugal.