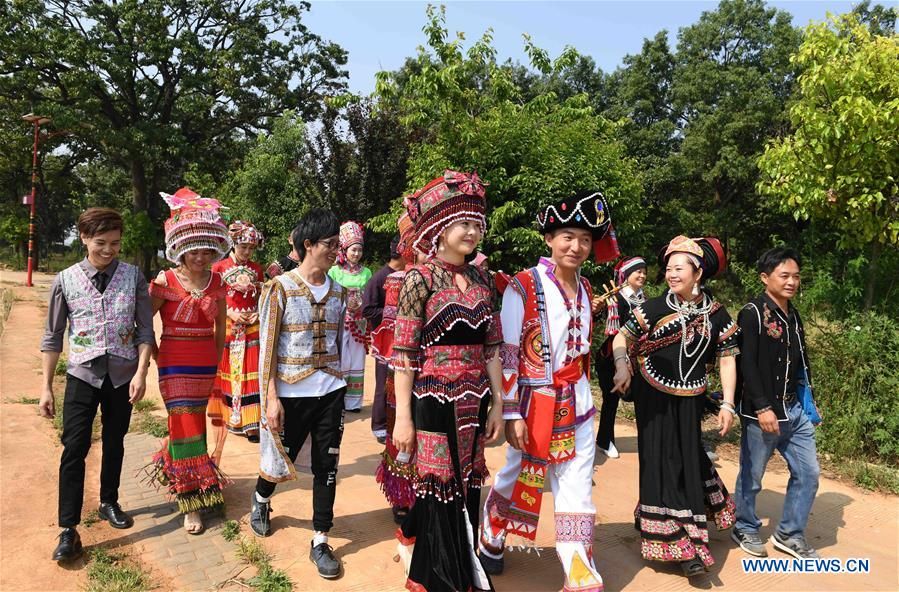 BEIJING, Sept. 27 (Xinhua) -- Chinese President Xi Jinping has stressed efforts to consolidate a strong sense of community for the Chinese nation, calling on people of all ethnic groups to unite and strive to achieve common prosperity and development and create a bright future.

Xi, also general secretary of the Communist Party of China (CPC) Central Committee and chairman of the Central Military Commission, made the remarks Friday at a gathering to honor national role models for ethnic unity and progress.

The national rejuvenation requires all ethnic groups to strive together, hand in hand and shoulder to shoulder, Xi said.

Xi presented the awards to representatives of the honorees and delivered a speech.

Xi congratulated the awarded model groups and individuals, and extended greetings to those who work on ethnic affairs across the country and all circles that pay close attention to and support ethnic unity and progress.

Applauding the achievements China has made in the field of ethnic affairs over the past 70 years, Xi said the experience accumulated should be remembered.

He also underlined solidarity, unity and cohesion in the face of complicated situations at home and abroad.

Only the CPC can achieve the great unity of the Chinese nation, and only socialism with Chinese characteristics can unite and develop all ethnic groups and make them prosper, Xi said.

Xi said ethnic affairs should be handled in accordance with the law to ensure that all citizens from all ethnic groups are equal before the law.

He also demanded high alert and resolute measures to combat all acts of infiltration, subversion and sabotage, as well as violent and terrorist activities, ethnic separatist activities and religious extremist activities.

Party committees at all levels should attach great importance to ethnic affairs, he added.

Vice Premier Sun Chunlan read the State Council's decision to honor the role models, some of whom made speeches at the event.