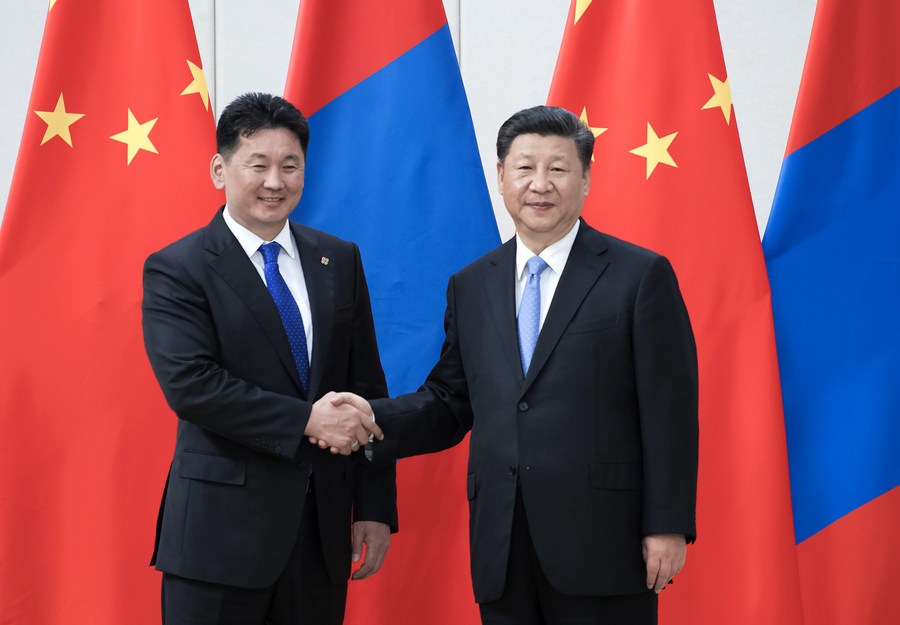 Under the current circumstances, the two countries share more and more common interests, Xi said in a phone conversation with his Mongolian counterpart, Ukhnaa Khurelsukh.

Xi stressed that China and Mongolia are friendly neighbors linked by mountains and rivers, and the development of bilateral relations maintains a sound momentum.

After the onset of COVID-19, he noted, the two countries joined hands in fighting the pandemic and deepened the friendship between their people, as demonstrated by such touching stories as China's Hubei province shipping local tea to Mongolia as gifts in appreciation of its earlier donation of sheep to China.

China is ready to continue providing support to the best of its capacity for Mongolia's fight against the pandemic, he added.

Xi added the two sides should leverage their geographical proximity to better synergize the Belt and Road Initiative and the Steppe Road program, and to strengthen cooperation in such areas as minerals, energy, infrastructure and ecology.

The Chinese side, he said, is ready to import more mineral and agricultural products from Mongolia.