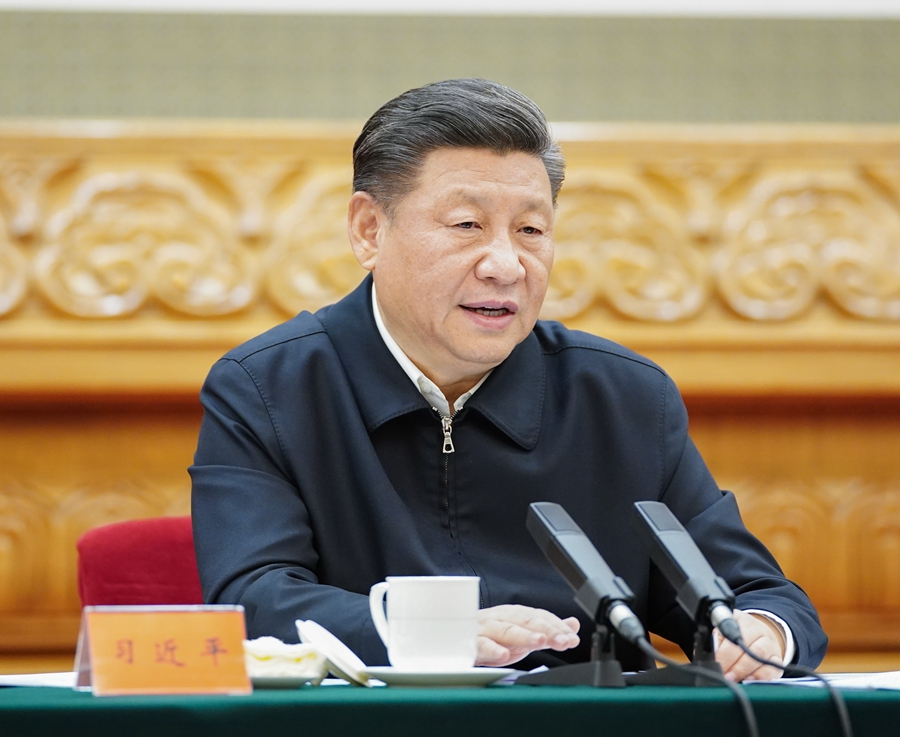 BEIJING, March 4 (Xinhua) -- Xi Jinping, general secretary of the Communist Party of China (CPC) Central Committee, on Wednesday chaired a leadership meeting to study the major tasks in preventing and controlling the novel coronavirus disease (COVID-19) and stabilizing economic and social development.
Xi made an important speech at Wednesday's meeting of the Standing Committee of the Political Bureau of the CPC Central Committee. 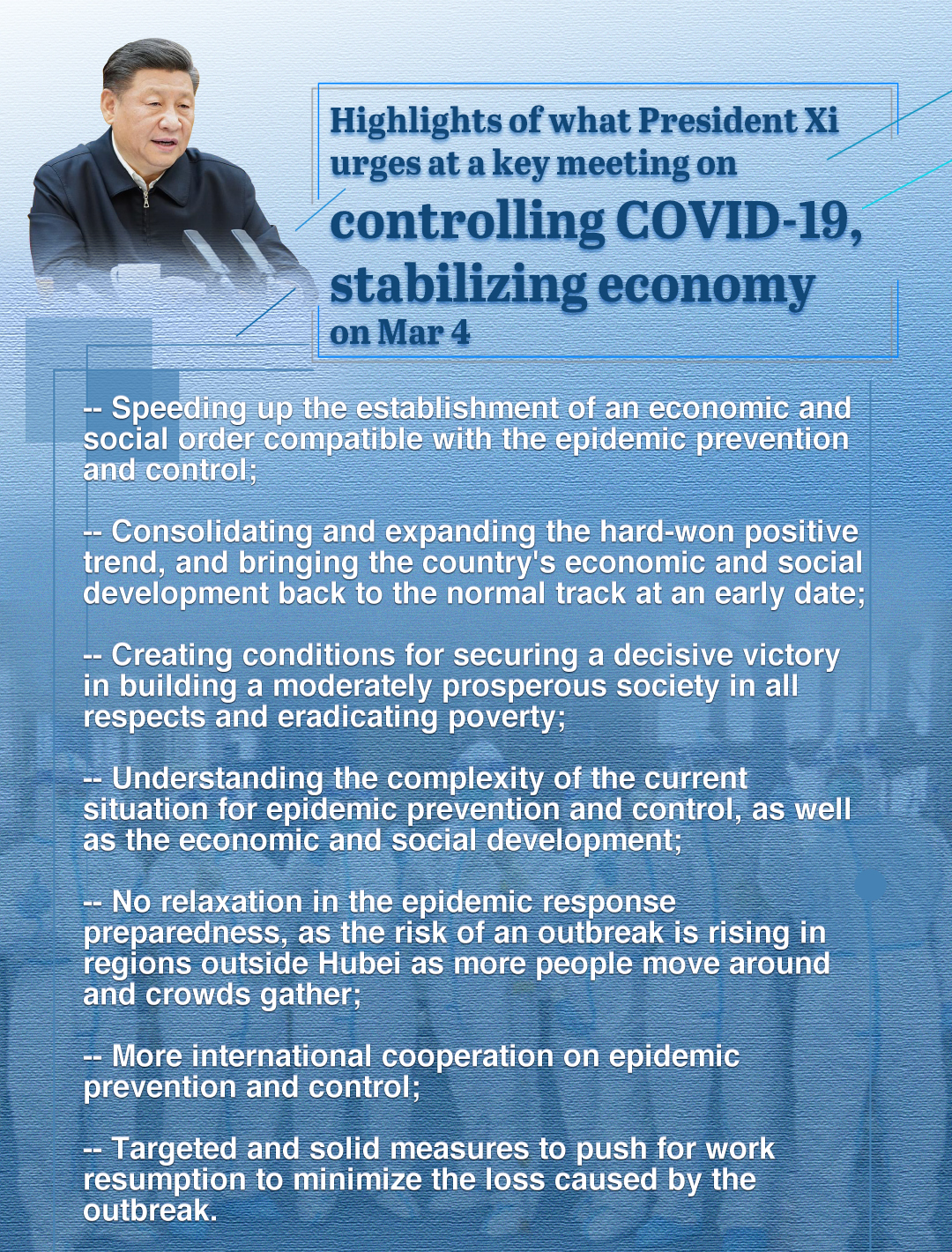 After the whole country's arduous efforts, a positive trend has emerged as the epidemic prevention and control situation has seen steady improvement and the resumption of the order of work and life has been accelerating, Xi said.
He called for speeding up the establishment of an economic and social order compatible with the epidemic prevention and control, urging efforts to consolidate and expand the hard-won positive trend, bring the country's economic and social development back to the normal track at an early date, and create conditions for securing a decisive victory in building a moderately prosperous society in all respects and eradicating poverty.
Xi stressed a clear understanding of the complexity of the current situation for epidemic prevention and control, as well as the economic and social development.
While the task of containing the epidemic remains arduous and onerous in Hubei and Wuhan, the risk of an outbreak is rising in other regions as more people move around and crowds gather, Xi said, demanding no relaxation in the epidemic response preparedness.
Noting that China should play its part as a major and responsible country, Xi required more international cooperation on epidemic prevention and control.
Xi demanded targeted and solid measures to push for work resumption to minimize the loss caused by the outbreak.
Party committees and governments at all levels should implement the policies and decisions made by the CPC Central Committee, Xi said, calling for seeking truth from facts, and resolutely guarding against the practice of formalities for formalities' sake and bureaucratism.