BEIJING, Feb. 21 (Xinhua) -- The Political Bureau of the Communist Party of China (CPC) Central Committee on Friday held a meeting on the prevention and control of the novel coronavirus disease (COVID-19) and the coordination between the epidemic control and economic and social development. 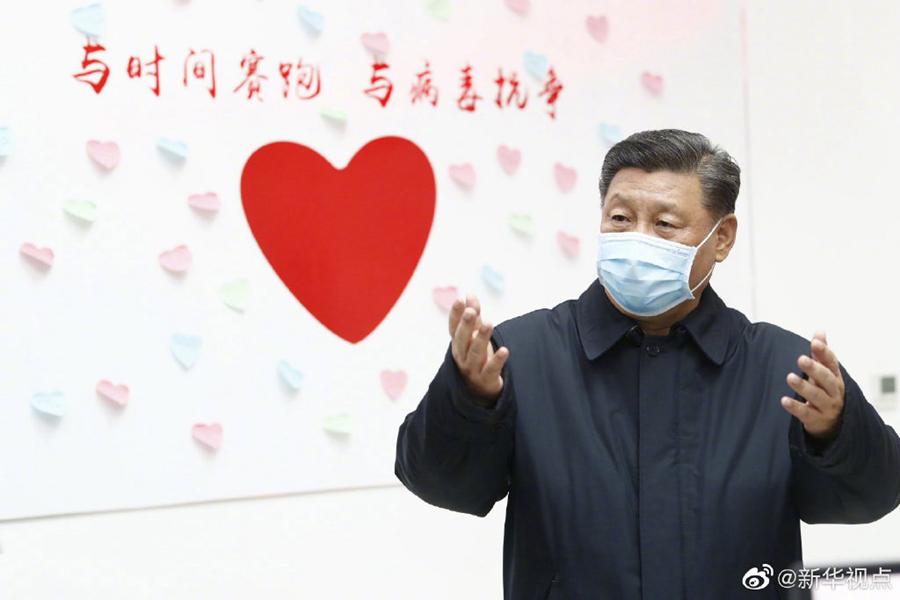 Xi Jinping, general secretary of the CPC Central Committee, chaired the meeting.
The meeting came two days after Xi chaired a meeting of the Standing Committee of the Political Bureau of the CPC Central Committee to hear reports on the epidemic prevention and control and the coordination between epidemic control and economic and social development.
Since the outbreak of the COVID-19 epidemic, the CPC Central Committee has attached great importance to the epidemic control, with Xi paying constant attention to the situation, making the epidemic prevention and control the most important task, and personally directing the work and making arrangements, said an official release of the meeting.
China's epidemic prevention and control efforts have won extensive support from the international community, said the release.
The spread of the COVID-19 epidemic has preliminarily been contained, according to the meeting, which cited the overall declining trend of the new confirmed and suspected cases across the country and the rapid increase of the number of cured patients, especially big drops in the new cases outside the epicenter Hubei Province.
The release said the nationwide inflection point of the epidemic has not yet arrived, and the situation remains grim and complex in Hubei and its capital city Wuhan.
It demanded unremitting efforts of Party committees and governments at all levels to secure a full victory in the people's war against the epidemic.
Highlighting differentiated containment strategies, the meeting demanded resolute efforts in Hubei and Wuhan to curb the spread of the virus, improved treatment for patients, strengthened support of medical personnel and supplies, and all-out epidemic control efforts in Beijing.
The meeting also called for more care for frontline medical staff and ensuring the production of medical materials as well as the supply of daily necessities.
The meeting underlined the tremendous resilience and potential of China's economy despite the notable impact brought by the epidemic.
The fundamentals of China's long-term economic growth remain unchanged, according to the meeting.
The meeting required establishing an economic and social order compatible with the epidemic control and pushing for the resumption of work and production in an orderly manner.