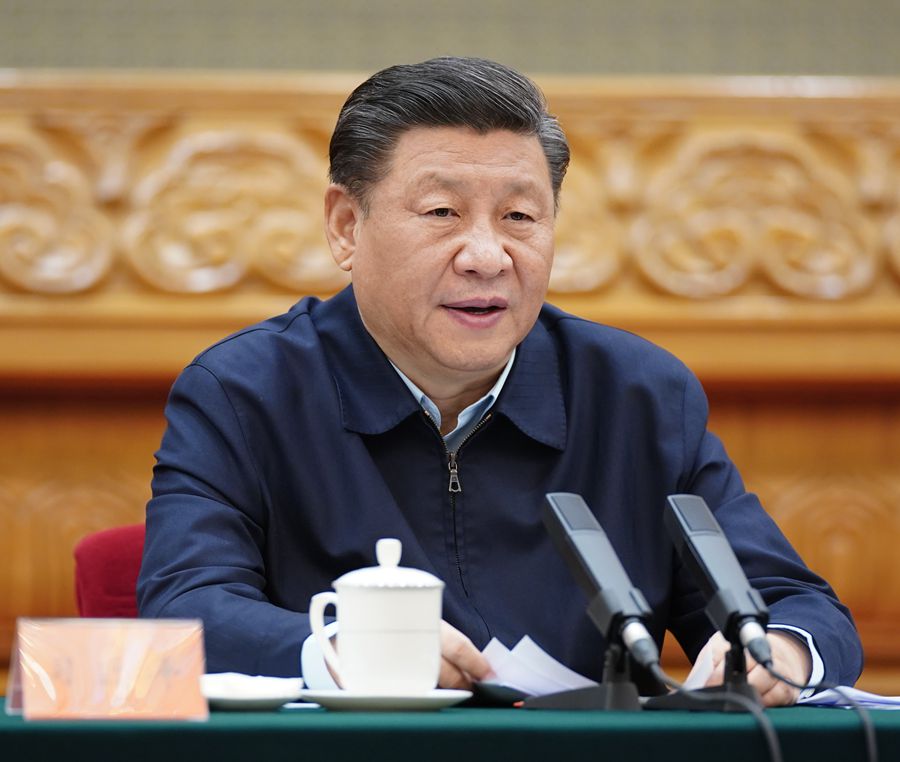 The meeting of the Political Bureau of the CPC Central Committee also studied the current economic situation and made arrangements for economic work.
The meeting came two days after Xi presided over a meeting of the Standing Committee of the Political Bureau of the CPC Central Committee, also on the epidemic response and economic situation.
Friday's meeting pointed out that while the positive momentum in China's epidemic response is being consolidated, the task remains formidable, requiring control measures on a regular basis and strengthened efforts to guard against both imported infections and domestic rebounds.
The meeting stressed continuous epidemic response measures in hard-hit Hubei Province and its capital city Wuhan, including extensive nucleic acid testing among key population groups and those who volunteer to get tested.
The epidemic prevention and control work in Beijing should be further strengthened, while targeted measures should be taken across the country to guard against rebounds in cases, according to the meeting.
The meeting also called for building stronger defense at border cities against the virus, stressing better allocating medical resources and improving quarantine and testing capacities in these cities.
"The first quarter of 2020 was extremely unusual," a statement issued after the meeting said, noting that the sudden COVID-19 outbreak had an unprecedented impact on China's economic and social development.
China's economy has demonstrated great resilience, the statement said, adding that work and production are gradually getting back to normal levels, with the rapid development of many new industries and businesses amid the epidemic.