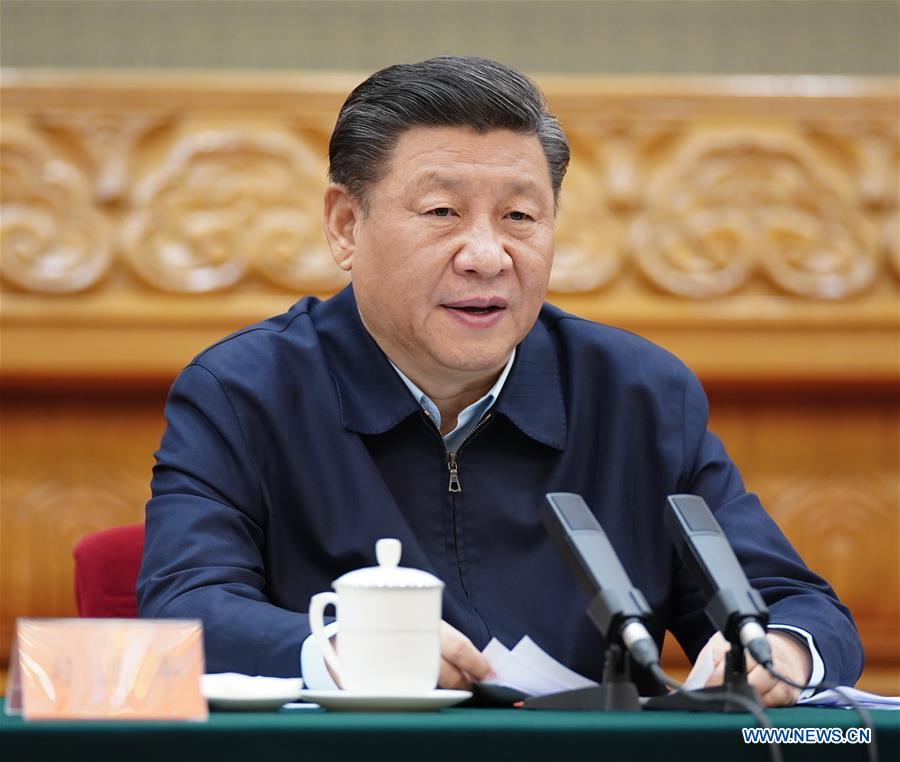 BEIJING, May 14 (Xinhua) -- Xi Jinping, general secretary of the Communist Party of China (CPC) Central Committee, on Thursday chaired a leadership meeting on the effective implementation of regular epidemic prevention and control measures.

The meeting of the Standing Committee of the Political Bureau of the CPC Central Committee also studied measures to boost the stability and competitiveness of industrial and supply chains.

Noting the complex COVID-19 situation overseas and the arduous task of preventing domestic rebounds, Xi demanded unremitting efforts to forestall imported infections and domestic resurgence by ensuring that the prevention and control measures are implemented down to every detail.

"We must never allow our hard-earned previous achievements on epidemic control to be made in vain," Xi stressed. "We must ensure the victory in the battle against extreme poverty and the completion of the building of a moderately prosperous society in all respects."